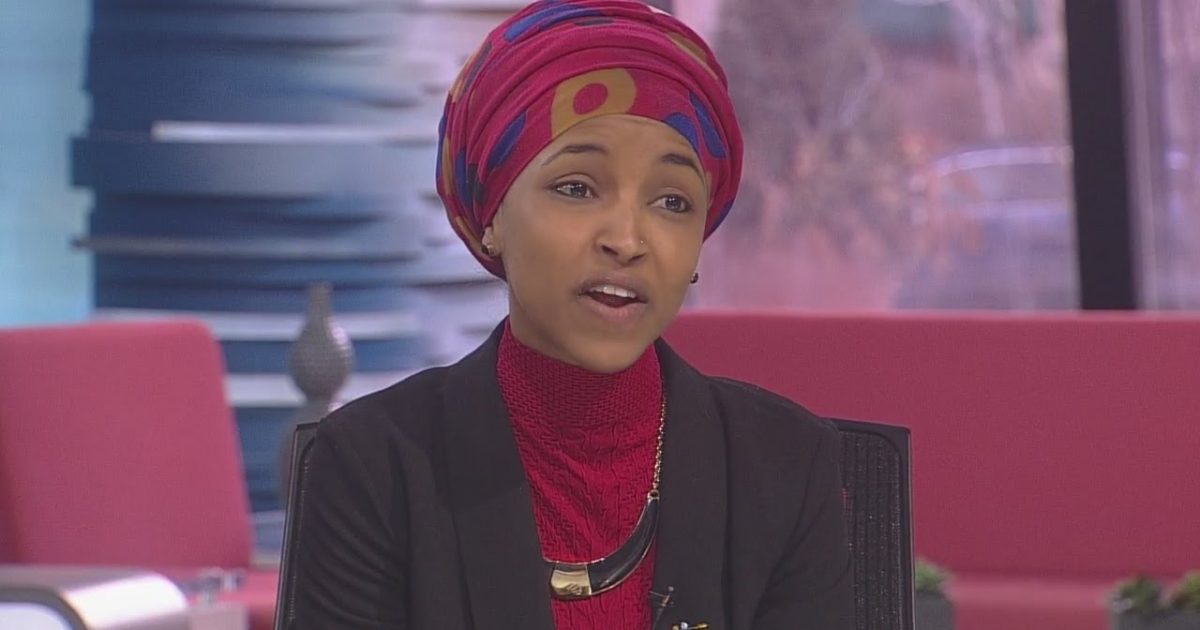 A petition posted online by Laurie Cardoza-Moore, the president of Proclaiming Justice to the Nations, demands the immediate resignation of Rep. Ilhan Omar, D-Minn., for her anti-Semitic agenda and questionable ties to groups like the Council on American Islamic Relations (CAIR).

“Today I am emphatically calling on all PJTN ‘Watchmen’ and all concerned Americans to join ‘The Million Signature March,’ a national petition to demand the immediate resignation of Minnesota Congresswoman Ilhan Omar,” she said.

“Time is urgent! When news broke last week of her shameful anti-Semitic messaging, President Trump called for her to resign from her congressional seat. Even her own Democrat colleagues echoed Speaker Nancy Pelosi’s tepid call for Omar to apologize,” she added.

“Do we have valid reasons to know that she is a threat to our national security?” she asked.

“Yes,” she said in response to her own question, adding:

She also quoted a tweet Omar posted in 2010 which read: “Israel has hypnotized the world.  May Allah awaken the people and help them see the evil doings of Israel.”

Worse yet, Cardoza-Moore said, Omar has been appointed to the House Foreign Relations Committee, where she is “privy to the classified information.”

“Ilhan Omar must learn that concerned Americans such as you and me stand firmly with our Jewish brethren. We must stand in solidarity to affirm that she will not be allowed to use the heart of American democracy and freedom to defame God’s chosen people and God’s chosen land,” she added.

Cardoza-Moore serves as special envoy to the United Nations for human rights and anti-Semitism on behalf of 44 million Christians.

“Ilhan Omar tricked her electorate into voting for her by lying about her support for Israel. She supports the destruction of the state of Israel and is a virulent anti-Semite with close connections to the Muslim Brotherhood. As American patriots and people of faith, we cannot afford to standby as she continues to sow religious hatred. Proclaiming Justice to The Nations has launched a nationwide petition demanding her immediate resignation. We will continue to act as a firewall around the Jewish people, whenever Jew hatred arises, because their God is our God and their values are our values,” Cardoza-Moore explained.

The petition, which can be seen here, also notes Omar’s ties to “several Muslim Brotherhood front groups” and calls on the Justice Department to “launch a full and thorough investigation into this matter of national security.”

Here’s a video explaining the petition: