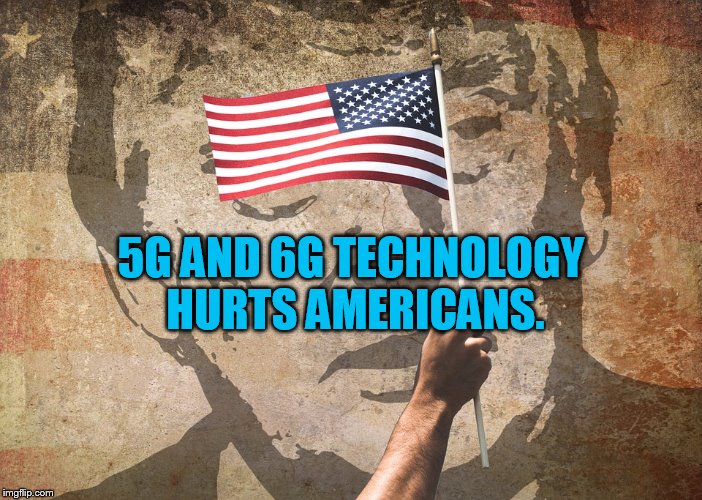 The Telecom Industry can’t even say that 5G technology is safe.  Insurance companies don’t even cover them anymore – it’s too risky.

The Federal Communications Commission (FCC) is also being investigated for COLLUSION with the Telecom Industry regarding already passed federal 5G legislation that eliminated municipal control over the installation of risky and harmful 4G and 5G small cell tower and infrastructure technology.

An increasing number of Americans are fighting this legislation – and installation – everywhere including doctors, elected officials, environmentalists, scientists, and tribal groups.

Not only that – embarrassingly awful Internet of Things (IoT) technology is part of the 5G game plan.  IoT has been lambasted by security experts for the past few years because of its almost 75% failure rate.  Almost 75%!  By most people’s standards –probably even Trump’s – IoT would be considered for losers. Even more bizarre – since Trump can’t stop insisting we need better national security, why would he support the installation of IoT anywhere?  Besides it being a cybersecurity nightmare – incorporating all of this new related technology is part of the Green New Dealwhich Trump has vehemently claimed is un-American.

Regardless – Trump tweeted yesterday in support of harmful 5G and even 6G technology.  (See 1, 2, 3)  Has 6G even been tested yet?  All of this completely contradicts Trump’s campaign promise to “Give the country back to the people.”  So WTF?

I want 5G, and even 6G, technology in the United States as soon as possible. It is far more powerful, faster, and smarter than the current standard. American companies must step up their efforts, or get left behind. There is no reason that we should be lagging behind on………

….something that is so obviously the future. I want the United States to win through competition, not by blocking out currently more advanced technologies. We must always be the leader in everything we do, especially when it comes to the very exciting world of technology!

So how does competing to win the race to be the first to install any of this risky new technology“Make America Great Again”?