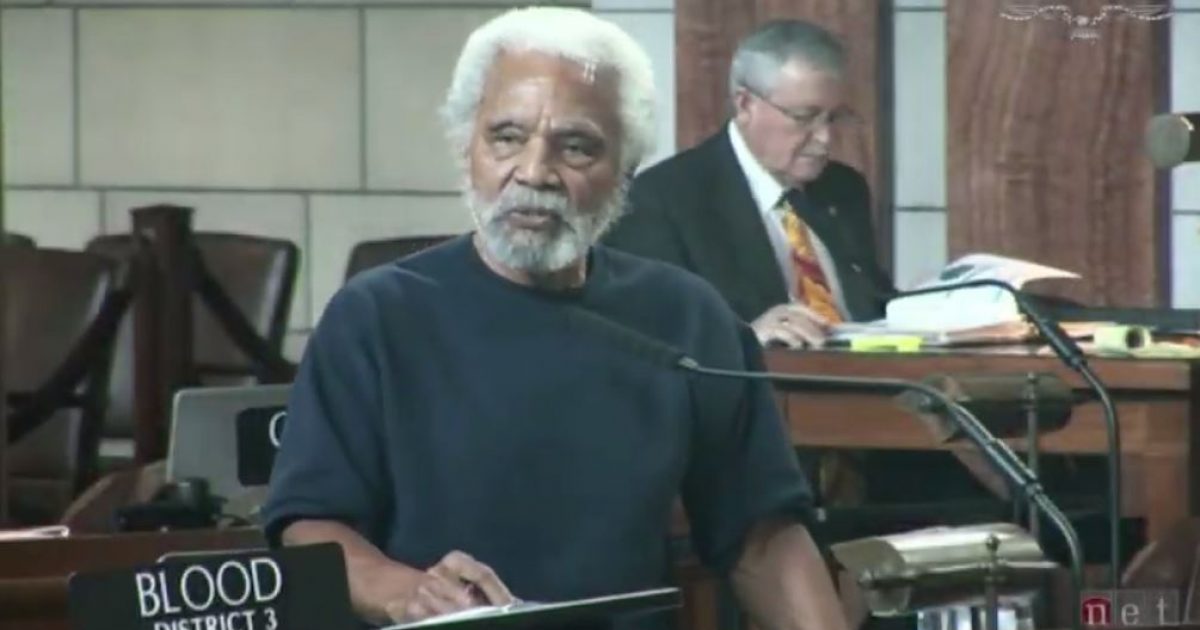 Perhaps he watches too much MSNBC… On Thursday, the Washington Examiner reported that Nebraska state Senator Ernie Chambers, a registered independent who, the Examiner said, “refers to himself as ‘the defender of the downtrodden,’” compared the U.S. flag to the Nazi swastika during a discussion on a measure intended to update school civics requirements and make students more literate in “knowledge in civics, history, economics, financial literacy, and geography.”

“I don’t come here for this rag every day, and it’s a rag. That’s all it is to me,” he said of the flag on the floor of the legislature. “When you show a way to persuade Jews to sanctify and worship the swastika, when you show me that I’ll come up here and stand while you all hypocritically pretend that rag is something that it definitely is not.”

It seems to us that Chambers is in need of remedial training to become a bit more literate in “knowledge in civics, history, economics, financial literacy, and geography.”

“Sen. Chambers’ comments not only degrade a symbol of ultimate sacrifice for our nation, but they also minimize the horrors and millions of lives lost in the Holocaust,” said state Sen. Julie Slama, the legislator who introduced the measure.

According to John Gage, Chambers “is no stranger to controversy, having attempted to sue God over ‘destruction and terrorization of millions’ in 2007 and in 2015 calling the police ‘my ISIS.’”

And, the report said, this isn’t the first time he’s compared the flag to the swastika.

Here’s video, courtesy of the Examiner: