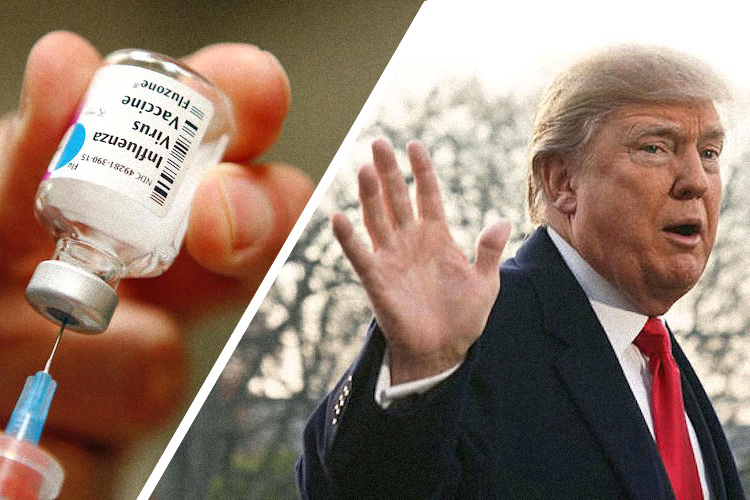 Our heartfelt condolences go out to everyone who has lost a loved one due to complications from “The Flu.”  However, some children and adults can and have been injured by flu shots and other vaccinations.  Many Americans are also still unaware that for 30+ years now, the U.S. government has recognized this and there has been a National Vaccine Injury Compensation Program for those who have been injured.  No wonder Donald Trump (and so many others) are opposed to mandatory vaccinations – especially for “The Flu” – which isn’t fatal in most cases.  See also 1, 2

A Dec. 1, 2018 update by the U.S. Health Resources and Services Administration (HRSA) on the federal Vaccine Injury Compensation Program (VICP) reported that the total amount of awards to children and adults who have been injured or died after receiving federally recommended childhood vaccines has surpassed $4 billion.1 2

The VICP was created by Congress under the National Childhood Vaccine Injury Act of 1986 as a federal compensation system alternative to vaccine injury lawsuits filed in civil court.3

According to an article published in Fair Warning, almost no media attention has been given to payouts made to vaccine victims by the government, which are adjudicated in the U.S. Court of Federal Claims (also known as “Vaccine Court”).1 Fair Warning points out that one of the reasons that the “Vaccine Court” works in relative obscurity is because public health officials maintain that “vaccines provide vast public health benefits” and are reluctant to talk about vaccine casualties for fear that publicity about vaccine injury compensation awards would dissuade the public from getting vaccinated.1

The HRSA report reveals that over the past 30 years (since 1989), the VICP has received 20,123 petitions claiming vaccine injury and death, out of which 18,000 claims have been resolved. Of those 17,576 cases, 6,313 cases (about two out of three claims) have received compensation awards via settlements or judgments.1 2 Nevertheless, HRSA does not acknowledge that vaccine injuries are rare and estimates that one person has been compensated for every million doses distributed in the United States.1However, HRSA fails to acknowledge that there is no mechanism for measuring how many injuries and deaths after vaccination have occurred but have never been reported.

Download Your First Issue Free!
Do You Want to Learn How to Become Financially Independent, Make a Living Without a Traditional Job & Finally Live Free?

The issue at hand is that the number of petitions to the VICP has dramatically increased over the last few years. Approximately $1 billion (a quarter of the total amount of payout since 1989) has been given out to vaccine-injured victims in just the last four years.1

Fair Warning quotes Barbara Loe Fisher, co-founder and president of The National Vaccine Information Center, who said, “We’re bitterly disappointed. In my view, this has been turned into stockholder’s dream and a consumer’s worst nightmare,”1 She noted that two thirds of petitioners to the VICP are turned away, which deviates from the original purpose of the VICP—to presume causation unless there is another biologically plausible explanation for the injury or death following vaccination.1

In 2014, the Government Accountability Office (GAO) was critical of the VICP, pointing out that most claims took multiple years—some more than a decade—to be resolved.4

It’s worth noting that exposure to all sources of cell phone and wireless (aka microwave) radiation can also cause or increase flu-like symptoms and illnesses and a “Flu Shot” won’t protect anyone from this.  So if you or a loved one is under-the-weather, eliminating or at least reducing exposure to digital, electronic and wireless devices may help speed recovery.

RESONANCE – BEINGS OF FREQUENCY from james russell on Vimeo.