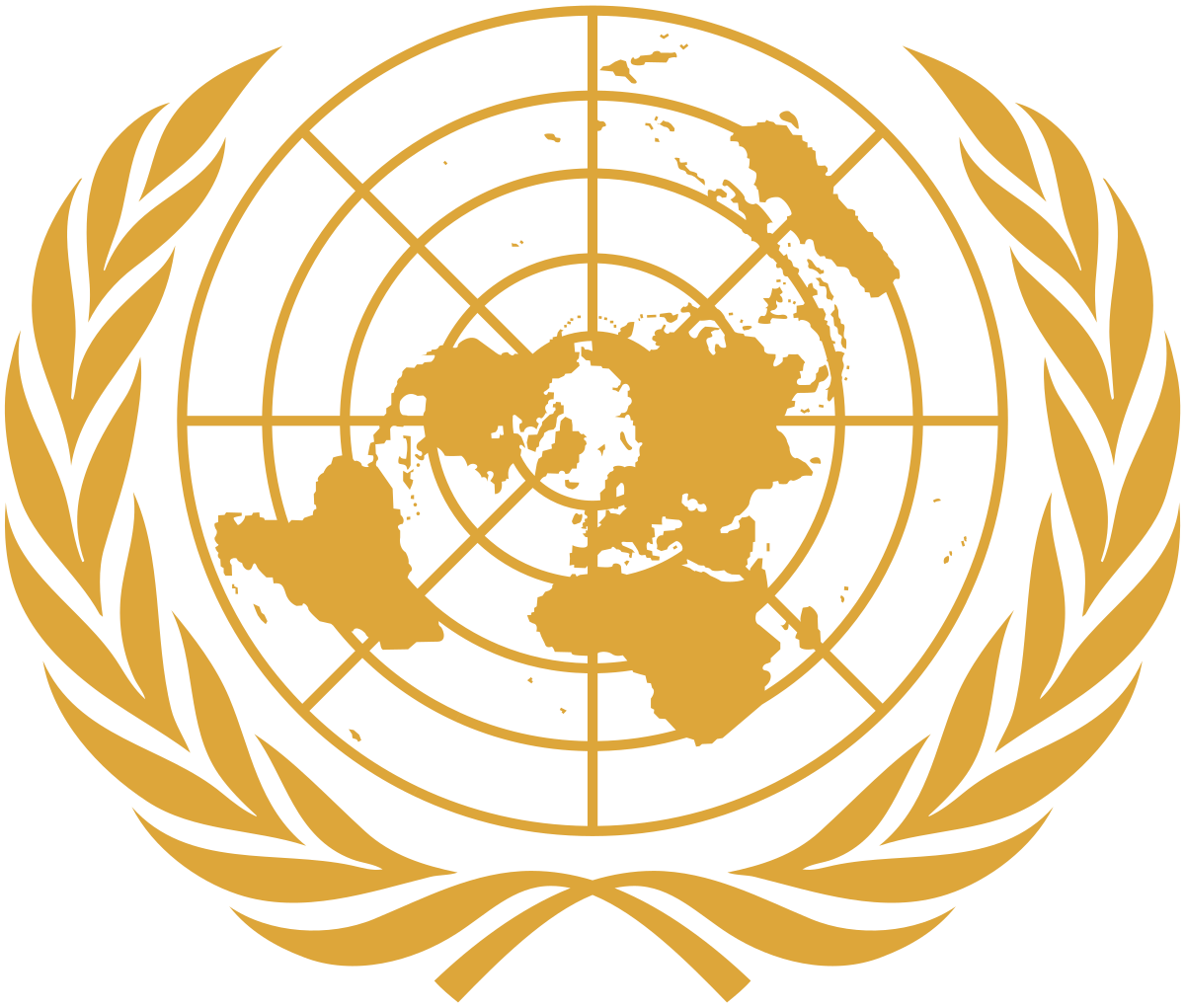 Anti Fed Ed Warriors, as we begin our last week of Feb. 2019, let’s look a bit deeper into the UNAI (United Nations Academic Impact). I first revealed this group, last week, in my post about “Good Job Vs Bad Job”.

As I stated in that article, the ‘academic impact’ is an elite project to usher in the SDGs (Sustainable Development Goals) all over America. The UN also has many partnerships with academic institutions all over America. These “Partner Schools” have ongoing UNagenda items to complete, including the SDGs.

(In the original article I featured this picture in, it was to illustrate how embedded the United States already is, as far as the UN/UNESCO SDGs. We’ve not slowed down since then, either.)

Warriors, also in that original article I was expressing concern over President Trump’s support for the UN. That concern should be ever before us, as a nation, as long as ANY federal leader continues to support the United Nations. It’s an anti-USA organization!

ICYMI: Early Feb. 2019, the Presidential proof of his support for STEM and U.S. Congressional STEM legislation.

Now, we’ll look at the latest person to be nominated as the US Ambassador to the UN, near the end of this article. First, I’d like to share a couple of ‘extra special’ UNAI groups.

Headquartered in New York City, NY (*Note: a large portion of the UNAI groups are based in NY), this group conducts a large amount of ‘business’ around the world. Below is a screen shot from the Post Conflict Foundation. I’ve contrasted it with U.S. Senate Bill 116.

While this UNAI group is headquartered in NY, it appears almost no American activity is taking place.

Will that change, as similar as S 116 is, to the overall mission of the Foundation for Post Conflict Development?

We’ll need to see. Since the Foundation is so devoted to the SDGs, we know that’s a definite tie to America. How? America’s totally on board with the SDGs.

One last note about this Foundation, an exclusive on-line education portal is in the works. The portal will be accessible to the US. The focus ? Peaceful resolutions. In American education, that translates to SEL (Social Emotional Learning) components.

Below, an older screen shot (2018) from my blog showing the many different ways SEL is embedded in ESSA (Every Student Succeeds Act). ESSA will tie to S 116, if made into law.

World Engagement Institute (WEI):
Website: http://www.weinstitute.org/
Headquartered in Chicago, IL, this Institute is an INGO (International Non-Government Organization). As such, it’s an IL based non-profit group.

Across the globe, other countries have used these groups as well. However, with the UN/UNESCO driven shift to one-world-everything, this is where an INGO enters. NGOs are proving to be useless and dated in the modern era of world-wide finance and technology. International non government organizations are the answer. I kid you not.

As far as the ‘academic’ ties of WEI, they include the NWEA (North West Evaluation  Association), a well known CCSS Machine member, the USAID (a federal government arm which is very much a part of the CCSS Machine), and, the UN’s Academic Impact (UNAI). To see the many UN affiliations WEI has, go here. To see the academic partners of WEI(where you’ll find NWEA, Boston College, and others), go here. (*Note: Boston College is a CCSS Machine member, especially for special needs.)

Warriors, we’ve all seen those annoying Facebook ads, right? Well, in the last 2 weeks I received one about “Early STEM Exposure Through Career Focused PBLs (Project Based Learning)”. The blurb included a description of the ability to transform traditional K-12 classrooms to PBLs. The purpose? Exposure to STEM concepts/careers as early as kindergarten via Defined STEM.

(Source for the 2014 EdTech Times interview. Be sure to read it. Teachers are thrown under the bus.)

If you’d like to learn about the Defined STEM PBLs, go here. If you doubt PBLs are CCSS, or that CCSS and STEM are connected, look below, then read this.

Why change America? Ah, that’s the $64 million dollar question..with a free researched answer. The purpose is to mind-numb Americans for a 100% global citizenship agenda. As you read, starting as young as kindergarten.

I’ve written previously (2015) on the federal level STEM push for PreK and K. Believe it or not, it tied to the American Import/Export law. What you see below, is from that 2015 article.

Meet President Trump’s New UN Ambassador From The US:

Warriors, the Washington Post recently announced that Kelly Knight Craft has been chosen by President Trump to be the newest UN Ambassador for the United States.

Her connections to the global agenda: Former President George Bush (#43)

(*Note: It was President Bush (#41) who sold us out to the globalization of the New World Order, #43 extended that, as has every President between them and since them.)

**So, Warriors, should we be concerned how much globalization Craft will bring American education? I believe so. My thanks to Alison McDowell, who helped provide the following leads.

1) Craft’s hometown of Glasgow, KY is near the Strive Together/Lumina ‘cradle to grave’hub.

2) Craft can be tied to her local Chamber of Commerce, KY’s Chamber of Commerce, VP Mike Pence ( a huge CTE, Career Tech Education supporter), and  Gov. Matt Bevin. What’s troubling about Bevin is he reportedly was against Common Core, but has fully embracedSTEM. (*Note: back in 2015, the KY Governor intended to rid KY of CC. Yet, in 2019, it’s firmly in place.) Want a disturbing look at Bevin’s priorities (where you’ll find a big ‘shout out for making KY an ‘epicenter’ for parts of STEM, as well as workforce based education)? Visit his website.

3) She’s a grad of University of KY, too. KY houses the National Center for Innovation in Education. Funding for the NCIE was provided by the Gates Foundation and the Hewlett Packard Foundation. Heading up NCIE, is Gene Wilhoit.

4) Wilhoit was influential in getting Gates to fund Common Core while he was with the CCSSO, Council of Chief State School Officers. Kentuckians Against Common Core revealed this back in 2014. You can probably tie Pence and Wilhoit together by their IN time in office.

5) KY is in the grasp of the SREB (Southern Regional Education Board). A recent SREB report on KY was almost exclusively ‘cradle to grave’ career alignment fodder.

6) During her time in Canada, Craft claimed she supported both sides of the ‘climate science’ issue. Climate science is a big part of STEM and the UN in education.

Warriors, look at the picture above, then look back at the Defined STEM picture..imagine your babies being matched in Kindergarten for their lifelong job/learning.

It’s not a fantasy, it’s a stark reality. STEM impacts EVERY school choice, including homeschools.

ESSA increased the amount of STEM for ‘every student to succeed’. What’s worse? Your States will use this to introduce bonds (to fund education/or build new schools), legislation, or form more P3s (public private partnerships) to pull all the UN led indoctrination off! What would that look like?

In 2016, I showed you how NC did this..and all on the taxpayers’ backs. The lesson to learn is that with 2020 elections in our near future, these are weapons of mass educational demise which will be used against all of us in the US.

From 2002 to today, Lynne has been a featured speaker at small meetings and large conferences. Since 2009, she has served as a frequent guest on nationwide radio and multimedia shows. Lynne also co-established PIE NC (Preserving Integrity and Excellence in Education). She is a retired private (homeschool) teacher and regionally recognized support group leader. She has also been a business owner, worked with children’s ministry and currently is an education liaison for Protecting Innocence Campaign (based in OH), wife and mom. Lynne is also an adviser to the national grassroots campaign “Child Abuse in the Classroom“, where it is the campaign’s belief that “Repealing ESSA and Restoring FERPA” are the best ways to help restore our nation’s education system. She was also awarded the 2011 Distinguished Educator from the National Society of High School Scholars, as well as the 2016 L&B Network’s Torchbearer Award for educational advocacy. She has been recognized by her peers as an expert in Common Core, Career Tech Education, Career Pathways, workforce and competency-based education reform, federal overreaches into education and our families.