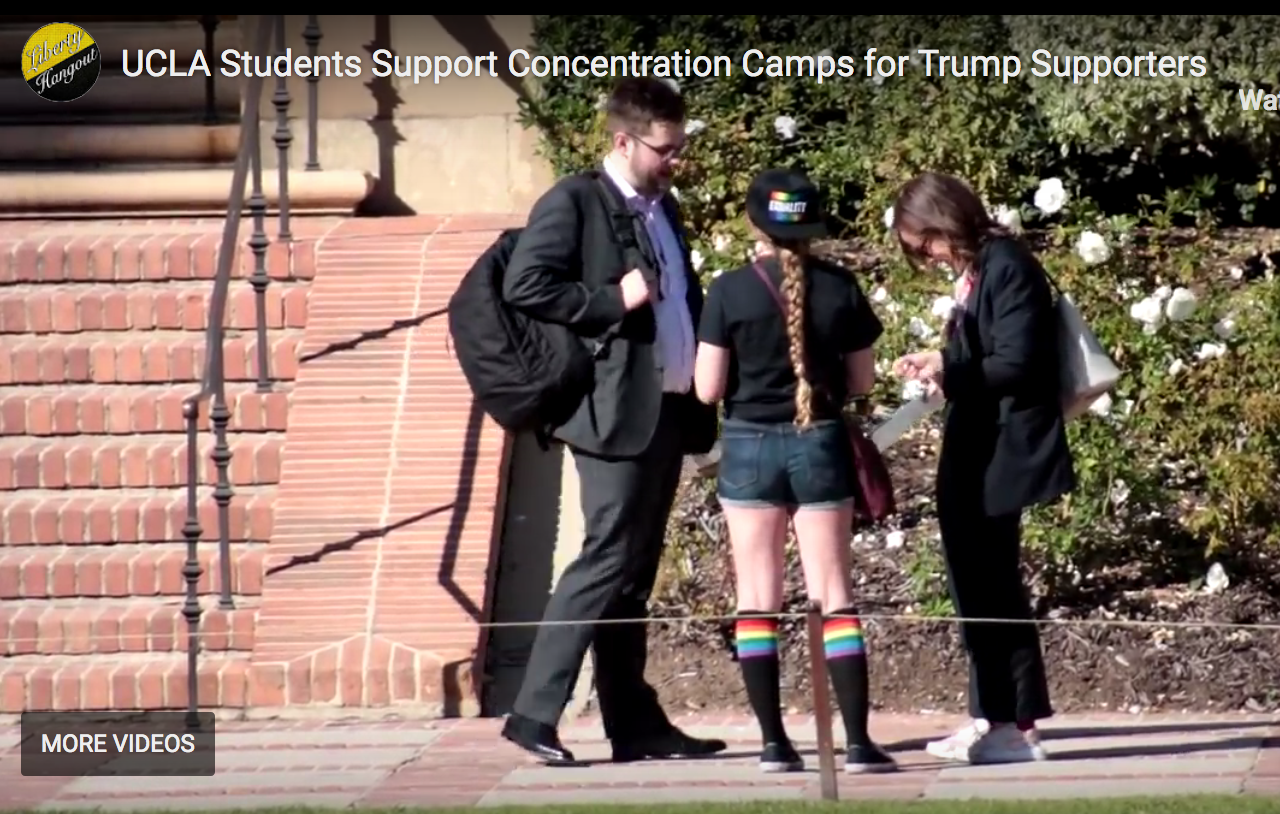 All leftwing roads lead to the same hell. Communism, socialism, name your poison – it’s all the same horror.

Kaitlin Bennett went undercover at UCLA as Jenna Talia to ask students to sign a petition to throw conservatives into involuntary re-education camps.

Not only were the students she approached ecstatic to sign it, but one member of UCLA’s student government encouraged her to change the language to “diversity” and “sensitivity training” to hide their real intentions so the administration would approve it.

Watch the craziness below.