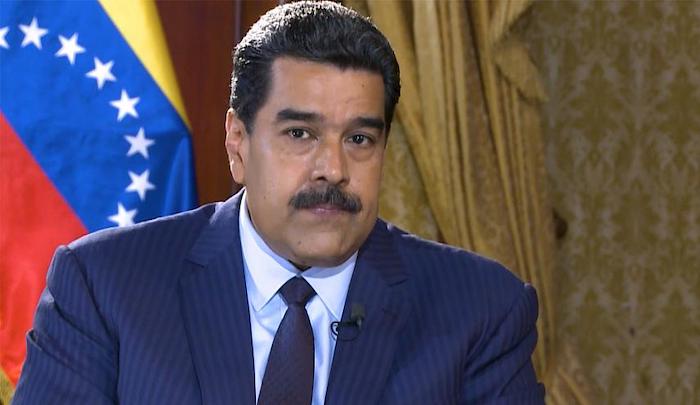 This is no surprise. The hard left is aligned with the jihad force all over the world. Nicolas Maduro is a socialist; in the United States, the Muslim Congresswomen Rashida Tlaib and Ilhan Omar are aligned with the socialists Alexandria Ocasio-Cortez and Bernie Sanders. The left is determined to destroy the United States and doesn’t hesitate to enable the jihad in order to do it.

The nefarious activities were directed by Maduro himself as well as Interior Minister Néstor Reverol and former vice-president Tareck El Aissami.

Allegedly, those who were meant to combat drugs were engaged in trafficking them, Carvajal said.

El Aissami was not only a drug kingpin, said Carvajal, but also had connections to Hezbollah, and attempted to arrange Hezbollah terrorists to work with the Revolutionary Armed Forces of Colombia [FARC] through Venezuela.

In a meeting that took place in 2009 Hezbollah terrorists met El Aissami and Carvajal in Syria and gave the two Venezuelan state representatives three assault rifles as gifts.

The meeting involved Venezuelan diplomat Ghazi Nasr al-Din, who was stationed in Syria at the time.

Labeled “a Hezbollah supporter” by the department of Treasury, Nasr al-Din is wanted by the FBI….