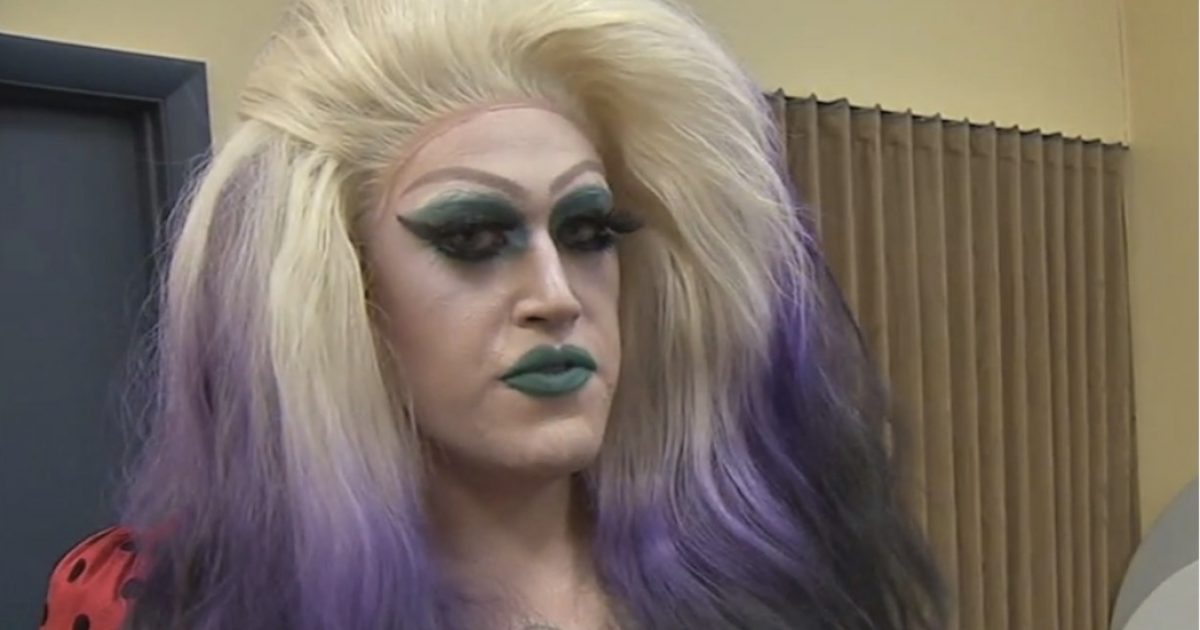 The Drag Queen Story Time is continuing to grow across the country, and more and more it’s pulling the mask off of what it truly is:  AntiChrist.  The latest story out of the mentally ill community of men dressing up as women and wanting to groom the next generation of America’s kids is a drag queen named Miss Annie, who goes by a stage name “Annie Christ.”  How’s that for in your face, parents?

Earlier this month, WPVI in Philadelphia reported on Annie Christ reading to children in Lansdale, Montgomery County and the protests that ensued over it.

Her stage name though is Annie Christ.

But Christ says her name shouldn’t stop her from doing events like these.

“It’s like an actor being in a rated R movie not being able to read to kids. It’s my side job it’s what I do at a club that’s 21 and over,” said Annie Christ Drag Queen.

She says the focus of today is “Acceptance diversity not bullying.”

Families, who showed up by the dozens were thrilled to be here.

Missy Bonham of Lansdale said, “I wanna raise him to accept people and be nice to everyone.”

Tristan Bonham of Lansdale added, “Treat people how you want to be treated.”

Well, on the surface, I agree.  We should treat people the way we want to be treated, but wouldn’t that also imply that we guard our children and the children of others from such perversion?  I think so.

Annie wanting to equate an actor in an R rated movie not being able to read to kids to what he is doing is a complete misrepresentation.  Let’s make a more parallel comparison, shall we?

and recreate their “love” scene.  How well would that go over?  What about have some of the lines uttered in the film repeated in the presence of the children there?  How would that be?

I’m sure plenty of people who took their kids to this wouldn’t approve of that.  Yet, by dressing in drag, this is, in effect, what Annie is doing.  He is doing the exact thing God has said a man should not be doing and is desensitizing kids to his perversion in hopes that one day many of them will go down the same road to Hell he is on.  He is bringing a perversion right in front of the children and confusing them and thereby corrupting them.  It used to be considered contributing to the delinquency of a minor.

However, there were those that protested the event and rightfully so.  After all, although libraries shouldn’t be funded with tax dollars, they are and these people are upset that their tax dollars are being used to corrupt the children of the community.

“When you do that, little children, they think oh well this is okay. When it’s really not natural or normal,” said Marilyn Teed of Lansdale.

Albert Howard of Lansdale added, “If you want to do what you wanna do and be that’s fine. That’s between you and God one day, but to teach the kids – no.”

Some people asked why there were not times where Bible stories are read.

Library director Tom Meyer explained, “People have been asking me why you don’t have bible story times. We do! We’ve done it. It’s happened.”

Right, but that doesn’t provide a right to allow this kind of behavior around children.

Does this mean that Annie should be treated hatefully?  No, but neither should his little act be respected.  Instead, it should be shunned and he should be confronted with his open and defiant sin and called to repent of it and find forgiveness in the Lord Jesus Christ.  Sadly, too many will only curse the darkness and never provide the light.  Both the law and the Gospel need to be presented to Annie for that is the only way to start dealing with the abomination of drag queens and the Drag Queen Story Time.  Is there anyone there in Pennsylvania doing that?