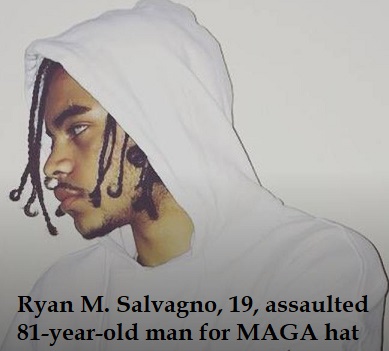 On February 25, 2019, at around 3:24 p.m., police responded to a call of a dispute at the ShopRite on Elizabeth Avenue in Somerset, New Jersey.

The victim told officers that as he was exiting the store after purchasing his groceries, a man confronted him regarding his red MAGA (Make America Great Again) hat, according to the prosecutor’s office.

A brief verbal confrontation ensued. As the victim turned to walk away, the attacker grabbed the victim’s hat and the two struggled for possession of the hat. The attacker then took the victim by the arm and threw him to the ground, tipping over the victim’s cart of groceries and  throwing his hat to the side.