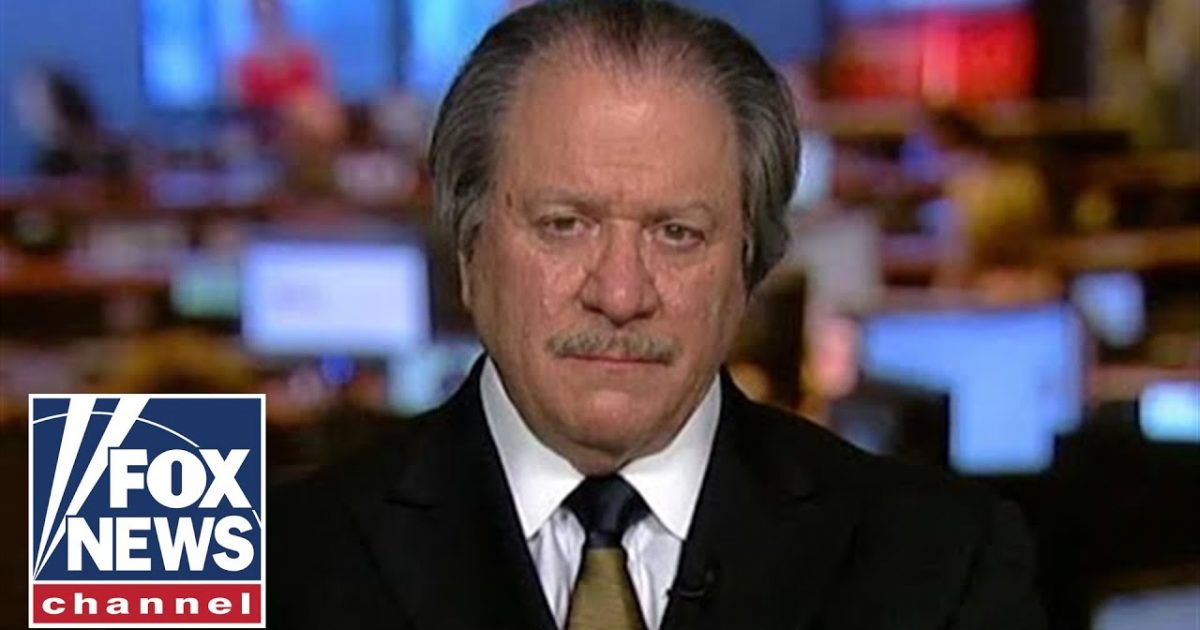 Former federal prosecutor Joe diGenova warned that America is growing into a “civil war” and that things will get much worse before they get better, but said that he does two things as things heat up to “total war”:  “I vote and I buy guns.”

Joe diGenova’s comments came when he appeared on the Laura Ingraham Show and was discussing how the Communists and Socialists in our government have teamed up with the state-controlled media to attack those that are in opposition to their point of view and yet provide cover for people like Virginia Governor Ralph Northam and VA Attorney General Mark Herring for appearing in blackface and appearing uninterested with Lt. Governor Justin Fairfax’s credible sexual assault allegation.

“We are in a civil war in this country,” diGenova told Ingraham.

“There’s two standards of justice, one for Democrats one for Republicans,” he said.

“The press is all Democrat, all liberal, all progressive, all left – they hate Republicans, they hate Trump,” he added.

And what advice did he give for what’s taking place and what’s about to come in our future?  Vote and buy guns, and I’ll add become efficient with those guns.

“And as I say to my friends, I do two things – I vote and I buy guns,” diGenova said.

While I do believe in voting, I don’t buy into the notion of the “lesser of two evils.” The issue I see, especially in those who claim to be on my side ideologically, is that they vote out of fear: fear that Hillary will be president, fear out of this person or that person. My goodness, since 2012, when I first began writing, that’s all I’ve heard out of “conservatives.” They feared four more years of Obama, so they held their nose and voted for a liberal masquerading as a conservative who did far more they opposed as governor than Obama wanted to accomplish as president.k

The same language was used when Donald Trump ran for office.

Many of the same people did not support Trump, but voted for him because they were afraid of Hillary.  It wasn’t about actually supporting a person and the law.

The wicked flee when no one pursues, but the righteous are bold as a lion. -Proverbs 28:1

And I will set My face against you, so that you will be defeated by your enemies. Those who hate you will rule over you, and you will flee when no one pursues you. -Leviticus 26:17

Sadly, many of our representatives are very similar in their approach to governing.  they flee when no one is chasing them and they fear their opposition

As an example, just recall last week how representatives in Oklahoma, a self-proclaimed “pro-life” state, can’t seem to pass an abortion abolition bill because “pro-life,” and I use that term lightly, men are scared they might lose in court.  No one is pursuing them and they have the opportunity to do what is right on behalf of literally tens of thousands of unborn Americans.  Yet, they do it not.

As far as guns go, I’m right there with Mr. di Genova, and don’t forget your ammo.  After all, the very thing he is speaking of is the very thing the Second Amendment was written for, and don’t forget, when things get bad, tyrannical government will move in to take your guns in the name of “safety” and “security.”  At that time, you not only have the right to use those weapons against such tyranny, but the duty as well.