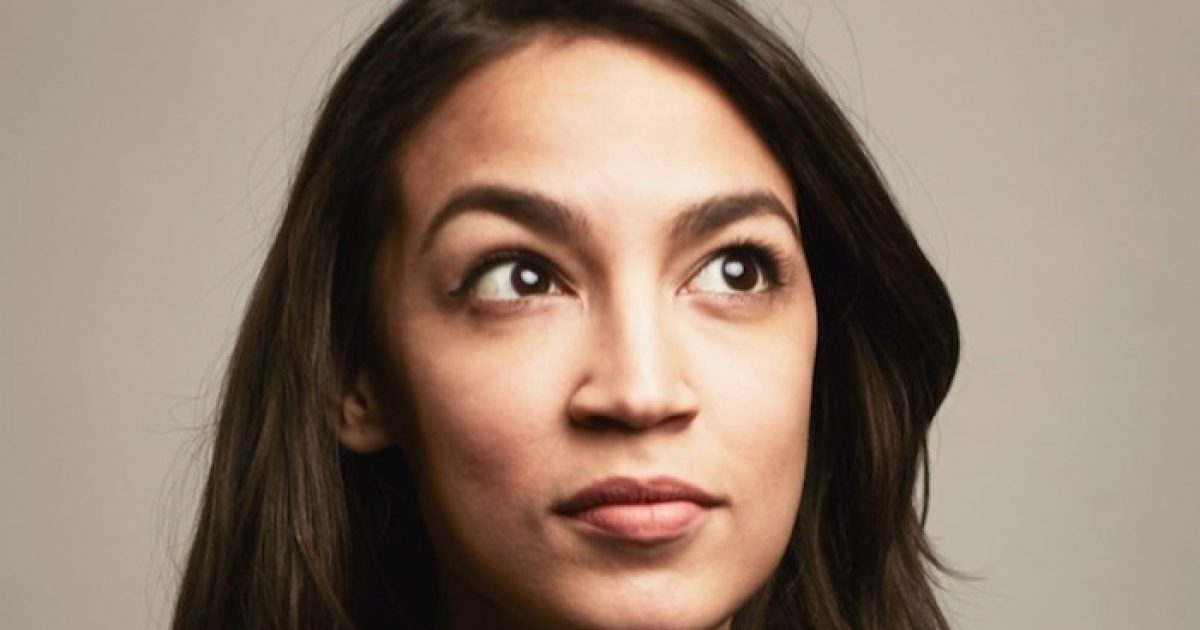 Members of the Washington, DC-based Coolidge Reagan Foundation has filed a complaint with the Federal Election Commission alleging the Rep. Alexandria Ocasio-Cortez’s (D-NY) campaign possibly funneled thousands of dollars to her boyfriend, Riley Roberts, via a PAC.

After being outed on social media with no legitimate response, Ocasio-Cortez is finally having a complaint filed against her concerning her boyfriend that she listed as a staff member.

“While you were having a nice Valentine’s Day, @AOC decided to put her boyfriend on staff – drawing a salary on the taxpayer’s dime. Nice to see her adapting to the swamp so quickly,” he said.

Now, this isn’t some super secret information and it’s obviously not private.

Still, AOC rebuffed Thompson by tweeting, “Actually this cal designation is a permission so he can have access to my Google Cal. Congressional spouses get Gcal access all the time.  Next time check your facts before you tweet nonsense.”

Except there’s one little problem, Roberts is not her spouse.  They aren’t married.

Of course, Thompson was targeted by the vultures at Twitter and temporarily suspended, even though the tweet remains posted.

Anyone see how they provided cover for AOC without actually removing the tweet?  Yep, I noticed it too.

Thompson didn’t let her off that easy and quickly started pointing out the facts for Ms. Clueless.

“He’s not your spouse. Is he being paid? At what level? It says “staff” not spouse or boyfriend,” he tweeted.  “Furthermore he doesn’t appear to be in any groups and the House doesn’t use Google. Are you giving him access to your official calendar? Why does he have his own email address?”

He also pointed out, “The House doesn’t use Google Calendar, and he’s in the staff directory as on her staff. She’s lying.”

It doesn't make sense. The House doesn't use Google Calendar, and he's in the staff directory as on her staff. She's lying. pic.twitter.com/DZrB5T8Fhh

Then the clencher, probably the thing that actually got him suspended.

Of course, Roberts immediately removed his LinkedIn account after Thompson pointed it out.

And it appears the “pretty little liar” is unwilling to address the facts presented to her that once again demonstrates she is so off the mental charts it’s unbelievable.  Right up there with House Speaker Nancy Pelosi.  They both live in an echo chamber.

One tweet actually asked some questions that should be asked.

.@AOC, is your boyfriend on the Congressional payroll?

What are his qualifications?

Were other applicants considered for the job?https://t.co/DW86RFhi9V

And yet another pointed out that the freshman might be engaging in more ethics violations.

Starting to look like a major ethics violation and you lied to cover it up. https://t.co/7QyMfm4y4b

This led to the filing of the complaint, which you can read below against Alexandria Ocasio-Cortez, her campaign and Brand New Congress PAC.

Ocasio Cortez Complaint by on Scribd

Members of the Washington, D.C.-based Coolidge Reagan Foundation allege in their complaint that when the Brand New Congress PAC (BNC) — a political arm of Brand New Congress LLC, a company that was hired by Ocasio-Cortez, D-N.Y., to run and support her campaign — paid Roberts for marketing services, it potentially ran afoul of campaign finance law.

“It’s not illegal for [Ocasio-Cortez] to pay her boyfriend, but it appears that they created some sort of scheme to avoid claiming the money [as a campaign expense],” Dan Backer, a D.C.-based attorney who filed the complaint on behalf of the foundation, told Fox News. “What exactly did he do for that money?”

It was first reported last week that the Brand New Congress PAC paid Roberts during the early days of the Ocasio-Cortez campaign. According to FEC records, the PAC made two payments to Roberts – one in August 2017 and one in September 2017 – both for $3,000.

The FEC complaint specifically cites the use of “intermediaries” to make the payments, “the vague and amorphous nature of the services Riley ostensibly provided,” the relatively small amount of money raised by the campaign at that stage and “the romantic relationship between Ocasio-Cortez and Riley” in asserting the transactions might violate campaign finance law.

The Coolidge Reagan Foundation — a 501(c)(3) — is requesting that the FEC look into the payments for potential violations on relevant campaign finance laws that state that campaign contributions “shall not be converted by any person to personal use” and that “an authorized committee must report the name and address of each person who has received any disbursement not disclosed.”

BNC claims that everything was perfectly fine with the hiring of Roberts.

“[Roberts] is a professional digital marketing and growth consultant who specializes in social media presence and subscriber engagement,” said BNC’s Communications Director Zeynab Day, adding that his hiring was based “on his experience managing successful advertising and social media campaigns.”

“He was hired through a 2 month trial period, beginning on August 3, 2017, and worked through the end of September 2017,” she added. “Services to the Brand New Congress PAC consisted of advertising strategies for potential growth, developing metrics, and aiding in execution of strategy to increase brand awareness for the PAC as a whole.”

Ocasio-Cortez even doubled down on her claims of not paying her boyfriend.

The conspiracy machine is in full effect & it’s been disappointing to watch professionals get duped + amplify unvetted Medium posts as truth, treating journalism like it’s a high school Livejournal rumor mill or something.

Right!  And this woman treats being a representative like it’s a fourth-grade civics class.  In other words, she doesn’t have a clue about reality, how our government functions or how actual journalism works.

This is a woman who is all about self-promotion and could care less about those she represents, as demonstrated in her absolutely ridiculous statements about the jobs lostdue to Amazon

not settling in New York.

News of the payments came after it was discovered that Roberts was recently given a congressional email account, with some suggesting it was an ethics violation as boyfriends might not reach the level of partners or spouses who might otherwise be given such access. The spokesperson for the Office of the Chief Administrative Officer, David O’Boyle, told Fox News that “from time to time, at the request of members, spouses and partners are provided House email accounts for the purposes of viewing the member’s calendar.”

Of course, that was debunked (see above) as Roberts is not her spouse and the House doesn’t use Google.

Would be nice if some actual justice was brought to bear every once in a while rather than just pointing fingers.  Does anyone actually think this will be dealt with properly?  Not on your life.