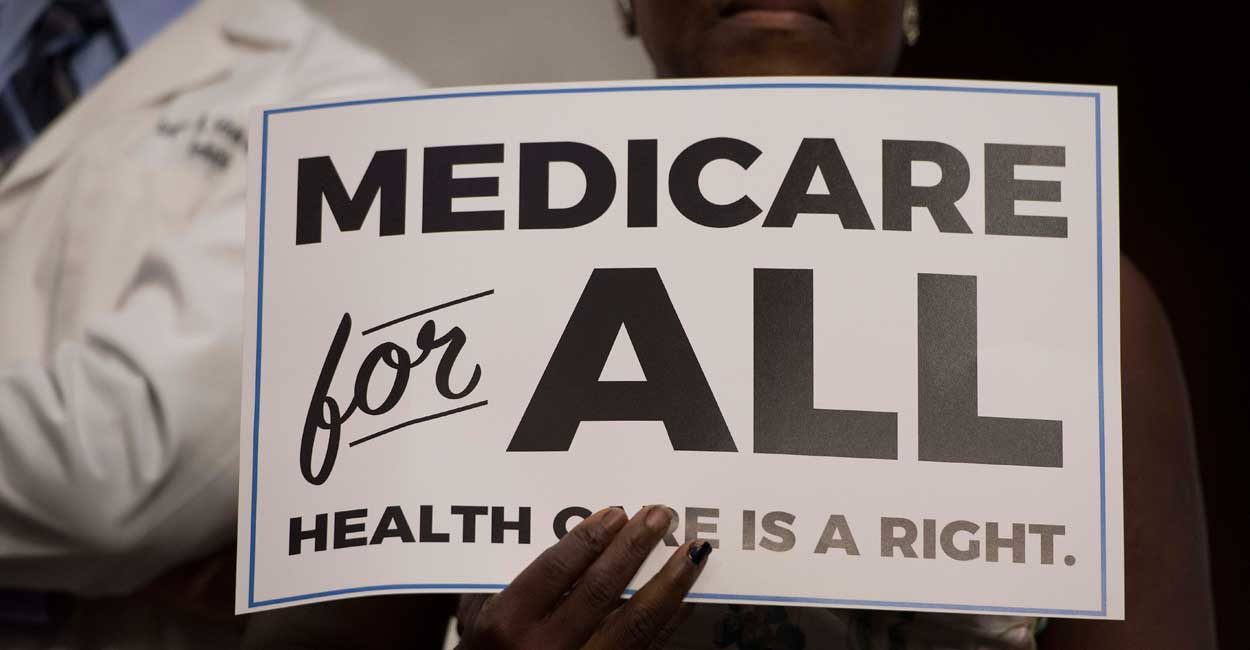 Despite its sweeping and detailed government control, as well as the imposition of huge but unknown costs, the 120-page bill has nonetheless initially attracted 106 Democrat co-sponsors, almost half of all Democrats in the House.

The legislation is profoundly authoritarian.

For example, Section 107 ensures that no American, regardless of their personal wants or medical needs, would be able to enroll in any alternative health plan that “duplicates” the government’s coverage.

Rep. Pramila Jayapal, D-Wash., the bill’s primary sponsor, is at least open about the bill’s intent: “The Medicare for All bill really makes it clear what we mean by ‘Medicare for All.’  We mean a system where there are no private insurance companies that provide these core comprehensive benefits.”

Under Section 201, Congress would decide the content of the health benefits package, what is and is not to be available in the new government health plan. The bill forbids cost sharing, a statutory prohibition guaranteed to induce demand and hike Americans’ overall health costs.

Americans would not be able simply to spend their own money for medical care from a doctor of their choice. Personal contracts between doctors and patients outside of the government plan would be tightly restricted. Under Section 301, “ … no charge will be made to any individual for any covered items or services than for payment authorized by this Act.”

Under Section 303, a provider “ … may not bill or enter into any private contract with any individual eligible for benefits under the Act for any item or service that is a benefit under this Act.”

Even private contracts for “non-covered” medical services require the doctor to report them to the health and human services secretary. Section 303 also stipulates that a private contract between a doctor and a patient for “covered” services would be permissible if and only if the doctor signs and files the affidavit with the secretary of HHS and refrains from submitting any claim for any person “enrolled under this Act” for two full years.

Altogether, these restrictions, layered atop the prohibition on private insurance coverage, would virtually eliminate private agreements between doctors and patients.

In practice, Americans could spend their own money on their own terms with just the very few doctors who could afford to see cash-paying patients entirely outside the system.

In most respects, the new House bill is broadly similar to Sen. Bernie Sanders’, I-Vt., bill. Beyond creating a government monopoly of health insurance, it centralizes key health care decisions in the office of the secretary of HHS; establishes a national health budget; and it creates a temporary Medicare-style “public option” (along with subsidies for enrollees) in the moribund Obamacare exchanges.

Like Sanders’ bill, the House bill would also eliminate Medicare, Medicaid, the Children’s Health Insurance Program, the Federal Employees Health Benefits Program, the Obamacare exchange plans, and Tricare, the health program for military dependents. All of these beneficiaries would be absorbed into the new government plan; it would not be a matter of personal choice.

In striking contrast to the earlier version of the House “Medicare for All” bill, the new House bill contains no tax or funding provisions. This is a conspicuous omission. This is especially so because the House sponsors (under Section 204) also incorporate long-term care coverage, including nursing home and community-based care, into the basic benefit package. This coverage would likely be hugely expensive.

Recall that independent analysts from the Mercatus Center and the Urban Institute roughly agree that the true 10-year cost of Sanders’ similar plan would be approximately $32 trillion.

Ken Thorpe of Emory University, formerly an adviser to President Bill Clinton, estimates that the federal taxation needed to finance the Sanders’ plan would amount to an additional 20 percent tax on workers’ income, and more than 7 out of 10 working families would end up paying more for health care than they do today.

The federal spending and taxation needed to fund the new House bill would certainly be larger. Beyond the potential impact of the bill on the nation’s deficits and debt, independent analysts and economists will also focus laser-like on the size and impact of the new federal taxes on individuals and families at various income levels.

Simply taxing “the rich” will not cut it.

The House co-sponsors of the Medicare for All Act intend a rapid transformation of American health care.

Under Section 106 of the bill, they authorize the completion of this massive disruption of today’s public and private health insurance arrangements within just two years.

In the meantime, analysts at the Congressional Budget Office have a very big job to do.

They need to get on it. Now.

Robert E. Moffit, Ph.D., a seasoned veteran of more than three decades in Washington policymaking, is a senior fellow in domestic policy studies at The Heritage Foundation.