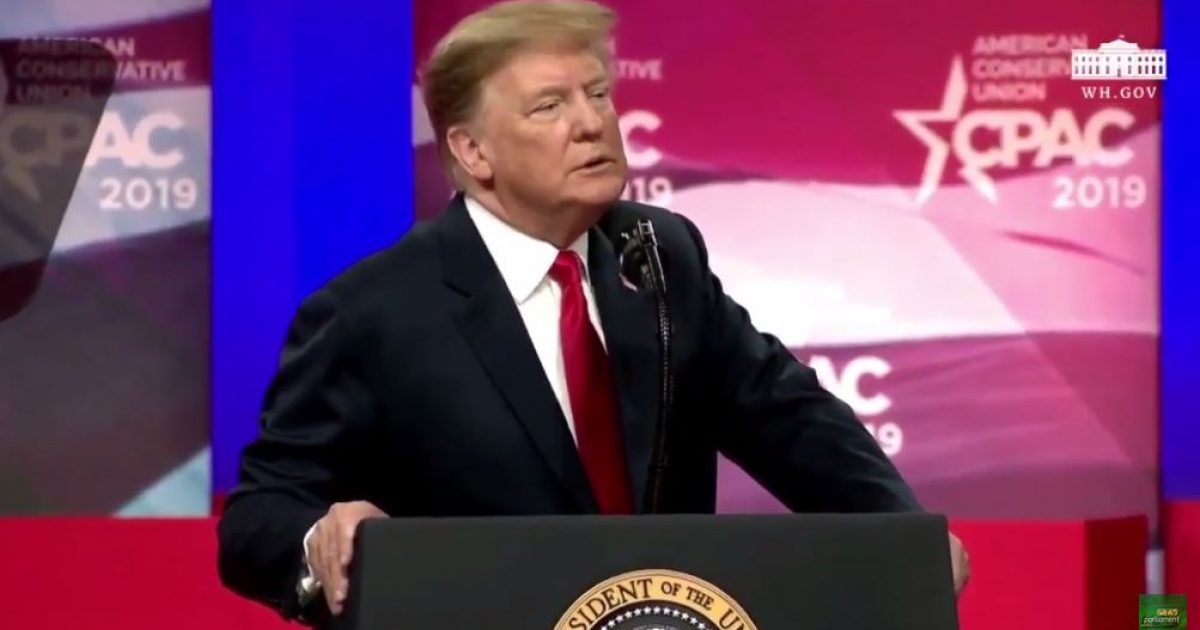 On Saturday, President Trump addressed the so-called “Green New Deal,” a scheme cooked up by newly-elected Democrat Socialist Alexandria Ocasio-Cortez designed to destroy the entire U.S. economy for generations of Americans, by mocking the proposal, much to the delight of those present.

“I encourage it. I think it’s really something Democrats should promote. When the wind stops blowing, that’s the end of your electric,” he said, ridiculing the proposal.

“No planes. No energy. When the wind stops blowing, that’s the end of your electric. Let’s hurry up! Darling, darling is the wind blowing today? I would like to watch television, darling,” he added, prompting laughter.

According to estimates, the Green New Deal would cost $93 trillion — which amounts to $650,000 per EVERY American family!

To give you an idea of how flat out stupid this is, the whole world’s gold reserve is only worth about $8 trillion. As to paper money in general, the CIA says there is about $80 trillion in the world. The WHOLE world has less money than the Green New Deal would cost.

On top of that, Breitbart reports, the measure introduced by fascist self-described “boss” AOC, was “crafted by three far-left organizations and is being pushed by a coalition of well-funded professional progressive groups and known leftist agitators.”

And it gets better.  Aaron Klein further tells us that some of the groups behind the measure “have ties to financing from billionaire George Soros and trace their roots to such radical groups as Occupy Wall Street and Black Lives Matter.”

The Green New Deal seeks, as the New Yorker recently put it, “nothing less than a total overhaul of our national infrastructure.”

The utopian deal demands 100 percent of all buildings in the U.S. convert to clean energy, calls for the removal of all greenhouse gases from the entire atmosphere, and includes such non-“green” clauses as a federal jobs guarantee while protecting the right of all workers to organize and unionize.

It also pledges “affordable, safe and adequate housing” for “all people of the United States.”

The wealth-spreading deal aims to “virtually eliminate poverty in the United States and to make prosperity, wealth and economic security available to everyone participating in the transformation.”

Twitchy wondered if Ocasio-Cortez has tweeted a condemnation of Trump’s joke.