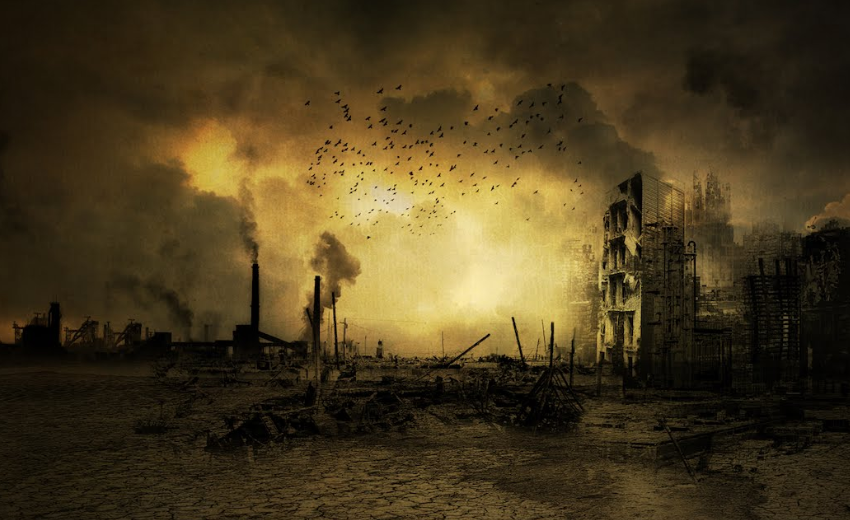 Radicals have no stopping point. Except other radicals.

And if you take the insane premises of environmentalism to their logical conclusion, you end up in this Malthusian Singerland in which it’s best to just let the human race die off because the Great Global Warming Famine of 2023 is coming.

Freshman Rep. Alexandria Ocasio-Cortez said young people have to ask a “legitimate question” in the wake of climate change and mounting student loan debt: “Is it okay to still have children?”

“Our planet is going to face disaster if we don’t turn this ship around,” she said, as she chopped sweet potatoes. “And so it’s basically like, there is a scientific consensus that the lives of children are going to be very difficult and it does lead, I think young people, to have a legitimate question. Ya know, should—is it okay to still have children?”

She continued: “Not just financially because people are graduating with 20, 30, 100 thousand dollars of student loan debt so they can’t even afford to have kids in the house, but there’s also just this basic moral question, like, what do we do?”

I picture getting into a time machine and traveling 100,000 years into the future where the human race has subdivided into narcissistic mindless Cortez creatures and the Morlocks that prey upon them. So maybe the lost Kardashian has a point about useless lefties with 100,000 in student loan debt from their degrees in environmental feminist anthropology not reproducing.

Obviously, Cortez isn’t coming up with this stuff on her own.

Is It Cruel to Have Kids in the Era of Climate Change? – Some argue that bringing children into a decaying world is immoral.

Or you could just not move to Chicago.

But if climate change causes wars to break out, would one still choose to birth children into a high likelihood of violent death? And if the looming 12-year deadline is missed, and further temperature increases become statistically inevitable, what purpose could life have in the face of an unavoidable, collective downfall? At least people living today still have the agency to change things. But bringing children into a decaying world, without even the opportunity to do something about it, seems a cruel fate to inflict on someone, especially your own child.

Also, according to Paul Ehrlich, we all reverted to cannibalism in the eighties. Or tomorrow.

Host John Zepps asked Ehrlich if in the decades and centuries to come, we will need to change the way we use and consume animals. Not to worry, Ehrlich said.

“I don’t think there’s going to be the centuries to come with our kind of civilizations and with the kind of ethical issues that at least some people (Republicans) in our civilization are concerned with,” he said, chuckling. “I think the issues are more likely to be “is it perfectly OK to eat the bodies of your dead because we’re all so hungry.”

Isn’t it cruel to bring children into a world in which Paul Ehrlich is still taken seriously?

But let’s bring it over to the New York Times.

‘Would human extinction be a tragedy?” a New York Times op-ed piece.

“It may well be, then, that the extinction of humanity would make the world better off and yet would be a tragedy. I don’t want to say this for sure, since the issue is quite complex. But it certainly seems a live possibility, and that by itself disturbs me,” the op-ed writer writes.

Truly the Left is a beacon of hope.

The Hate That Dare Not Speak Its Name
November 27th, 2021 Sons of Liberty Media