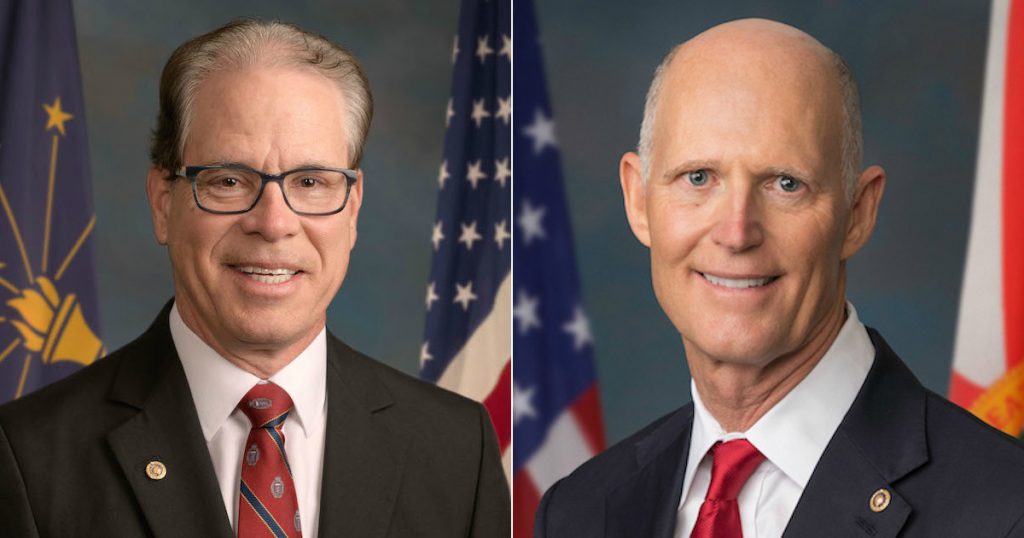 With the federal debt now over $22 trillion, does it really make sense to provide “plush” pensions to federal lawmakers—many of whom are millionaires in their own right?

On average, former members of Congress receive about $41,000 per year in pension benefits after having served about 16 years. Speaker of the House Nancy Pelosi, a California Democrat who has been in Congress 32 years, will receive a six-figure pension.

Under Braun’s proposal, federal lawmakers would stop receiving pension accruals. Those accruals currently cost taxpayers between $21,000 and $36,000per year for every member. (Individuals first elected prior to 2013 receive the higher contribution amount.)

That’s in addition to a base salary of $174,000, as well as generous benefits, including contributions to federal workers’ 401(k)-type Thrift Savings Plans.

That would also put members of Congress on a more equal footing with the constituents they represent—most of whom do not have defined benefit pensions.

The trend away from defined benefit pensions is twofold.

First, pension plans don’t give workers choices, control, or even ownership of their retirement savings. That’s because a core principle behind defined benefit pension is that workers don’t know enough about how much they need to save, aren’t intelligent enough to invest on their own, and aren’t disciplined enough to actually save their money instead of spend it.

While the government complicates the process of saving through its convoluted tax system, saving and investing is actually easier than ever before, and workers want to be in charge of their savings.

Second, defined benefit pensions have oftentimes locked employers into unexpected and unaffordable pension costs that threaten their businesses’ viability. Thus, instead of providing a safe and secure form of retirement income, many workers’ pensions have created risk and uncertainty.

That’s unfortunately the case for an overwhelming majority of the roughly 10 million workers who are part of multiemployer union pension plans.

Collectively, the roughly 1,400 multiemployer pension plans across the U.S. have set aside only 42 percent of what they promised to pay, leaving a $638 billion shortfall in workers’ and retirees’ anticipated pension benefits.

That shortfall has caused unions and employers to seek a taxpayer bailout for their underfunded promises.

Pensions—if fully funded—can contribute to a secure retirement income for workers, and they can help attract workers as part of a total compensation package.

But for members of Congress, pensions function more as windfall benefits.

At $511,000, the median net worth of members of Congress is more than five times that of the households they represent ($97,300), and more than 200 federal lawmakers are millionaires. Providing lawmakers with $41,000 per year pensions does not make sense and is not fiscally responsible.

As mentioned above, the End Pensions in Congress Act enables lawmakers to maintain access to their Thrift Savings Plan—including the government’s 5 percent match—even without any further pension accruals.

Another bill introduced by Braun—the End Plush Retirements Act—wouldn’t end pension accruals for everyone, but it would allow members of both the House and Senate to decline their pensions without having to give up their access to saving through the Thrift Savings Plan.

Eliminating congressional pensions would be a good start to tackling federal compensation reform. By bringing excessive and dysfunctional federal compensation in line with the private sector, Congress could save taxpayers more than $300 billion over 10 years and help create a more productive and efficient civil service.

With the need for fiscal responsibility soaring each day, Congress needs to begin collecting the low-hanging fruit as soon as possible.

Rachel Greszler is research fellow in economics, budget, and entitlements in the Grover M. Hermann Center for the Federal Budget, of the Institute for Economic Freedom, at The Heritage Foundation. Read her research.