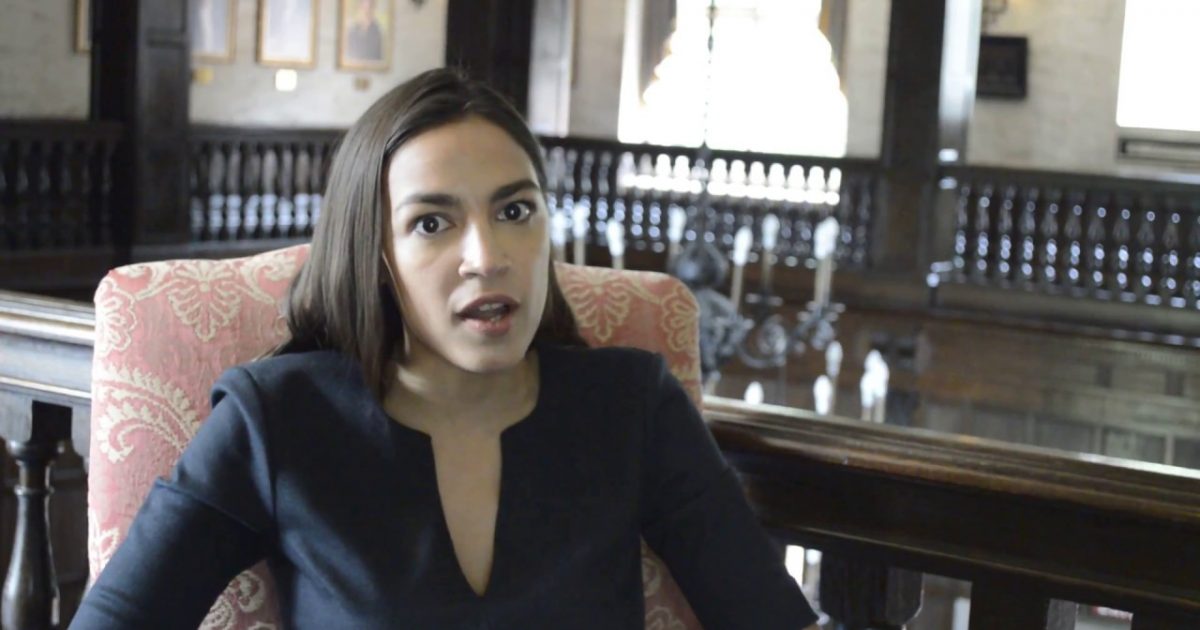 Alexandria Ocasio-Cortez, the newly-elected Democrat Socialist lambasted as a “pompous little twit” by a co-founder of Greenpeace, proved once again that she can dish it out, but can’t take criticism.

On Sunday, the self-described Green New Deal “boss” lashed out at the New York Post after the publication exposed her hypocrisy on Saturday.

“The Post put the fact that I get into cars (while proposing a plan to invest in better car technology) on their front page. Pack it up folks, the Pulitzer’s been decided. No one can rival this kind of hard-hitting journalism,” she tweeted.

But, the Daily Caller said, “for those who looked past the headline and read the article, it was clear that the Post was not simply attacking the freshman congresswoman for using fossil fuels. Rather, the article was making the point that she was eschewing greener options to do so.”

Since declaring her candidacy in May 2017, Ocasio-Cortez’s campaign heavily relied on those combustible-engine cars — even though a subway station was just 138 feet from her Elmhurst campaign office.

She listed 1,049 transactions for Uber, Lyft, Juno and other car services, federal filings show. The campaign had 505 Uber expenses alone.

In all, Ocasio-Cortez spent $29,365.70 on those emissions-spewing vehicles, along with car and van rentals — even though her Queens HQ was a one-minute walk to the 7 train.

She then attempted to justify her actions by claiming that she was simply “living in the world as it is.”

Living in the world as it is isn’t an argument against working towards a better future.

The Green New Deal is about putting a LOT of people to work in developing new technologies, building new infrastructure, and getting us to 100% renewable energy. https://t.co/DZGE1WwLbn

To implement the Green New Deal, by the way, would cost more money than currently exists in the world, and would destroy the U.S. economy for an entire generation of Americans.  And as Greenpeace co-founder Patrick Moore explained, her attempt to eliminate all greenhouse gases would eradicate all life on earth.