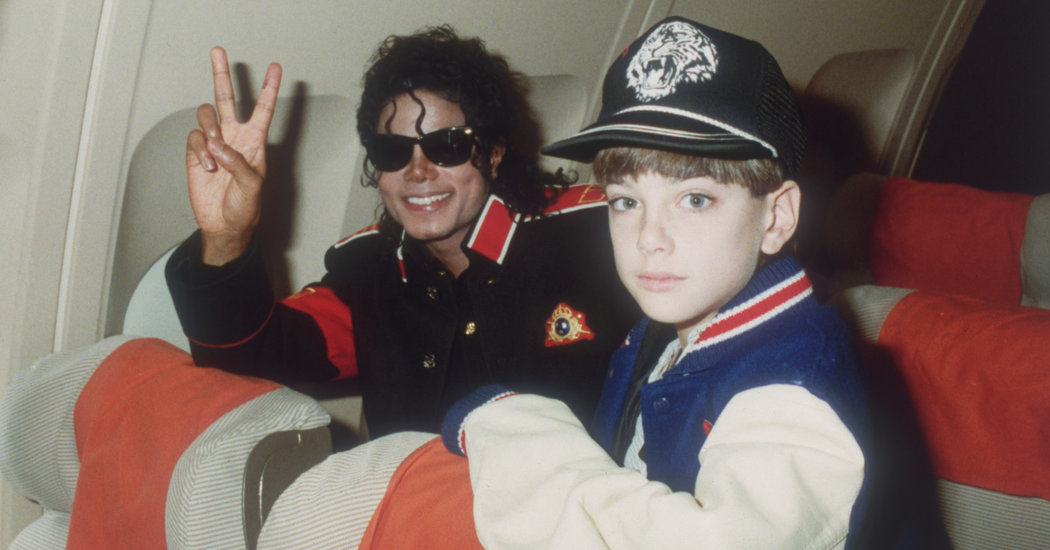 Leaving Neverland is a 2019 documentary film directed and produced by British filmmaker Dan Reed. It focuses on two men, Wade Robson and Jimmy Safechuck, who allege when they were children, they were sexually abused by the singer Michael Jackson.

A co-production between Home Box Office (HBO) and the UK broadcaster Channel 4, the documentary premiered at the 2019 Sundance Film Festival in January 25, 2019, and was broadcast in two parts on March 3. The Jackson family had filed a $100 million lawsuit against HBO, trying to prevent the documentary from being aired.

Maureen Orth writes for Vanity Fair that Leaving Neverland gives Robson and Safechuck, together with their surviving family members, the opportunity to tell their stories of being first befriended and then seduced, emotionally and—they allege—sexually, by Michael Jackson.

Orth, who had spent more than a decade reporting on allegations against Jackson, is struck by how closely Robson’s and Safechuck’s stories mirrored those of Jordie Chandler and Gavin Arvizo, the 13-year-old whose allegations prompted the 2005 trial in which Jackson was acquitted on 10 felony counts, including four counts of child molestation and one of attempted child molestation. Another boy, Jason Francia, whose mother worked as a housekeeper for Jackson, testified under oath that he was molested by Jackson, bringing to five the number of young men who’ve sworn that Jackson showed them pornography, masturbated them, or introduced them to sex when they were between the ages of 7 and 12.

So many details of the five cases were the same:

In response to Jackson’s hardcore supporters who insist he was not a pedophile, Maureen Orth compiled the following ten undeniable facts about the sexual-abuse allegations against Michael Jackson:

2. So far, five boys Michael Jackson shared beds with have accused him of abuse: Jordie Chandler, Jason Francia, Gavin Arvizo, Wade Robson, and Jimmy Safechuck. Jackson had the same nickname for Chandler and Arvizo: “Rubba.” He called Robson “Little One” and Safechuck “Applehead.”

3. Jackson paid $25 million to settle the Chandlers’ lawsuit, with $18 million going to Jordie, $2.5 million to each of the parents, and the rest to lawyers. Jackson said he paid that sum to avoid something “long and drawn out.” Francia also received $2.4 million from Jackson.

4. Michael Jackson suffered from the skin discoloration disease vitiligo. Jordie Chandler drew a picture of the markings on the underside of Jackson’s penis. His drawings were sealed in an envelope. A few months later, investigators photographed Jackson’s genitalia. The photographs matched Chandler’s drawings.

5. The hallway leading to Jackson’s bedroom was a serious security zone covered by video and wired for sound so that the steps of anyone approaching would make ding-dong sounds.

7. According to the Neverland staff interviewed by the Santa Barbara authorities, no one ever saw or knew of a woman spending the night with Michael Jackson, including his two spouses, Debbie Rowe or Lisa Marie Presley. Rowe, the mother of two of Jackson’s children, made it clear to the Santa Barbara authorities that she never had sex with Jackson.