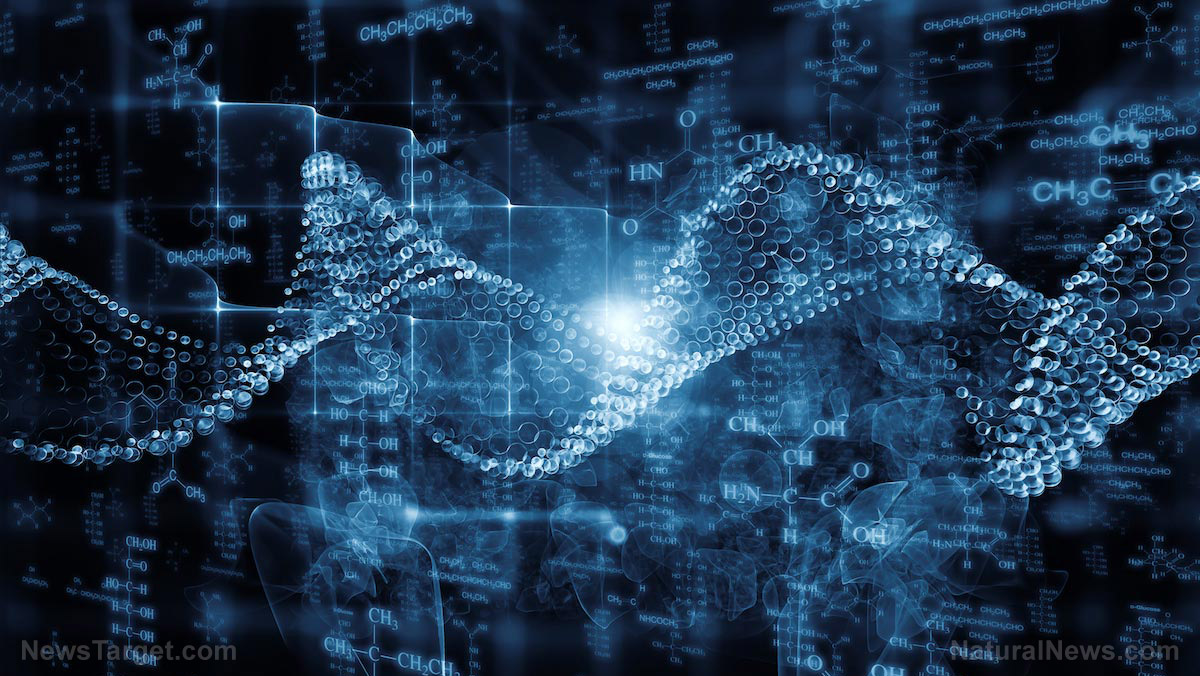 (Natural News) The entire fear mongering campaign surrounding measles outbreaks in the United States centers around a “big lie” that’s pushed by vaccine propagandists. All measles outbreaks, they falsely claim, are due solely to unvaccinated children. Thus, the answer to outbreaks is more vaccines, they say.

But a science paper published in the Journal of Clinical Microbiology, entitled, “Rapid Identification of Measles Virus Vaccine Genotype by Real-Time PCR,” has discovered something that vaccine fanatics don’t want the public to know. As it turns out, a large number of measles outbreaks are actually “vaccine reactions” from the measles vaccine itself (MMR vaccines).

“During measles outbreaks, it is important to be able to rapidly distinguish between measles cases and vaccine reactions to avoid unnecessary outbreak response measures such as case isolation and contact investigations,” the study authors write. “We have developed a real-time reverse transcription-PCR (RT-PCR) method specific for genotype A measles virus (MeV) (MeVA RT-quantitative PCR [RT-qPCR]) that can identify measles vaccine strains rapidly, with high throughput, and without the need for sequencing to determine the genotype.”

With the help of this breakthrough science on genetic sequencing, these researchers have stumbled onto something the CDC is desperately trying to make sure the American public never learns. (Keep reading, below…) 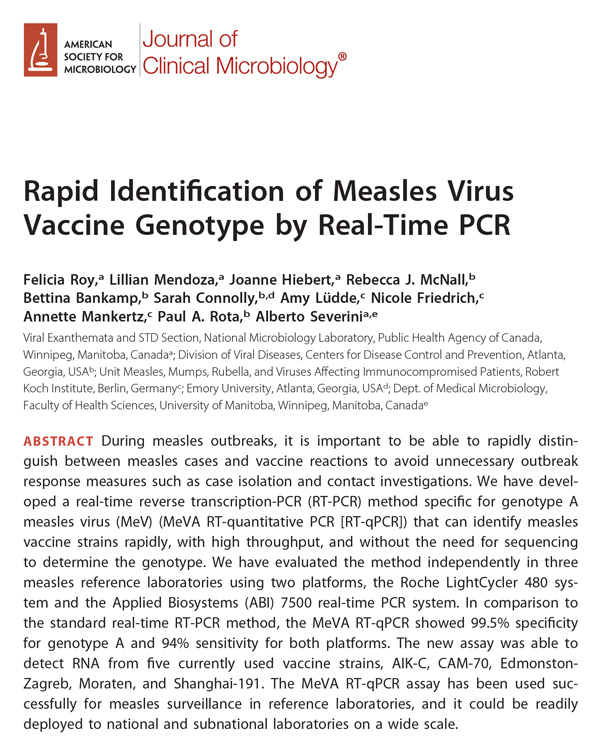 As the published science paper reveals:

During the measles outbreak in California in 2015, a large number of suspected cases occurred in recent vaccinees (3). Of the 194 measles virus sequences obtained in the United States in 2015, 73 were identified as vaccine sequences (R. J. McNall, unpublished data).

In other words, measles outbreaks were occurring among children who were already vaccinated with the measles. If you do the math, nearly 38% of the genetic sequences that were conducted on supposed “measles” cases turned out to identify measles strains that originated in the vaccines themselves. Thus, more than one out of three cases of measles in the United States was actually a reaction from a measles vaccine, not “wild-type” measles.

Thanks to breakthrough science in genetic sequencing, it’s now clear that measles vaccines are causing measles outbreaks which then lead to media hysteria over “the measles,” resulting in hyperventilating among journalists and lawmakers who demand more vaccines (while condemning anyone who dares to question the vaccine dogma of the day).

Measles vaccines, truthfully stated, are creating their own demand for more vaccines by causing measles outbreaks in children. Naturally, the entire vaccine establishment and fake news media complex refuses to report the truth about any of this, pretending that measles outbreaks are only occurring among unvaccinated children. This is how outbreaks that are caused by vaccines end up getting blamed on “anti-vaxxers,” resulting in wholesale censorship of vaccine awareness content by Amazon, Apple, Google, Facebook, YouTube, Pinterest and other tech giants that universally function as the propaganda arm of Big Pharma and the CDC.

In just the last few days, Amazon banned vaccine awareness documentaries like Vaxxedafter being threatened by Democrat lawmaker Adam Schiff. Apple has also threatened Natural News over articles that cover vaccines, abortions or Satanism, and Pinterest has banned all vaccine searches to prevent users from discovering content that questions the lies of vaccine propagandists. (As a side note, Brighteon.com is becoming the go-to video platform for vaccine truth videos. Vaccine researchers are increasingly posting content there because it’s being banned everywhere else.)

Thus, the measles vaccine false flag operation achieves both the hyping up of measles hysteria while also justifying the censorship of independent journalists who are investigating and exposing the lies of the vaccine industry. This is one more way the vaccine industry operates as a massive RICO Act racketeering cartel that involves the media, the CDC, the FDA, lawmakers and Big Pharma drug giants. The entire system exists to profit from vaccines while using children to spread infectious disease for the purpose of creating demand for yet more vaccines.

Astonishingly, this science paper also reveals that American children appear to be selectively targeted for this vaccine false flag operation. Here’s how we know that:

In Germany, only 2% of measles cases are caused by vaccines

According to the same scientific study cited here, scientists also ran genetic sequencing on measles cases in Germany. There, they found that only 11 out of 542 cases of measles could be traced back to the measles vaccine.

How can such an enormous difference exist?

The reason the vaccine industry can get away with this is because they enjoy absolute legal immunity for all vaccines that are part of the childhood immunization schedule. Thus, even if the truth were to come out about MMR vaccines containing non-sufficiently weakened viral strains (i.e. “live” viruses), these vaccine manufacturers would have zero legal liability.

This enables them to turn vaccines into marketing weapons, exploiting the bodies of children to infect them with measles as part of the vaccination process itself. Those children then spread the measles to other children, which is why numerous measles outbreaks keep occurring among children who have been vaccinated against the measles. The deceptive media then plays its part and hypes up the outbreaks, blaming “anti-vaxxers” for everything and pushing for nationwide vaccine mandates to achieve “100% compliance,” which they imply will halt the outbreaks.

Now we know that measles vaccines are a marketing vector for the vaccine industry, which is essentially running a medical false flag to infect U.S. children with measles for the insidious purpose of creating media hysteria that will call for more vaccines. The real purpose of vaccines, it turns out, is to promote more vaccines, not to prevent outbreaks. Infectious disease outbreaks, it turns out, are a necessary component of vaccine marketing propaganda. If measles cases ceased to exist in America, there would be no panic push to make vaccines mandatory, and the vaccine industry would miss out on billions of dollars in revenue. By keeping the measles outbreaks alive through the deliberate spread of measles through vaccines themselves, the pharmaceutical industry — which has a long, documented history of using human beings for medical experiments — keeps itself relevant and profitable.

All this should come as no surprise to any informed person, given that the vaccine industry currently generates over $30 billion a year in revenues from the sales of vaccines, almost all of which are promoted through engineered fear campaigns.

Vaccine-originated measles outbreaks are also used by Democrat propagandists like Congressman Adam Schiff (D-Calif.) or California State Senator Richard Pan to demand that the tech giants censor all content which questions the safety of efficacy of vaccines. Once “anti-vaxxers” can be blamed for everything, the justification for silencing their independent research is sufficiently established to de-platform their channels and silence their speech.

Anyone who dares to point out the fact that the genetic sequences of nearly 38% of measles outbreaks are traced back to measles vaccines themselves will, of course, be labeled a “conspiracy theorist” and mocked by Jimmy Kimmel, even as the scientific paper supporting this has already been published in the Journal of Clinical Microbiology.

The bigger truth in all this is that the vaccine industry deliberately uses vaccine mandates as a biological weapons delivery system to propagate outbreaks of infectious disease as an insidious marketing plot to sell more vaccines.

Now you know why the truth about vaccines is being systematically censored out of sheer desperation.

Where to learn more truth about vaccines

Find vaccine truth videos exclusively at Brighteon.com, the YouTube alternative for truth videos on any subject.

Check out GreenMedInfo.com for authoritative articles on the dangers of vaccines and prescription medications.

Read Censored.news, the alternative to Google News, covering the internet’s most censored news sources on vaccines, medicine and politics.