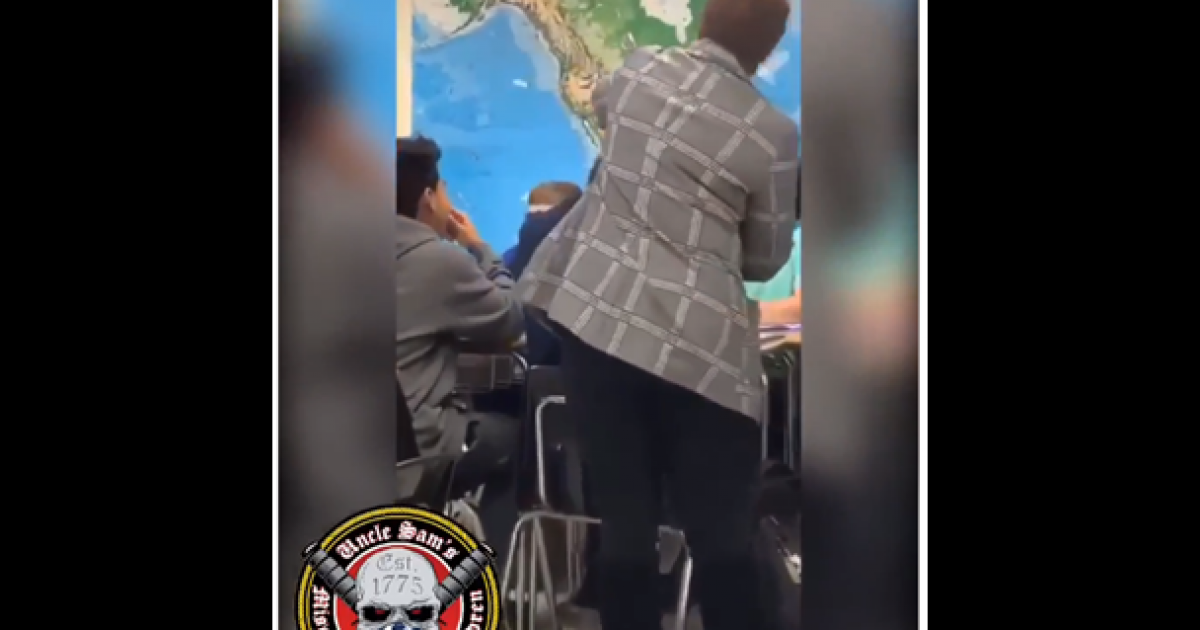 A teacher in Yorktown, Virginia, was suspended after a video surfaced of her wrapping a student’s Trump Flag around his neck and calling the President a “racist and sexist.” She attempted to shove the flag down the student’s shirt and take his phone.

Tabb High School was in the middle of “spirit week.” It was supposed to be a time to celebrate, but in Mrs Brinkley’s History class, celebrating the President was not allowed.

According to the student who sent us the video, Mrs Brinkley was suspended and numerous conservative parents in the town were upset enough that they are working to take steps to prevent this from happening again. That will be a tough move, as everything the left hates appears to be embodied in Trump gear, from MAGA hats to flags.

Example: About 8 students at Perry High School in Arizona were told to leave campus because of their Trump 2020 flag and other Trump gear. When they started to do so, they were “escorted” to the front office. According to one of the students, they were told to take the gear off. It was “spirit week” there as well, with a theme of “Party in the USA Day.” They were told their gear was “disrespectful.” In fact, their treatment was disrespectful, and one parent was trespassed from the campus because she started to video the encounter.

We’ve all read about people wearing MAGA hats being assaulted, including an 81 year old man whose assailant was an illegal immigrant. It doesn’t seem to matter who does the assaulting, nor how old the wearer of the “offending” Trump gear is…you apparently can’t wear what you want in America anymore.

By punishing our children, our students for wearing what they want, the left is indoctrinating them to a particular view instead of teaching them to think critically. But then, leftists want drones, not critical thinkers.