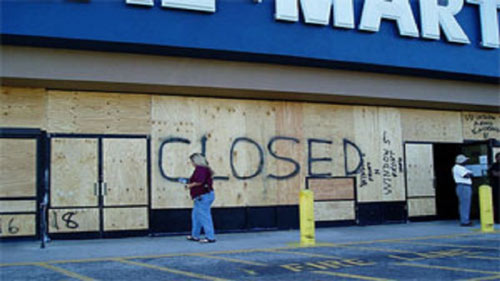 Just two months into 2019, many more retail stores have announced their closures amid a slowing in consumer spending. The retail apocalypse is worsening and there are some major stores on “deathwatch;” which would mean going out of business forever.

According to Money.com, in a single 24-hour period last week, Gap, J.C. Penney, and Victoria’s Secret announced they would be closing more than 300 stores combined. These announced store closures come soon after retail companies made the difficult decisions to shut down all Payless ShoeSource and Gymboree stores throughout the U.S., and in the middle of Sears’ dramatic struggle to survive. (Sears closed out 2018 by filing for bankruptcy and closing roughly 140 Sears and Kmart stores. The company owns both retailers).

Some of these companies are restructuring debt and refiguring their business models in order to fight to stay alive in today’s fast-moving ultra-competitive retail world. They must be able to stay competitive and every store must offer a compelling alternative to Amazon in order to win over shoppers. Other retailers have already lost the battle, are hosting liquidation sales right now, and will soon disappear entirely, like Toys “R” Us and Bon-Ton before them.

Sears is still alive and kicking, but barely.  There are only 425 Sears and Kmart stores remaining compared to 2000 just five years ago.  Remaining employees are skeptical about their future with the company and rightfully so. Victoria’s Secret, JC Penny, and Payless are all closing several stores. Gymboree, GAP, and Ann Taylor are also on “deathwatch.”

Ascena, the company that owns retailer brands like Ann Taylor, Loft, and Lane Bryant, has been on death watch for at least a year, reported Money.com. It is in the middle of the process that began back in 2017 to close about 250 stores. Ascena said it operated about 5,000 stores as of 2016, and it was down to 4,600 stores at the end of 2018. Ascena’s stock price has also taken a beating. It plummeted over this time period when stores were closing, dropping from over $10 per share in 2016 to around $2.25 in early 2019.

The retail apocalypse is happening right before our eyes, as brick and mortar stores are going away quickly.