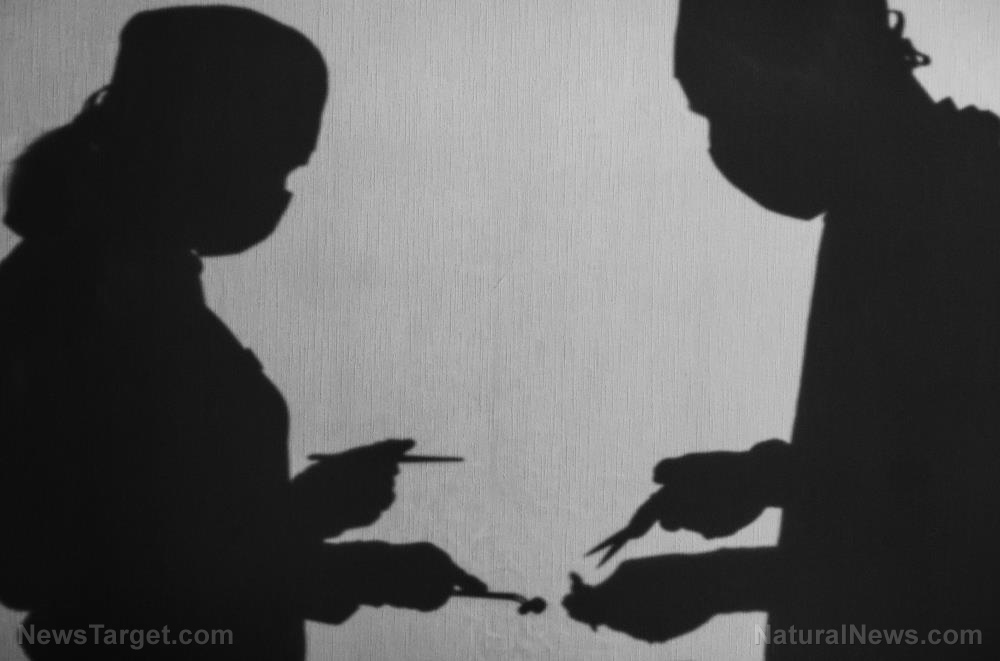 (Natural News) A physician from Southern California is the target of a new lawsuit that alleges he’s been illegally harvesting organs and other body parts from deceased children in Texas in order to boost his own personal “research prospects.”

While Dr. Evan Matshes is licensed to practice medicine in San Diego where he technically lives, he doesn’t hold the same credentials in Texas where his company, NAAG Pathology Labs, was recently hired to be a “medical examiner.”

Though Dr. Matshes’ firm is based out of San Diego’s Sorrento Valley, most of his company’s work is performed by 10 employees in Lubbock County, which is where Dr. Matshes is being accused of exploiting the company’s newfound access to dead human bodies for his own personal gain.

According to the suit, Dr. Matshes has been practicing medicine in the Lone Star State without a license. Former employees also say that, when questioned about his shady business practices, Dr. Matshes simply fired these “complainers,” which is against the law.

“We strongly deny that either NAAG Pathology Labs or Dr. Andrews have acted in any manner that is contrary to the best interest of the public,” reads an official statement from Dr. Matshes and his legal defense – Dr. Sam Andrews being NAAG Pathology Labs’ chief medical examiner.

“We are confident that we will be exonerated of all claims of wrongdoing.”

One of the plaintiffs in the case is a woman by the name of Tita Senee Graves, a career medical technician who was hired on to the Lubbock County Medical Examiner’s Office in 2015. But she was fired not even two years later for questioning the practices of Dr. Matshes, which greatly disturbed she and other staff members.

“Ms. Graves and the other staff were disturbed by the autopsies of the infants,” her suit states. “The unnecessary harvesting of body parts for a pathologist’s personal research interests seemed wrong.”

It’s important to note that Dr. Matshes also owns a second firm, known as the National Autopsy Assay Group, that provides “independent tissue and organ analyses.” It would appear as though Dr. Matshes used both companies as covers to collect children’s body parts and make money from them.

Dr. Matshes was collecting “more human tissue during autopsies than was needed to determine causes of death,” plaintiffs say

Just weeks after NAAP Pathology Labs took over “medical examiner” duties in Lubbock and hired on Dr. Andrews, complaints began to pour in that things weren’t quite right with the way he and his team were performing autopsies.

“Dr. Matshes stated that he wanted to collect more tissues from those autopsies than had been done in the past because he needed the tissue for his ‘research,’” the lawsuit further adds.

“The new protocol required the removal of the children’s brain, eyes, spinal cord, posterior neck, including vertebra, and the heart and lungs.”

Reports indicate that Dr. Matshes performed at least two such procedures in front his employees, even though he’s not legally qualified to do so in the state of Texas. But Dr. Matshes claims that he was merely acting as a “tech” when he harvested the children’s body parts, and not as a doctor, and was thus in legal compliance.

Prior to this current lawsuit, Dr. Matshes had issues in Canada as well, which is where he received his medical degree. A 2012 news release from the Alberta Medical Examiner’s Office reveals that Dr. Matshes had been acting unprofessionally almost immediately after becoming a licensed physician – and it appears as though not much has changed since.

“The panel found the conclusions reached by Dr. Matshes to be unreasonable regarding either the cause of death, manner of death and/or other opinions,” the release explained.

For more related news, be sure to check out MedicalViolence.com or OrganHarvesting.news.