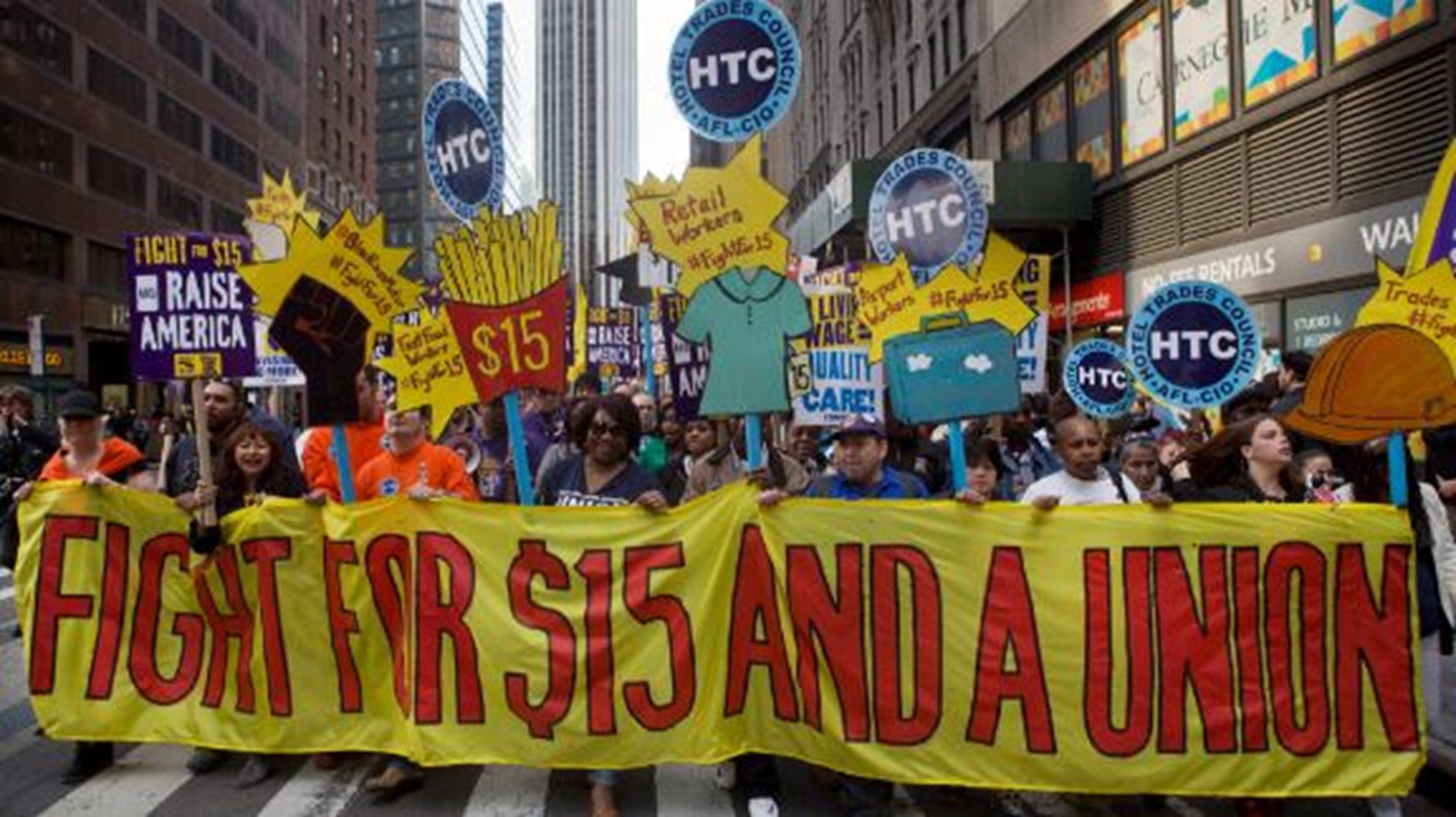 Big minimum wage hikes wipe out a lot of jobs. Illinois recently enacted a $15 minimum wage, a large increase in the minimum wage that will be phased in over several years. And businesses are already announcing plans to close up, move out of the state, or curb their expansion in the state. The Daily Gazette and Sauk Valley Media provide the example of Hopper’s Poppers:

After a little more than 2 years downtown, Hopper’s Poppers – the business, and the building it’s in – are being put up for sale, the owner said. Ryan Hopper also closed his Sycamore shop this week, citing Gov. J.B. Pritzker’s approval of a statewide $15 minimum wage increase. Three months ago, he and his wife Stephanie were considering adding a third location in Roscoe, which would have brought him closer to his five-location goal. But he said the the minimum wage hike and Illinois’s notoriously high property taxes solidified the decision for his family to continue their business ventures outside Illinois.

Jobs are being lost in New York, too. New York City experienced its worst decline in restaurant jobs since 9/11 after a $15 minimum wage there was enacted. The city saw its sharpest fall in restaurant employment in nearly 20 years. Its 40% increase in the minimum wage was phased in over a two-year period, but substantial job losses are already evident.

As Jon Miltimore of the Foundation for Economic Education notes:

Restaurants tend to operate on famously low profit margins, typically 2 to 6 percent. So a 40 percent mandatory wage increase over a two-year period is not trivial.

In response to the minimum wage hikes, New York City restaurants did what businesses tend to do when labor costs rise: they increased prices and reduced labor staff and hours.

As Miltimore notes, several other states have passed or are in the process of enacting a $15 pay floor. New Jersey recently enacted a $15 minimum wage—the increase will be phased in over several years—joining California, Massachusetts, and New York. The Maryland House of Delegates passed a $15 pay floor on February 27. The District of Columbia and some cities, such as Minneapolis and Seattle and Minneapolis, also have $15 minimum wage laws.

The abstract idea of a “living wage” is so powerful that politicians and even voters are willing to sacrifice real people in the pursuit of it. Politicians have admitted that these radical increases in the minimum wage make no economic sense, even if they make for a moralistic political soundbite. In signing California’s $15 minimum wage into law, California’s Jerry Brown said that “Economically, minimum wages may not make sense. But morally, socially, and politically they make every sense.”

Voters often feel the same way. The Los Angeles Timesreported that “Californians strongly back the state’s minimum wage increase to $15,” even “though they believe the wage hike will hurt their pocketbooks and the state’s economy,” and “high percentages of those surveyed expected negative consequences, including layoffs and business relocations to states with lower minimum wages. Almost 90% of respondents believed that prices for consumers would rise because of the wage hike.”

By advocating minimum wage hikes, people get to signal their own political virtue—at the expense of other people’s jobs.

Seventy-two percent of economists say that a $15 minimum wage is a bad idea, and an even higher percentage say it will increase the unemployment rate. An economist at Moody’s estimated that up to 160,000 jobs will be lost in California’s manufacturing sector alone from the increase to $15.

Raising its own minimum wage costs a state critical tax revenue and constitutes unilateral disarmament in its competition with other states. Job losses and business failures from minimum wage hikes reduce state revenue. Meanwhile, much of the benefit of the wage hike to low-income workers who manage to keep jobs at the increased minimum wage is lostdue to increased federal taxes and reduced federal earned-income tax credits and food stamps, as a writer noted in the Wall Street Journal in 2016:

The tax implications of going from a $10 to a $15-an-hour minimum wage” are fiscally “very significant. For a family of four with both spouses making the minimum wage, their federal tax will increase from $4,106 to $7,219, payroll tax will increase from $2,579 to $3,869, their earned-income tax credit (EITC) will be reduced from $596 to zero … and the $2,400 food-stamp credit will be lost. Of the $20,800 increase in income in going from $10 to $15 an hour, $7,778 will be diverted to the government, which doesn’t include loss of other income-dependent government welfare programs and added costs due to the resulting inflation. Over one-third of the wage increase will flow to the [federal] government.

The net result is that an economically struggling town with lots of low-wage workers tends to have less disposable income, higher prices, and less consumer purchasing power (meaning fewer retail jobs) after a minimum wage hike than before.

This article is reprinted with permission from Liberty Unyielding.

Hans Bader practices law in Washington, D.C. After studying economics and history at the University of Virginia and law at Harvard, he practiced civil-rights, international-trade, and constitutional law.