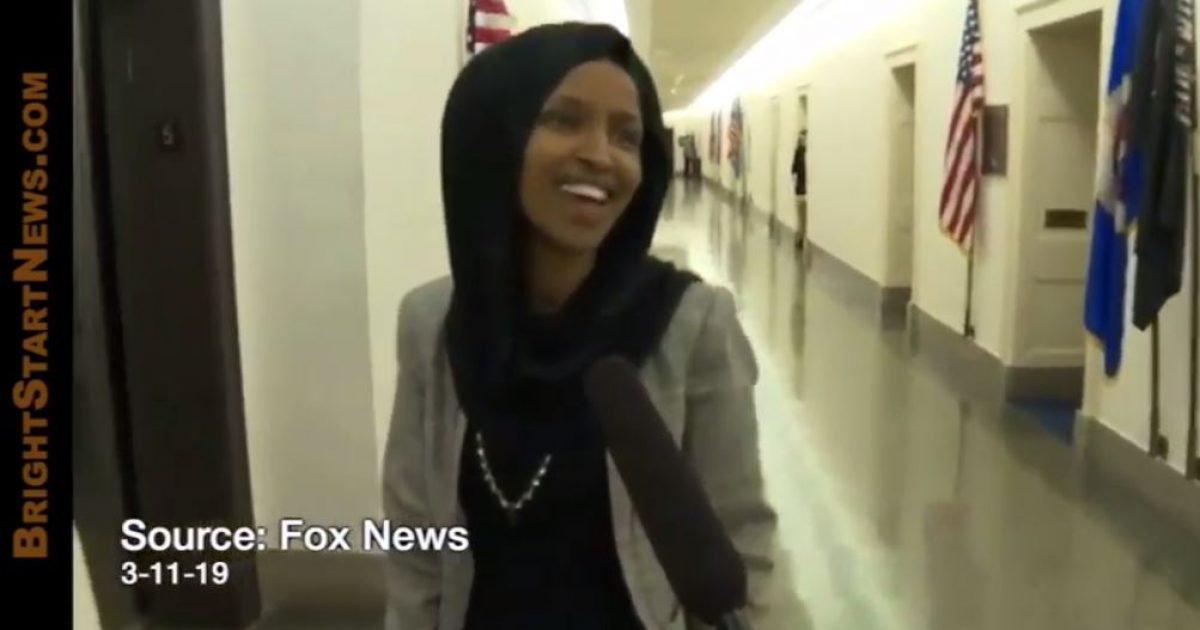 File this under, “stupid things liberal Trump-haters say.”  On Monday, Fox News reported that anti-Semitic Rep. Ilhan Omar, D-Minn., suggested — falsely — that President Donald Trump is not a human being.

“That is silly to even think and equate the two.  One is human. The other is really not,” she told a Fox News reporter who asked about a comparison she apparently made between President Trump and former President Barack Obama.  Granted, she didn’t specify which of the two she was targeting with her insult, but it’s highly doubtful she was speaking of Obama, a fellow Democrat, especially since she defended a profane attack against Trump by Rashida Tlaib.

Omar’s comments came after she told Politico in an interview published last Friday that the Obama administration was responsible for the “caging of kids” at the U.S.-Mexico border and the “droning of countries around the world.”

“I think for many of us, we think of ourselves as Democrats. But many of the ways that our Democratic leaders have conducted themselves within the system is not one that we are all proud of,” Omar said in an audio recording of the interview which she tweeted out over the weekend. ” … And when we talk about waking people up from complacency, it’s to say that we can’t be only upset with Trump because he’s not a politician who sells us his policies in the most perfect way. His policies are bad, but many of the people who came before him also had really bad policies. They just were more polished than he was.”

Omar accused Politico reporter Tim Alberta of distorting her words in a tweet she later deleted after learning the video confirmed her statements.

Recently, Omar was the center of controversy after making a series of anti-Semitic statements.  A House resolution originally intended to condemn Omar’s anti-Semitism was watered down by Democrats to the point that Omar wasn’t even mentioned.

A post at Bright Start News says Omar’s comment is “akin to what is heard in radical mosques across the world.”

The post goes on to say: “Radical islamists use this kind of language to dehumanize their enemies, be they Jews, homosexuals, or infidels of any of myriad flavors.”

The post then gives links to two examples where the same type of language is used:

What’s next for Omar?  The mind boggles.