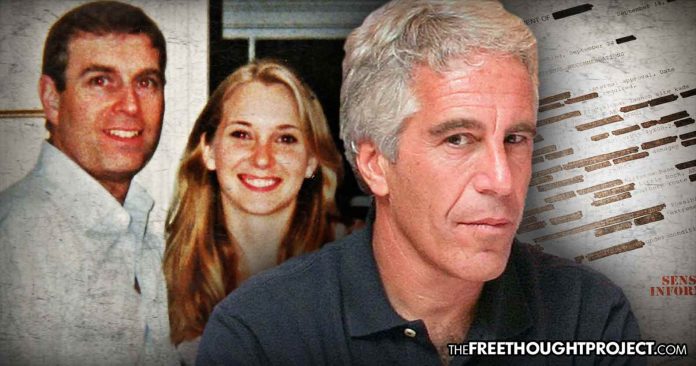 On Monday, a Manhattan appeals court gave billionaire pedophile Jeffrey Epstein’s former alleged partner in crime, British socialite Ghislaine Maxwell, until March 19 to establish good cause as to why documents detailing the scope and size of their international child sex trafficking operation should remain sealed. Failing to do so would mean these documents will be made public.

“We’re grateful that the court ruled the summary judgment papers are open and they are moving to expedite having them unsealed,’’ said Sanford Bohrer, the attorney representing the Miami Herald. “This is very unusual for a court to do this.”

The Herald reports that the appeal is supported by 32 other media companies, including the New York Times and Washington Post.

According the court, after the case was quietly settled in 2017, and the victims all effectively silenced, more than 1,000 documents were sealed. Maxwell, who is the daughter of disgraced media mogul and former owner of the NY Daily News, is the sole party attempting to keep the documents sealed.

It is a well reported fact that Maxwell would meet the young girl—who would soon become the first victim of the child sex trafficking ring—at Trump’s famous Mar-a-Lago resort. Maxwell was sued after accusing this victim of being a liar, and she lost.

As the Miami Herald reports:

In the appeals court case in New York, the sealed documents stem from a 2017 civil case related to when Epstein associate Maxwell was sued for slander for calling Virginia Roberts Giuffre, one of Epstein’s accusers, a liar. Giuffre, then 16, said she was working at Donald Trump’s Mar-a-Lago resort when she was approached by Maxwell about becoming a masseuse for the hedge fund manager. That soon evolved into a sexual pyramid scheme. Epstein paid local girls $200 to give him massages. He offered the same amount if they’d recruit other girls. The massages would turn into sex. The feds were looking into allegations that girls were trafficked across state lines and even internationally when the investigation was closed.

Giuffree won the case, proved she wasn’t lying, and Maxwell was forced to pay her millions.

“Ghislaine would take me to dress up to surprise J.E., or Jeffrey would ask me to get dressed up. That would include wearing a tiny little skirt with nothing underneath, a white-collared shirt that you would be wearing to school with a tie in it, tied up in a bow, my hair in pigtails, stockings on up to my knees, and I would go in there and act like a kid and we’d do role-playing,” a transcript of victim Giuffre’s testimony read.

Even after the couple stopped dating, Maxwell was alleged to have continued her job in procuring underage girls for Epstein’s sex trafficking ring.

Although Maxwell denies these allegations, supporting evidence uncovered by years of independent investigation paint a deeply disturbing picture in which she was the madame and “sex slave” procurer for Epstein’s disgusting elite club for pedophiles.

This is the second major ruling in the Epstein case in only a few weeks. As TFTP reported last month, a federal judge made a bombshell ruling which stated that the prosecutors who worked under former Miami U.S. Attorney Alex Acosta—now Trump’s Labor Secretary—broke the law when handling the case of billionaire pedophile Jeffrey Epstein.

According to the ruling, the prosecutors acted illegally when they concealed a plea agreement from more than 30 underage victims who had been sexually abused by the New York hedge fund manager.

“The government aligned themselves with Epstein, working against his victims, for 11 years,’’ Brad Edwards, who represents Courtney Wild — Jane Doe No. 1 in the case — said. “Yes, this is a huge victory, but to make his victims suffer for 11 years, this should not have happened. Instead of admitting what they did, and doing the right thing, they spent 11 years fighting these girls.’’

As TFTP has reported, Epstein is a convicted child molester and sexually abused no less than 40 underage girls. Despite this fact, Acosta protected him while serving as a U.S. Attorney in Florida.

Instead of going to prison for life, as he should’ve considering the evidence against him, Epstein only got 13 months and was allowed to stay in the Palm Beach County Jail in his own private cell where he was allowed to leave the jail for 12 hours a day for “work release.” Epstein was forced to register as a sex offender for life, but with his money and his connections he doesn’t seem too bothered. He currently resides on his private island in the Virgin Islands.