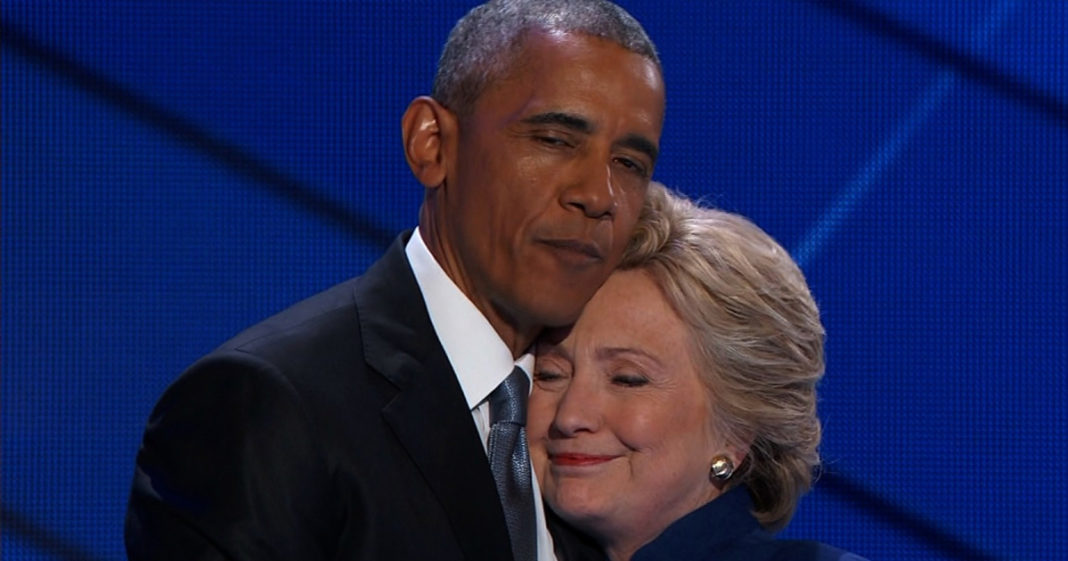 At a Hillary Clinton rally last Tuesday in Greensboro, NC, Obama took an exaggerated whiff of his arm and said, “I was reading the other day. There’s a guy on the radio who apparently said me and Hillary are demons, said we smell like sulfur. Ain’t that something? Now, I mean, come on people!” (CNN)

The POS was making fun of Alex Jones, described by CNN as “the founder of the conspiracy website InfoWars” as if there are no real conspiracies. Of course, this is the same CNN that reports as truth select conspiracies, such as Hillary’s accusations of a “vast right wing conspiracy” and the more recent “Alt.Right” conspiracy.

I have Obama to thank because were it not for his mockery, I would not have known of Jones’ fascinating remark that he had been told by the Secret Service (“people that are in protective details”) that Obama and Hillary both stink of sulfur.

Here’s a transcript of what Jones said, beginning at the 0:55 mark in the video above:

“I’m never a lesser of two evils person, but with Hillary, there’s not even the same universe. She is an abject, psychopathic, demon from Hell that as soon as she gets into power is going to try to destroy the planet. I’m sure of that, and people around her say she’s so dark now, and so evil, and so possessed that they are having nightmares, they’re freaking out. Folks let me just tell you something, and if media wants to go with this, that’s fine. There are dozens of videos and photos of Obama having flies land on him, indoors, at all times of year, and he’ll be next to a hundred people and no one has flies on them.

Hillary, reportedly, I mean, I was told by people around her that they think she’s demon-possessed, okay? I’m just going to go ahead and say it, okay? They said that they’re scared. That’s why when I see her when kids are by her, I actually get scared myself, with a child — with that big rubber face and that — I mean this woman is dangerous, ladies and gentleman. I’m telling you, she is a demon. This is Biblical. She’s going to launch a nuclear war. The Russians are scared of her. […]

Imagine how bad she smells, man? I’m told her and Obama, just stink, stink, stink, stink. You can’t wash that evil off, man. Told there’s a rotten smell around Hillary. I’m not kidding, people say, they say — folks, I’ve been told this by high up folks. They say listen, Obama and Hillary both smell like sulfur. I never said this because the media will go crazy with it, but I’ve talked to people that are in protective details, they’re scared of her. And they say listen, she’s a frickin’ demon and she stinks and so does Obama. I go, like what? Sulfur. They smell like Hell.“

Dolly Kyle, an attorney who was a longtime “lover” of Bill Clinton, said that Hillary stank when Kyle first met her in the Little Rock airport in 1974: “I had never seen or smelled any woman like that, ever,” who “emitted an overpowering odor of perspiration and greasy hair”. (See “Longtime mistress says Bill Clinton had 2,000 sex partners; lesbian Hillary had hairy toes”)

Perhaps this explains why both Hillary and Obama attract flies. See: 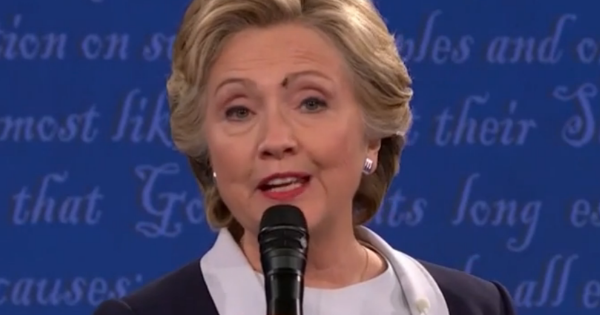 The fly is a carrion symbol. It is drawn to dead and dying things. From Wikipedia:

The female housefly usually only mates once and stores the sperm for later use. She lays batches of about 100 eggs on decaying organic matter such as garbage, carrion or feces. […]

House flies are capable of carrying over 100 pathogens, such as those causing typhoid, cholera, salmonellosis, bacillary dysentery, tuberculosis, anthrax, ophthalmia, and parasitic worms. Some strains have become immune to the most common insecticides.

House flies feed on liquid or semiliquid substances beside solid material which has been softened by salivating or vomit. Because of their large intake of food they deposit feces constantly, which is one of the factors that makes the insect a dangerous carrier of pathogens.

“Lord of the flies” is also the meaning of the Greek name for Beelzebub, one of the princes of Hell.

According to the blog post, “Demonic Possession Symptoms, Signs, Stories and Facts“:

“Other phenomena associated with the presence of a demon include an acrid stench….”

From Vocabulary.com, on the definition of “acrid”:

Acrid is the nasty sting that you feel in your nose when you walk by a building that just burned down––it’s sulfur mixed with smoke.

From an account of an exorcism in Los Angeles by a priest of the Catholic Order of Exorcists at The Sacred Order of Saint Michael the Archangel:

“It was a rainy mid-April day around 5PM when a call came from one of our bishops in Long Beach California, asking if there is a priest available to do a house blessing in a rundown, low income area of Los Angeles. I said I was available. […]

As I entered the dark hallway I saw shadows moving along the hallway walls, but there was no one around. I heard sounds of a woman screaming that echo throughout the building. […] As I entered the room, the possessed was sitting on the floor with a comb in her hand, scratching and cutting herself with the comb, while screaming and laughing at the top of her lungs. Her stepfather and mother helped me to place her on a mattress that was laying on the floor. She was only twenty years old, but appeared wrinkled like she was over hundred, had a gray pallor, and a horrible stench.“

See also “Exorcists: Demon-possessed ‘can take on the look of a reptile or snake’“.

Editor’s Note: Some links are irreparably broken and some images could not be recovered. Fellowship of the Minds has been forced to locate to a new web host twice in the last year and some items were lost.