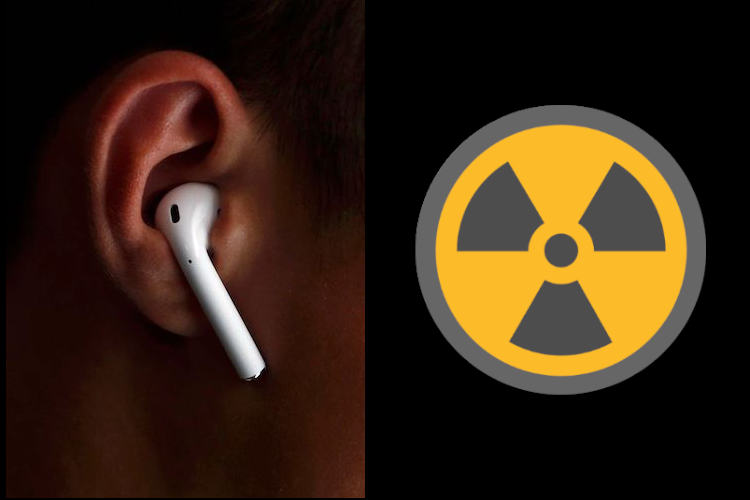 In recent years we’ve seen a number of credible scientific reports indicating that electromagnetic radiation from cell phones and other wireless devices is linked to the development of cancers, including brain and heart cancer. And as the world’s wireless network is upgraded to 5G, we may soon see a dramatic spike in cases of cancer, and people in high places are speaking out to warn the public.

Additionally, warnings about the safety of emerging 5G technology are everywhere, and even the California Brain Tumor Association issued a public warning. But, we’re already living in a world that has grown dependent on wireless and bluetooth technology, with an array of consumer products like Apple’s AirPods which act as wireless transmitters/receivers sitting right next to the brain, nestled among the most sensitive parts of the ear.

This is a recipe for a public health disaster, and to emphasize this, a group of 250 scientists from over 40 countries have signed a petition to the WHO and the UN to warn them about the documented dangers of radio wave radiation from WiFi, cell phones and bluetooth.

“Apple’s wireless AirPods, for example, ‘communicate with one another using a magnetic induction field, a variable magnetic field [one] sends through your brain to communicate with the other,’ explains Dr Joel Moskowitz.

Dr Moskowitz, a University of California, Berkeley community health professor who focuses on cell phone exposures, says there isn’t even research on what this could do to the brain yet, let alone regulations to limit the potential effects.” [Source]

The opening statement of the petition lists a litany of current technological products that are all linked to physiological disorders, disease and even cancer.

“We are scientists engaged in the study of biological and health effects of non-ionizing electromagnetic fields (EMF). Based upon peer-reviewed, published research, we have serious concerns regarding the ubiquitous and increasing exposure to EMF generated by electric and wireless devices. These include–but are not limited to–radiofrequency radiation (RFR) emitting devices, such as cellular and cordless phones and their base stations, Wi-Fi, broadcast antennas, smart meters, and baby monitors as well as electric devices and infra-structures used in the delivery of electricity that generate extremely-low frequency electromagnetic field (ELF EMF).” [Source]

Read the full petition, here. And for more information on the potential harm of 5G and wireless technologies, please review the following links:

This article (250 Concerned Scientists Issue Major Warning About Potentially Carcinogenic Effects of Wireless Tech) originally created and published by Waking Times and is published here under a Creative Commons license with attribution to Alex Pietrowski and WakingTimes.com.