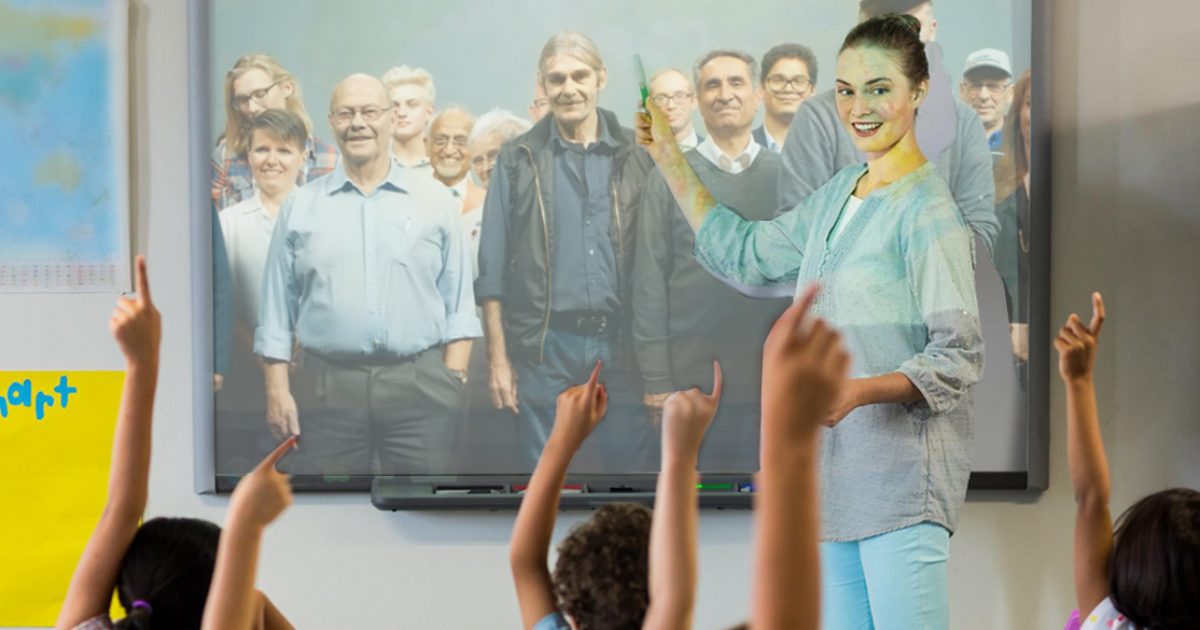 Education used to provide a basic framework to learn:  reading, writing and arithmetic.  However, now, public schools no longer teach children how to think and educate themselves, but rather teach them what to think.  Education used to be seen as the means of helping men understand who they are, who God is and how they might glorify him with their lives in whatever they pursued.  In America, for the most part, that is no longer the case.  The further we have drifted from that, the further we go down the road to reprobate minds and depravity.  The latest example of this is Florida middle schools now introducing LGBT propaganda films to students.

The story comes by way of Alex Newman at FreedomProject Media.  He writes:

Under the guise of “social-emotional learning” (SEL), at least one school district in Florida ordered middle school teachers to show propaganda films promoting the Lesbian, Gay, Bisexual, and Transgender (LGBT) agenda to children. One of the clips promoting gender confusion, bizarrely, was produced by a major Canadian bank. Another film portrays a self-styled “bisexual” as some sort of hero to be applauded for his sexual proclivities. These were shown to captive children ages 10 through 13.

Several controversial videos were included in the series. Among them was “#SpeakUpforInclusion,” a 4-minute clip that perpetuates absurd stereotypes under the pretext of combating stereotypes. It includes a Muslim claiming people view her as a “terrorist,” an “indigenous person” who was supposedly thought of as potentially “being a drunk” or having substance abuse issues, an Indian who claimed people “might have expected me to know a lot about computers,” a young person complaining that people think young people are lazy, a black man saying “hey do you rap,” and more.

After a bunch of platitudes about “diversity” and not judging, a man dressed up as a woman appears on screen. “I had a shop floor supervisor who stood up for me and sent out a company-wide e-mail saying that Robyn has every legal right to use the women’s change rooms,” said “Robyn” in a deep, manly voice. “It’s funny because you do find allies in some of the strangest places.” The video, produced by the Royal Bank of Canada, then uses emotional music while urging everyone to “speak up for inclusion.” How men in the women’s bathrooms promotes inclusion was not specified.

Below is the #SpeakUpforInclusion video.

Then there’s this little darling of a video shown to pre-teen children, which promotes bisexuality and being quite open about it as courageous.

There’s absolutely nothing courageous about being openly a sodomite or being with members of the same sex sexually.  It used to be something for which people were ashamed.  On top of that, it used to be understood that it was a crime to engage in such behavior with very severe penalties.

Ah, but the age of enlightenment has come, hasn’t it?  I’m reminded of the words of Jesus:

But if thine eye be evil, thy whole body shall. be full of darkness. If therefore the light that is in. thee be darkness, how great is that darkness! -Matthew 6:23

Clearly, this is not enlightenment, and I continue to be amazed as parents, who claim they love their children subject them to this indoctrination day after day after day, to Muslim proselytization, to political correctness, and all in the name of being educated.  However, American children are far more stupid than our forefathers.

I made this point some time back in a piece I wrote on taking control of your children’s education and experiencing freedom from the tyrannical beast of the state.

I have often encouraged readers here at The Washington Standard to abandon the public government education system, especially in light of the federal government’s push for Common Core Standards. It is merely a religious institution with the state established as god. “If you send your children to a state school, don’t be surprised when they become statists,” I always say.

Until the 1830s, Americans, for the most part, held to the traditions outlined in the Bible. Primarily, they understood that education was not the responsibility of anyone but the parents. Deuteronomy 6:4-7 teaches,

You might say, well that was Old Testament (as though that matters). “However, the New Testament is explicit. In Ephesians 6:1-4 we read:

Children, obey your parents in the Lord, for this is right. Honor your father and mother,” which is the first commandment with promise: “that it may be well with you and you may live long on the earth. And you, fathers, do not provoke your children to wrath, but bring them up in the training and admonition of the Lord.”

Dr. Joel McDurmon, in his book Restoring America One County at a Time, informs his readers that one of the “most widely accepted source(s) on the history of American education” was Lawrence Cremin. McDurmon points out that Cremin, though he was a liberal and progressive, and had “no particular fondness for America’s Christian history,” made note in his four-volume history the following facts:

Education was largely a private affair up until the middle of the nineteenth century. It didn’t involve government, but the family, just as God had ordained. Things seemed to work well.

In fact, they worked so well that McDurmon points out “roughly 48% of rural Britons could read at the time, compared to roughly 70% in rural America.” When it came to those in the city, Britain faired a bit better at 74%, but in American urban areas the literacy rate was nearly 100%.

The freedom of education meant a variety of things, including choices of schooling: homeschool, self-education, private education (including those set up by churches), along with apprenticeship and choices of curriculum.

Dr. McDurmon does take time to expound on how freedom in education was surrendered. Obviously, I don’t have the length of a book to make that argument. However, Robert L. Dabney, a southern Presbyterian pastor, clearly outlined the results that would come from the loss of freedom in education, which the North was pushing the South to adopt in the mid-1800s. Frankly, when I read his predictions in the short booklet On Secular Education, I was startled at how accurate he was.

This isn’t just going on in Florida and don’t tell me, “It isn’t going on in my school.”  More than likely, it is either happening under your nose, has happened or is being prepared to be brought in.  In either case, if you are tired of the state allowing this kind of perversion to propagandize your kids to be at war with their Creator and to bring about serious psychological and physical problems, I suggest you start pulling your kids from public indoctrination centers today and start teaching them at home, no matter what the cost is to you… for their sakes.