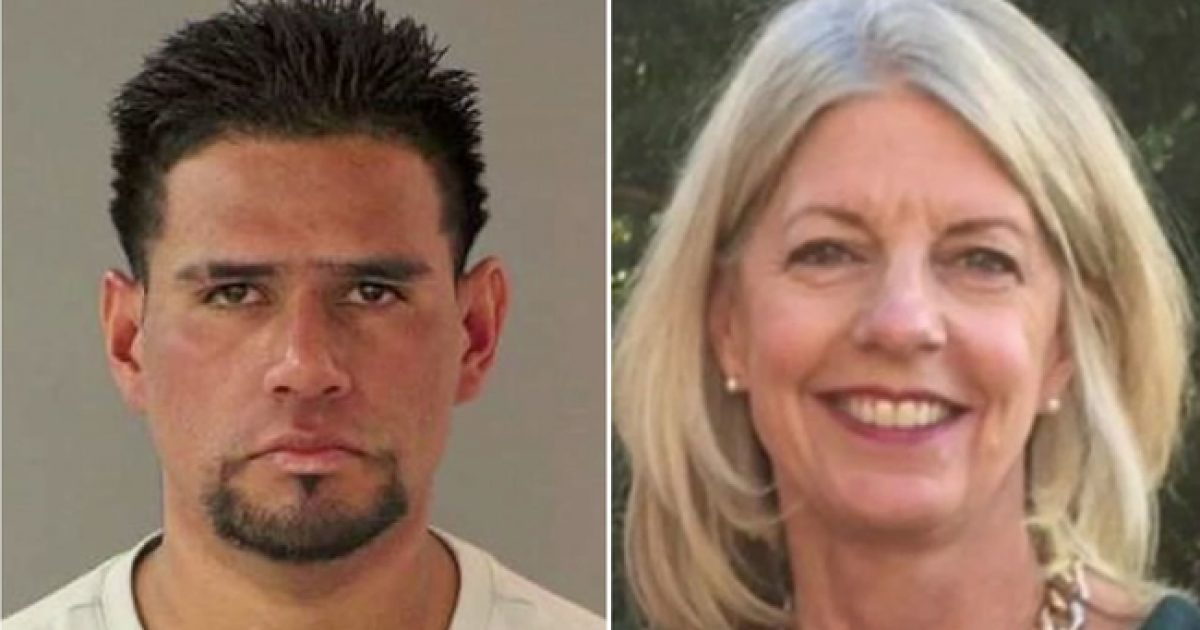 A 59 year old woman in South San Jose was brutally murdered by a man that ICE states they tried to deport NINE times, but California authorities declined to accept their detainers. So Carlos Carranza, an illegal immigrant Salvadoran national with a long criminal history was allowed back on the streets.

Carlos Eduardo Arevalo Carranza, 24, has been convicted of
kidnapping, drug possession, battery on a police officer, trespassing, burglary, and was diagnosed with psychosis in 2016, according to NBC. Yet California authorities in both Santa Clara County and Los Angeles refused to cooperate with ICE and hold him at least 48 hours past when he was to be released so they could get a warrant. On February 28th, he beat and stabbed 59 year old Bambi Larson multiple times. She was the mother of two adult children.

Carranza was arrested on charges of Meth, and a sample of his DNA was matched to that left at the crime scene. He was arrested for the murder on Monday.

Bambi Larson was being stalked by this violent predator for some time before the homicide. When she didn’t arrive at work on Feb 28th, her son and one of her coworkers found her body at her home.

This is a devastating tragedy– and my thoughts and prayers go to Ms. Larson’s family during this awful time. I’m grateful to Chief Eddie Garcia and our San Jose Police Department officers for their work in apprehending and arresting this individual and keeping our community safe.

It is long overdue for the County to reconsider its current policy of ignoring ICE hold requests for predatory felons, which undermines the safety of the very immigrant communities we collectively seek to protect. On July 10, 2015, I sent a letter urging County leaders to review their policies to ensure federal immigration authorities prosecute violent, predatory individuals who pose a serious threat to our residents.

My views were consistent with those expressed by Police Chief Eddie Garcia, and with the proposed policy of District Attorney Jeff Rosen, who sought to have the County accept ICE detainers for individuals, like the defendant in this case, arrested for prior first-degree home burglaries and other ‘strike’ offenses…
San Jose Mayor Sam Liccardo

California’s policy of refusing ICE detainers leaves their entire populace at risk. All of the sympathies expressed by law enforcement and leadership mean nothing if they leave the state code as it currently stands.