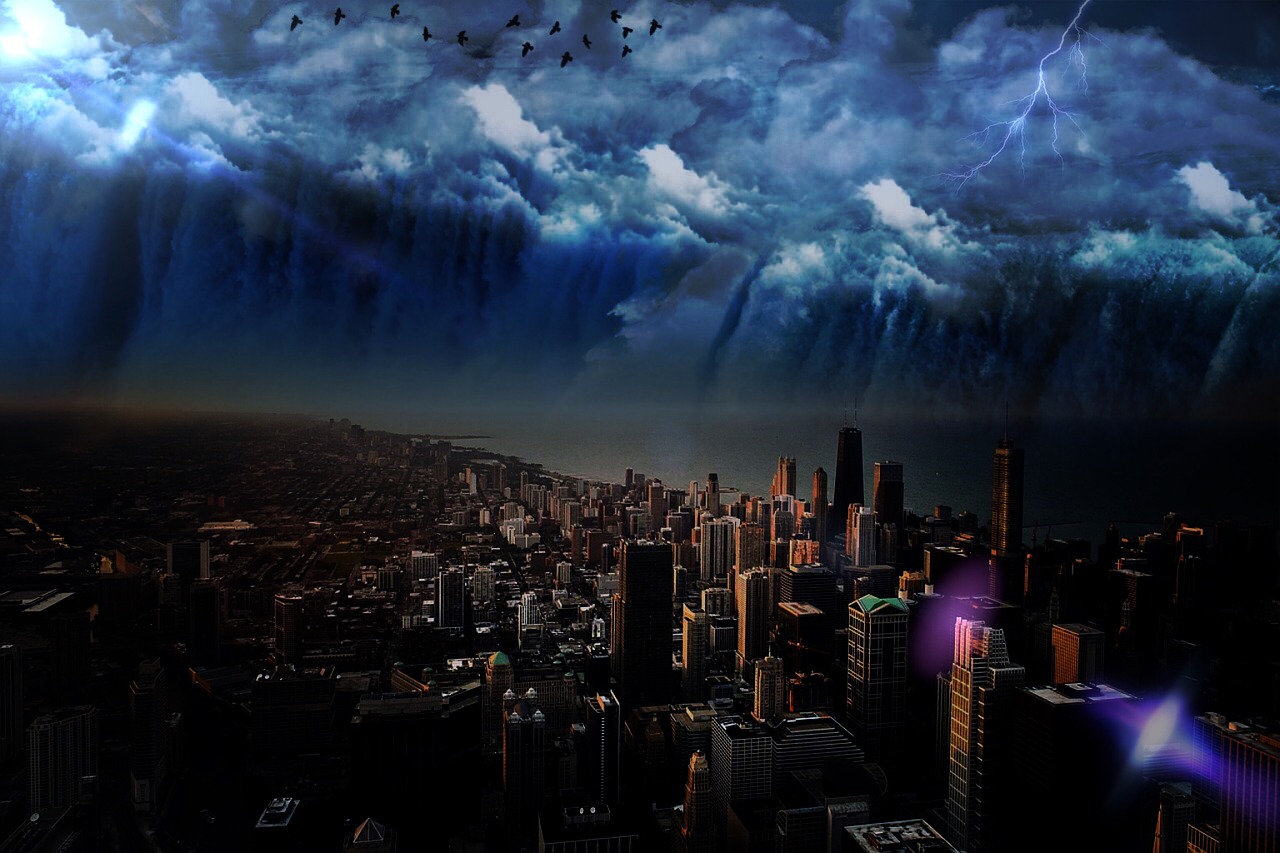 A lot of Americans are mocking Venezuela right now, but the truth is that what has happened to them could also happen to us very easily.  As you will see below, DARPA is so concerned about the possibility of a cyberattack taking down our power grid that they held an extended exercise recreating such a scenario late last year.  And even though scientists tell us that it is inevitable that a “solar tsunami” will absolutely devastate our power grid at some point, our leaders on the federal level refuse to spend the money that it would take to protect our basic electrical infrastructure.  In addition, Russia, China, North Korea and others have developed extremely advanced EMP weapons, and we have absolutely no protection against them.  One way or another, an extended blackout will eventually happen in the United States, and so we should try to learn some lessons from what is going on in Venezuela right now.

And without a doubt, life is hell in Venezuela at this moment.  The following comes from NPR…

Signs of the crisis are everywhere you look in the Venezuelan capital. “Drive around Caracas, and you see long lines of cars waiting for hours at the few gas stations still operational,” NPR’s Philip Reeves reported from the city.

“Motorists park on highways, cell phones aloft, searching for a signal. The rich have taken refuge in luxury hotels. The poor stand in lines in the street,” Reeves added.

The power outage has affected water pumps in some Caracas neighborhoods, meaning that people are waiting to fill water bottles at public locations such as springs.

As food supplies run out, people are becoming increasingly desperate, and desperate people do desperate things.

Hundreds of stores are being looted, and the overwhelmed police are instructing store owners to fend for themselves…

Looters smashed shop windows and made off with merchandise in more than 300 businesses across the state along the border with Colombia, the Zulia chapter of business organization Fedecamaras said in a statement.

“About 100 people came into the store and took all the food, the point of sale terminals,” said Maria Centeno, 29, the owner of a store selling food and furniture that was looted on Sunday. “They were people from the community. The police came by and they told me to sort it out myself.”

Of even greater concern is the fact that many people are dying from a lack of medical care.

Without power, there is little that the doctors are able to do, and one mother was forced to actually carry the body of her dead daughter through the streets to a morgue after the local hospital was unable to help her…

A severely malnourished 19-year-old girl died in her mother’s arms after doctors in Venezuela were forced to turn her away because a massive blackout shut down a hospital.

Heartbroken mother Elizabeth Díaz was forced to carry her daughter’s body, which weighed just 22 pounds, through the streets to a morgue.

A lot of Americans are mocking what is going on in Venezuela, but the truth is that the exact same thing could happen here too.

Many believe that the extended blackout in Venezuela was caused by a cyberattack, and unfortunately the truth is that the U.S. power grid is also quite vulnerable if someone decided to attack us in the same manner.

Last November, DARPA held a seven day exercise that simulated what would happen if a massive cyberattack suddenly took down our grid…

The Defense Advanced Research Projects Agency exercise, which took place from Nov. 1 to Nov. 7, was fictional, but it was designed to mimic all the hurdles and uncertainty of a real-world cyberattack that took out power across the nation for weeks on end–a scenario known as a “black start.”

To add realism, the exercise took place on Plum Island, a federal research facility off the north fork of Long Island, where DARPA researchers were able to segregate a portion of the island on its own electric grid.

Over the course of the seven-day exercise, more than 100 people gathered on the island, filling every necessary role to mimic an actual black start.

Of course that is not the only way our power grid could go down for an extended period.

Our sun is capable of producing a “solar tsunami” that could absolutely cripple our electrical grid at any time.  Earlier this week, I came across an article about a gigantic solar tsunami that hit out planet approximately 2,700 years ago…

Roughly 2,700 years ago, an unusually powerful solar storm swept past the Earth, scientists announced in a new study. Though it had little to no impact on people in that long ago, pre-industrial and pre-technological world, such an event today would cause widespread power outages along with potentially disastrous communication and navigation failures.

The solar storm in 660 B.C. was about 10 times stronger than any known event in the past 70 years, study lead author Raimund Muscheler said.

But we don’t have to go back that far to find the kind of solar storm that I am talking about.

In 1859, an absolutely enormous solar storm known as “the Carrington Event” hit the United States…

The solar storm of 1859 (also known as the Carrington Event)[1] was a powerful geomagnetic storm during solar cycle 10 (1855–1867). A solar coronal mass ejection (CME) hit Earth’s magnetosphere and induced one of the largest geomagnetic storms on record, September 1–2, 1859. The associated “white light flare” in the solar photosphere was observed and recorded by British astronomers Richard C. Carrington (1826–1875) and Richard Hodgson (1804–1872). The now-standard unique IAU identifier for this flare is SOL1859-09-01.

A solar storm of this magnitude occurring today would cause widespread electrical disruptions, blackouts and damage due to extended outages of the electrical grid.[2][3] The solar storm of 2012 was of similar magnitude, but it passed Earth’s orbit without striking the planet, missing by nine days.[4]

If such a storm hit us right now, electronic devices would be fried from coast to coast and the power grid would be down for the foreseeable future.  Life would dramatically change for all of us, and chaos would be unleashed all across this nation.

This is just one of the reasons why I so strongly encourage people to get prepared, because our government is most definitely not preparing for this kind of threat.

Lastly, I want to also mention that Russia, China and North Korea have been developing highly sophisticated “Super-EMP weapons” that we have no defense for.  The following is from the Washington Free Beacon…

Several nations, including China and Russia, are building powerful nuclear bombs designed to produce super-electromagnetic pulse (EMP) waves capable of devastating all electronics—from computers to electric grids—for hundreds of miles, according to a newly-released congressional study.

A report by the now-defunct Commission to Assess the Threat to the United States from EMP Attack, for the first time reveals details on how nuclear EMP weapons are integrated into the military doctrines of China, Russia, North Korea, and Iran.

For much more on the threat that we are facing, please see my previous article entitled “Amerigeddon: Are You Ready For The Chaos That Will Ensue When The Power Grid Is Brought Down?”

Sadly, most Americans do not understand how vulnerable we are, and when the power suddenly goes out someday they will have no idea what is happening.

So keep a close eye on Venezuela right now, because the exact same things that are happening there will eventually happen here too.