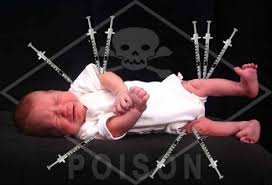 (Natural News) Mainstream media reports are brimming with condemnation against parents who make the informed decision not to vaccinate their children, claiming that unvaccinated individuals are directly responsible for triggering the handful of recent measles “outbreaks” that have been reported across the United States. But studies show that it’s actually the vaccinated “herd,” in many cases, that’s actively contracting this chickenpox-like illness, as well as spreading it to others.

Though pro-vaccine zealots would like us all to believe that the primary cause of infectious disease outbreaks are people who develop immunity naturally without getting jabbed with aborted human fetal tissue, synthetic chemicals, and other health-damaging toxins, the truth of the matter is that the “immunized” are the ones wreaking much, if not all, of the havoc.

A groundbreaking study published in the journal Clinical Infectious Diseases found that, contrary to the government’s unfounded claim that unvaccinated people are the ones putting public health at risk, vaccinated people are, in fact, capable of both becoming infected with the disease against which they’ve been vaccinated, as well as infecting others with it through secondary transmission.

A team of esteemed researchers from the Bureau of Immunization, the New York City Department of Health and Mental Hygiene, the National Center for Immunization and Respiratory Disease, and the Centers for Disease Control and Prevention (CDC) looked at evidence from a 2011 measles outbreak in New York which, as usual, was blamed on the unvaccinated. What they found was that the cause of this particular outbreak was actually a vaccinated person.

As Natural News and others have been saying for many years, getting vaccinated doesn’t protect a person from disease contraction, nor does it prevent a vaccinated person from acting as a carrier for disease and spreading it to others. In this case, “vaccine-compliant” people were directly responsible for doing both, proving once against that vaccines like MMR (measles, mumps, and rubella) don’t actually work.

“Of 88 contacts, four secondary cases were confirmed that had either two doses of measles-containing vaccine or a past positive measles IgG antibody,” the study explains. “All cases had laboratory confirmation of measles infection, clinical symptoms consistent with measles, and high avidity IgG antibody characteristic of a secondary immune response.”

It’s important to reiterate that the individual to whom the New York measles outbreak was traced had been vaccinated not once, but twice, with the controversial MMR vaccine, which was more recently found to increase the mortality rate of measles infection.

“This is the first report of measles transmission from a twice vaccinated individual,” the study reveals, in no uncertain terms.

“The clinical presentation and laboratory data of the index were typical of measles in a naïve individual. Secondary cases had robust anamnestic antibody responses. No tertiary cases occurred despite numerous contacts. This outbreak underscores the need for thorough epidemiologic and laboratory investigation of suspected measles cases regardless of vaccination status.”

Put simply, a twice-vaccinated individual caused the 2011 New York measles outbreak by spreading the disease to four of her contacts, two of whom had also received two doses of MMR prior to contracting the illness and spreading it to others.

It’s a similar situation to what occurred during the infamous Disney measles outbreak, where many of those who became infected with measles during that incident had also been previously vaccinated. Once again, what all of this research proves is that the MMR vaccine doesn’t provide real protection against disease, and can actually cause virus “shedding” that results in other people, including other vaccinated people, contracting disease.

“The moral of the story is that you can’t blame non-vaccinating parents for the morbidity and mortality of infectious diseases when vaccination does not result in immunity and does not keep those who are vaccinated from infecting others,” comments Sayer Ji from GreenMedInfo.