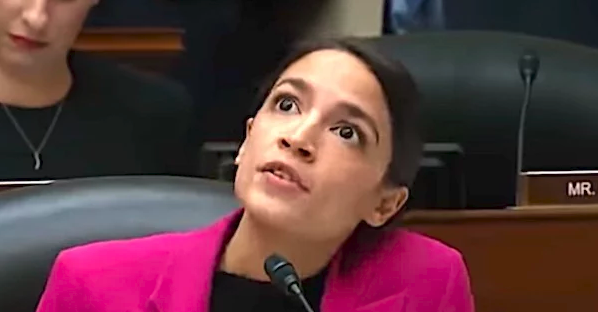 Do many of you really wonder how someone like Alexandria Ocasio-Cortez actually won a seat in Congress?  Well, actor, writer and political commentator Christopher Patrick Kohls believes he has the answer and claims that Ocasio-Cortez is not only a “puppet congresswoman,” who is “merely playing the part of a New York congresswoman,” but that the “people controlling her are very dangerous.”

Now, some of you might already understand what Kohls presents, and for others, you’re probably rolling your eyes and going, “conspiracy theory,” as though that is a response to the evidence Kohls presents in the video.

In the video, Kohls points out that a Marxist group called Justice Democrats were formed to respond to the election of Donald Trump as president.

What did the Justice Democrats do?  They held “auditions” for possible candidates for Congress.  Among those who “auditioned” was one Alexandria Ocasio-Cortez.

Kohls plays a video clip from one of the group’s videos to demonstrate he’s not engaging in conspiracy theory, but showing the Justice Democrats are actual conspirators.

However, Alexandria didn’t take the initiative to nominate herself.  Instead, she said it was her brother’s idea.

“My brother told me that he had sent my nomination in the summer, but I was, like, literally working out of a restaurant then,” she said.  “And I was like, there’s no way.”

Kohls then comments about why they cast her in her role and why they were doing it.

“A casting call,” Kohls said.  “They had a casting call. They cast Alexandria Ocasio-Cortez in the role of congresswoman. And they did this so they could promote their own agenda.”

Kohls also showed clips that seem to be pointing to the fact that Ocasio-Cortez doesn’t have the ability to think for herself, but rather is parroting what Justice Democrats are indoctrinating her with.  In Kohls’ opinion, this is why she sputters into unintelligent gibberish when she “goes off script.”

This is a movement about freedom and justice. And it’s a movement of, by, and for working people. If the Democrats refuse to embrace this platform, they’ll continue to lose, either to Republicans or to us.

Of course, the group lists all the ideas it seeks to advance:

Obviously, a few items in here I can agree with such as blocking bad trade deals and battling homelessness and ending unnecessary wars and nation building, even though with those things we probably disagree on how that is accomplished.

However, a lot of what is promoted is Marxist at its core such as Medicare for all and free education and expanding more transfer of wealth by means of government programs.

Finally, WND points out something critical:

In a feature on the group, the New York Times noted that in 2018, Justice Democrats endorsed 78 candidates and recruited 12 to run for office.

Of those 12, Ocasio-Cortez was the only one who won her general election.

However, six other endorsed candidates won, and among them are two other freshman House members who have joined Ocasio-Cortez in challenging the power of House Speaker Nancy Pelosi: Muslim Reps. Rashida Tlaib of Michigan and Ilhan Omar of Minnesota.

Last week, their power was demonstrated when a House Democratic Party resolution originally intended to reprimand Omar for anti-Semitic remarks was watered down. Before it went to a vote, Omar’s name was omitted and a long list of other forms of bigotry were added.

Ocasio-Cortez and her former chief of staff, Saikat Chakrabarti, one of the founders of Justice Democrats, are the targets of a Federal Elections Commission complaint by the National Legal and Policy Center alleging violations of campaign-finance laws.

Do you get the feeling that we are watching the Manchurian Candidate many times squared?  I sure do.