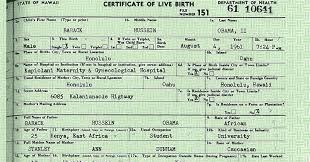 From the archives. This post originally appeared  at Freedom Outpost.

Former science adviser to Israeli Prime minister Benjamin Netanyahu, Israel Hanukoglu, Ph.D. created the website Israel Science and Technology, which is a national database and directory of science and technology-related websites in Israel. Recently, they have produced a report that is both scientific and technological in regards Barack Obama’s birth certificate that has been uploaded to WhiteHouse.gov.

Mr. Hanukoglu is not just some reporter or some “birther” as many have been identified as. Instead he is an award-winning researcher, a professor of biochemistry and molecular biology in the Department of Molecular Biology at Ariel University Center of Samaria in Ariel, Israel.

Since this is a site of Science and technology, there is a need to explain why this site dedicates a page to expose forgery about a document related to Mr. Barack Hussein Obama. Mr. Obama is the President of the USA that is currently the leader of the Free World, and the most powerful country in the Western hemisphere. In his position as the President, the policies pursued by Mr. Obama affects the whole world and not just the USA.

Because of the persisting controversy about his eligibility, On April 27, 2011 the Office of the President at the White House released a document that is called “Long-Form Birth Certificate”. The release of this simple document, after two years of controversy, raised in our minds the possibility that there could be something suspicious about the information available on this document. To check this, we downloaded the document that was posted at the White House site at http://www.whitehouse.gov/sites/default/files/rss_viewer/birth-certificate-long-form.pdf.

The analyses presented below reveal without a doubt that the Long-Form Birth Certificate of Mr. Obama is a fabricated, fake and forged document.

The publication of such a blatantly fake document about something so basic as the birthplace of Mr. Obama, should raise great concern about the suitability of the person who is holding the reigns on the most powerful country of the World.

Moreover, the lack of action on the part of the members of the United States House of Representatives and Senate, as well as the courts of the United States, despite many previous appeals to these three branches of American government, also raise a concern about how the governmental institutions of the reputedly best, and certainly the most important democracy in the Free World have avoided this issue.

The website conducted an independent analysis and also cites others who came to the same conclusions that they did: The birth certificate is a fake.

They even invite those interested to use the Foxit Reader version 4.3.1 software to examine the PDF file that the White House posted and they provide the information so that any person on the planet could examine for themselves the claims of those who have already looked into the matter. According to Jerome Corsi, “the Israel Science and Technology website examined the PDF file posted by the White House April 27, 2011, and found that the last digit of the birth certificate’s number, 61 10841, disappears under 800-percent magnification.”

“Many …examples can be discovered by examining magnified document with full page view of the document,” the website says. “In brief, this simple analysis using just a viewing software reveals that the PDF document has been altered by a graphics software.”

The problem is not that there is no evidence that the document is a fake. The problem is that elected representatives on both sides of the aisle don’t care whether America has a sleeper in the White House or not. The question we should ask ourselves is “Why don’t they care?”