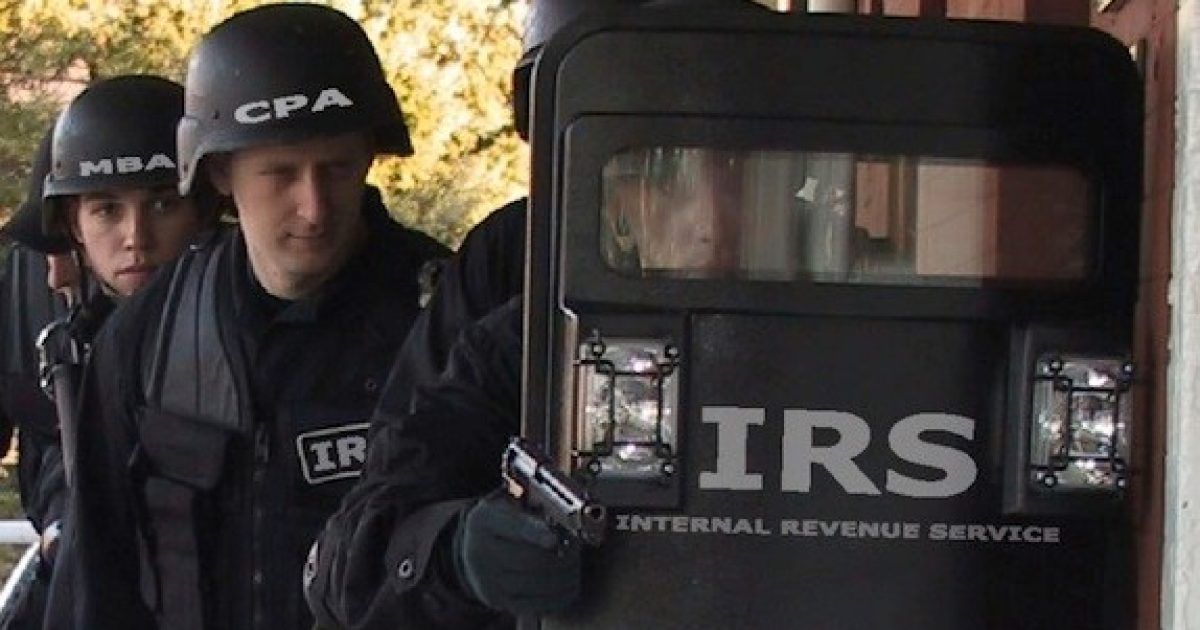 “Germans who wish to use firearms should join the SS or the SA – ordinary citizens don’t need guns, as their having guns doesn’t serve the State!” -Heinrich Himmler

While the government is busy attempting to disarm the Americans that they work for through their continuous propaganda efforts, they are on the back end in covertly expanding their agencies’ arsenals. This should come as no surprise.  These types of actions have been leveled against the American people since September 11, 2001, in which many agencies were created that were sold to the American people as precautionary and security measures, only to find that 18 years later that these same agencies have been found warring and stripping away the rights of Americans that government is to secure (Deuteronomy 29:63).

If this is not a cause of alarm to the American people, then what is?

The massive purchases of ammo and weapons by non-military federal agencies, like the Internal Revenue Service (IRS) and Social Security Administration (SSA), that first began under the Obama administration has continued unabated under the Trump administration, while receiving less media coverage.

According to a report released last December by the Government Accountability Office (GAO) and recently highlighted by Forbes, the mass purchase of ammunition, weapons and other military-grade items by ostensibly civilian government agencies has continued up through Fiscal Year (FY) 2017, the latest year for which data is available. The report also found that many agencies had misreported the amount and size of their ammo and weapons purchases to the GAO by a significant degree. In one case, the GAO found that Immigration and Customs Enforcement (ICE) had actually spent eight times more on weapons and ammo than it had disclosed to their office.

Among the agencies that acquired ammunition, weapons and related equipment in FY 2017 were:

These purchases in the past have been the subject of some controversy, such as the mass purchases of hollow-point rounds by government agencies including the Forest Service, National Park Service, Office of Inspector General, Bureau of Fiscal Service, the Drug Enforcement Administration, U.S. Marshals, and the U.S. Immigration and Customs Enforcement. Hollow-point bullets are illegal under the Geneva Convention but government agencies spent at least $426,268 in just two years (FY 2015 and FY 2016) to acquire them.

Ammunition purchases by the Department of Homeland Security in 2013 were also controversial and were subsequently investigated by the GAO. DHS had claimed that is was buying over a billion rounds of ammunition, including hollow-point rounds, in order to “save money.” However, this has long been in doubt, given that hollow-point rounds are significantly more expensive than other rounds that do not expand upon impact.

At the time, Forbes noted that the massive ammo purchases by DHS could be used to sustain a “hot war” for more than twenty years, given that during the height of the Iraq War the Army used around 6 million rounds per month. With its planned purchase of 1.6 billion rounds, DHS would have ammo left over after matching the Army’s peak daily outpouring of hot lead for two solid decades.

Though the initial mass purchases of ammo and weapons by U.S. federal agencies received considerable media attention and provided fodder for numerous conspiracy theories, the fact that those purchases have continued under Trump has received surprisingly less attention. This may be because past concerns over such purchases during the Obama era were often raised along partisan lines, with conservatives being the most vocal critics. This may seem odd given the gun control stances of Obama and his supporters. Many of those who had criticized the Obama administration for these shocking purchases, a large number of whom are now Trump supporters, may perhaps be uninclined to levy similar criticism against a president they now support.

In addition, it is not surprising that the Trump administration would allow these purchases to continue given that such purchases greatly benefit American arms manufacturers, with whom the president has cultivated a close relationship while making arms sales to allies the cornerstone of his foreign policy. Thus, it would make sense that Trump would be willing to support U.S. government purchases of those same arms, by both the military — as evidenced by the Pentagon’s still-ballooning budget — and non-military agencies.

There is no denying that these purchases represent a significant amount of government waste. More importantly, these purchases reveal the gradual yet continual effort to militarize federal agencies that have historically been administrative, a trend that should concern all Americans.

One might ask themselves, what has been the history of the state when it comes to this sort of activity? Consider that it is this government, outside of their delegated authority, that just passed a bill calling for the murder of the innocent up to birth (Proverbs 6:17).

Yet, there are still many Americans that stand back and play the fool to their own demise as to what this is all really about.