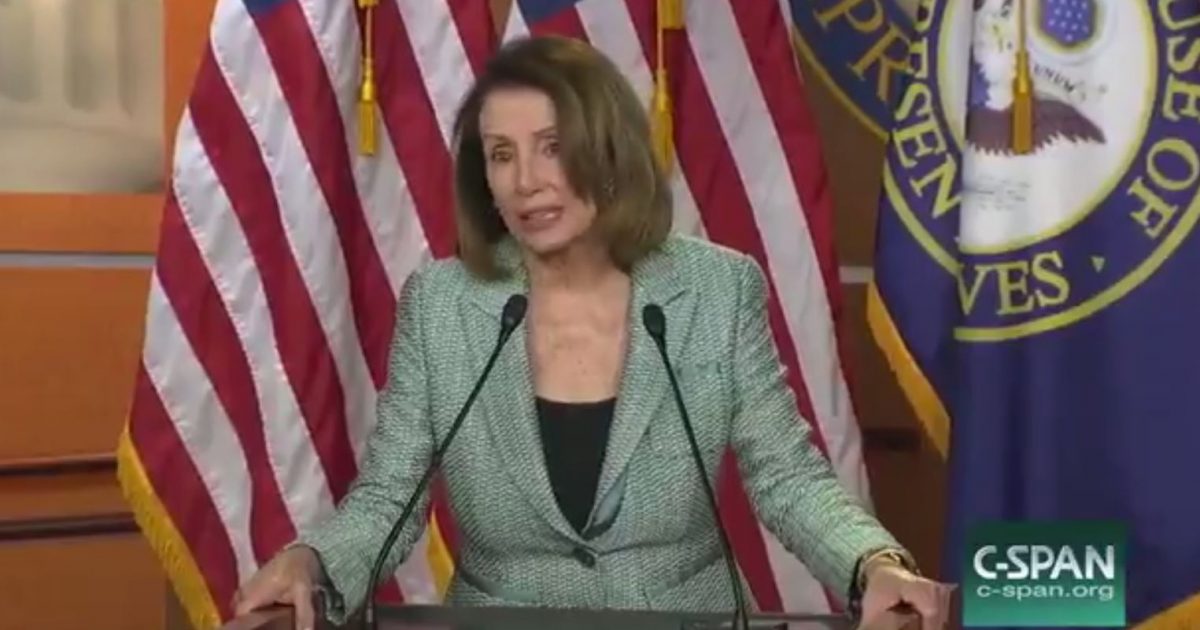 If House Speaker Nancy Pelosi, D-Calif., had her way, children as young as 16 would be allowed to vote in state and federal elections.

The California Democrat made it clear while speaking to reporters that she personally backs lowering the voting age from 18 to 16.

“I myself have always been for lowering the voter age to 16,” she said. “I think it’s really important to capture kids when they are in high school when they are interested in all of this, when they are learning about government, to be able to vote.”

.@SpeakerPelosi: It's "really important" to lower the voting age to 16. pic.twitter.com/cnUxSds1T3

The issue of lowering the voting age came up for debate in the House as an amendment last week on the  “For The People Act,” a Democratic pushed bill (H.R. 1) that would overhaul U.S. election and campaign finance laws. Democratic Massachusetts Rep. Ayanna Pressley introduced the amendment, but it failed 126-305.

Since 2013, thirteen states have proposed bills to lower the voting age. Some of the proposals are strictly for school board elections while others are for state elections.

H.R. 1, however, did pass the House through its Democratic majority, despite opposition from the ACLU.

Writing at the Washington Examiner back in February, David Davenport noted:

The oil causing this issue to pop seems lukewarm at best — it has arisen out of last year’s student protests over gun violence on campuses. Some believe student protests prove teenagers care about politics, or at least one issue, and this has fueled a national movement. It seems like a bad idea to me, but what we have not known until recently is how these younger voters might vote if they could.

The Pew Foundation recently completed a study on the political views of younger teens — ages 13-21 — and, in short, their beliefs are a lot like their older millennial brothers and sisters and not very much like their boomer parents and Silent Generation grandparents. For example, only 30 percent of these younger Generation Zers approve of President Trump’s job performance, compared with 43 percent for boomers and 54 percent for the silents. More striking, perhaps, 70 percent of them believe the government should do more, not less, compared with 49 percent and 39 percent of boomers and silents respectively. They believe blacks are treated unfairly and that gender designations should be handled very differently. Of all age groups, they are the most pessimistic about the direction of the country.

Some of the arguments for 16-year-olds voting are downright silly, especially the notion that more civic engagement will improve civic education. Sen. Harriette Chandler, D-Mass., said, “We signed a bill last year that provides civic education. This is just a continuation of that.” While we’re at it, let’s let more people perform surgery so they can learn to be doctors. Reminding us that no argument is too silly for an academic, professor David Runciman, head of the Department of Politics and History at Cambridge, says we should let kids vote at age six. Other arguments are very political, with Democrats far more interested in letting these more liberal Gen Zers vote than Republicans.

Of course, because this is a voting bloc currently being indoctrinated by the liberal “education” lobby.

I’m old enough to remember when the voting age was 21.  The arguments for lowering that to 18 were far more valid than those being thrown about by Pelosi and her crowd.  After all, 18-year-olds were serving in the military and some had even spent time in vacation spots like Vietnam.  Essentially, they were old enough to fight and die for one’s country but not old enough to vote.

The situation today is far different.  Let’s face it, this is just another ploy by the left to seize and maintain power with promises of free stuff.

“In the teen years, let’s keep the horse of civic education ahead of the cart of civic engagement and voting. There will be plenty of time and opportunity for that later,” Davenport said.