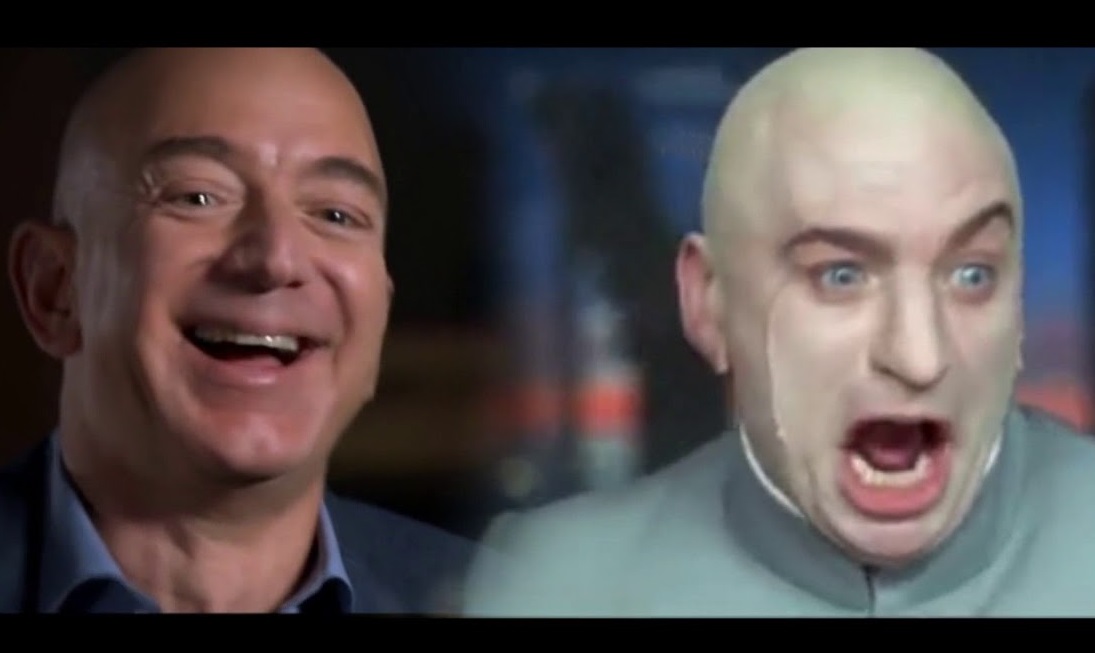 (Natural News) Contrary to what it might appear to be, Jeff Bezos’ Amazon empire didn’t just spring out of grassroots nowhere as a result of one man’s forward-thinking ingenuity with regards to evolving technological innovation. As it turns out, this corporate behemoth is actually a fascist psy-op birthed by the Central Intelligence Agency (C.I.A.) to seize total control over all trade and commerce throughout the world.

As revealed by State of the Nation, Amazon’s very existence was schemed up in secret by “deep state” spooks at the C.I.A. for the purpose not only of establishing a digital retail monopoly, but also as a mechanism to exert absolute power and influence over corporate America.

Much like the South American river after which it was named, the Amazon corporation was established from the get-go by the C.I.A. as “an octopus innervating and interpenetrating every segment of the corporate sector” – just like Walmart before it, the purpose of which was to destroy and take over the entire American retail industry.

“Where Walmart effectively functioned as an F5 tornado for small rural communities everywhere, Amazon is rapidly morphing into a Cat 5 mega-hurricane – NATIONWIDE,” warns State of the Nation.

“Just like the gargantuan Amazon River [that] snakes through the northern half of South America as it[s] numerous tributaries profoundly affect everything in their path, the enormous Amazon.com platform exerts influence far beyond Internet commerce … [t]he bottom line [being] that Amazon can act like the 800-pound gorilla, who sits anywhere it wants to, because it was made that way.”

For more news about Jeff Bezos, Amazon, and the rest of the fascist technocrats being used as insidious pawns to take over the world, be sure to check out Technocrats.news.

MacKenzie S. Bezos, Jeff Bezos’ wife, is the true C.I.A. mind behind Amazon that the public is overlooking

Though Jeff Bezos obviously captures most of the spotlight with regards to the goings-on at Amazon, both good and bad, seeing as how he’s the company’s C.E.O., it’s actually rumored that his wife, MacKenzie, is the “covert C.I.A. operative” who functioned as the true “mind” behind Amazon from the very beginning.

According to State of the Nation, the media has been propagating the Jeff Bezos – Lauren Sanchez affair as a distraction and cover for the fact that MacKenzie was at least one of the C.I.A. assets behind not just the creation and inception of Amazon, but also its propulsion to the top of the internet retailer food chain.

Keep in mind that the Amazon empire includes the fake news media outlet The Washington Post, which functions as a primary tool of disseminating propaganda as part of the C.I.A.’s infamous “Operation Mockingbird” disinformation scheme.

This would explain why Amazon is now actively censoring content on its platform that has to do with vaccines and health freedom, for instance.

In collusion with Big Tech and its many social media spy tentacles like Facebook and Twitter, Amazon is now achieving its intended goal of steamrolling the First Amendment and squelching all free speech that contradicts what the government-corporate fascist overlords have decided represents “truth.”

“Not only are extremely important ideas eliminated with a single keystroke by the Sultans of Silicon Valley, so are people who oppose the New World Order agenda,” says State of the Nation.

“Everything points to the Bezos family as being one of those C.I.A. families that goes back generations. The is the type of family who will take orders from T.P.T.B. (the powers that be) and unquestionably carry out those orders no matter what the consequences to people and planet. In and of themselves, they wield no real power, but are wittingly used as agents of Deep State and operatives of the U.S. Intelligence Community – 24/7.”

Be sure to read the full State of the Nation piece on the subject at this link.