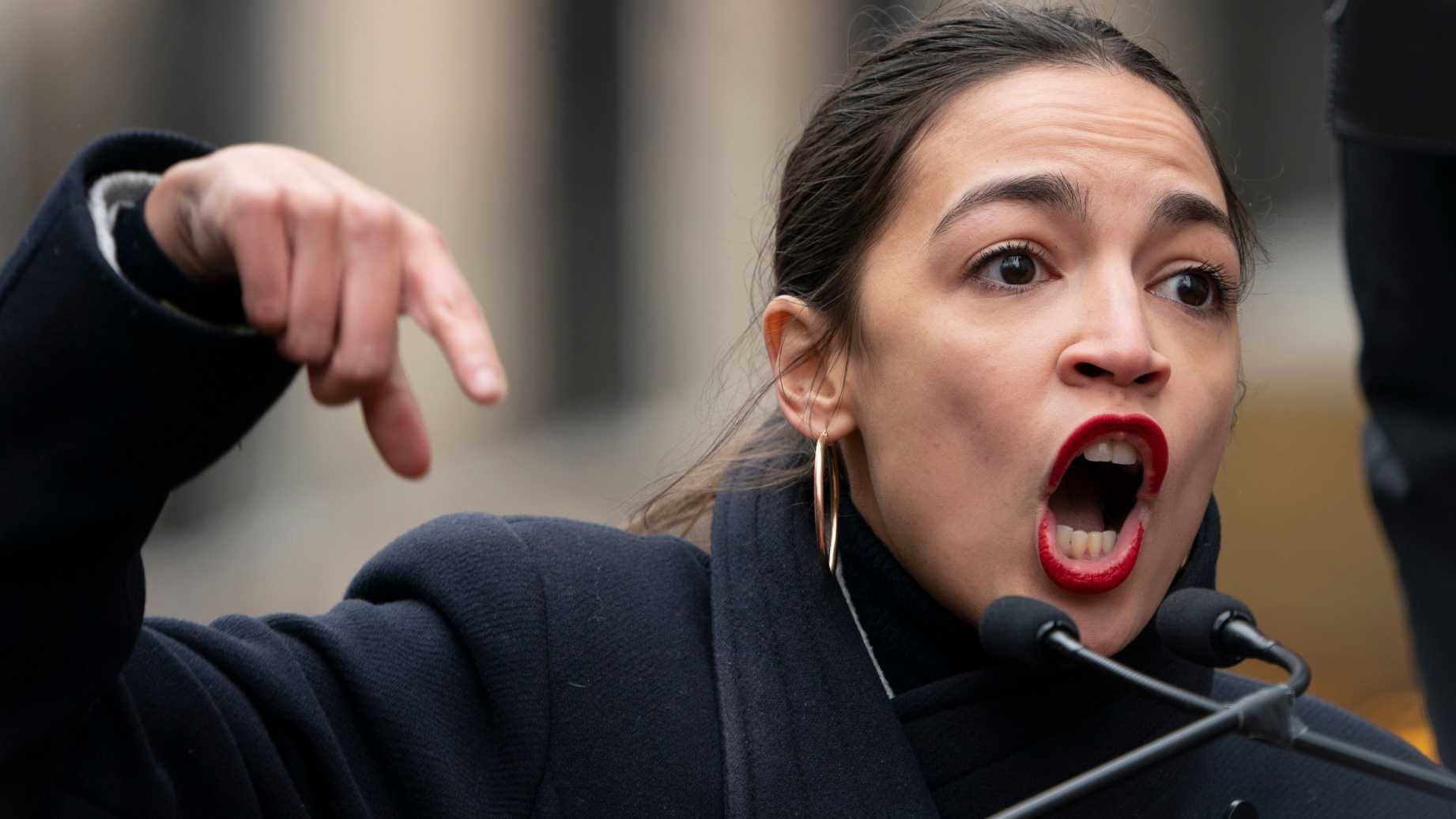 Alexandria Ocasio-Cortez is the gift that keeps on giving. As for the GOP, “Never interfere with your enemy when he is making a mistake.”

REP. ALEXANDRIA OCASIO-CORTEZ (D-NY) HAD A TWITTER MELTDOWN OVER NEWS HER UNFAVORABLE RATINGS HAVE SURGED IN THE LAST FEW MONTHS.

Earlier this week, Breitbart News reported on Ocasio-Crazy’s awful polling numbers as reported by Gallup. There is just no question that as her national profile has exploded, primarily through gushing coverage from the establishment media, it has backfired bigtime with the public.

The more people know about Ocasio-Crazy, even though the media’s Vaseline-smeared filter, the less they like her.

Although she is much better known than almost all of her counterparts in congress, better known than even Chief Justice John Roberts, a plurality of 41 percent view her unfavorably, a leap of 15 points since September.

Meanwhile, her favorable rating has only jumped seven points, from 24 to 31 percent.

Right now, Ocasio-Crazy is underwater with the public by double digits, by ten full points.

Ocasio-Crazy dealt with the news with the sober maturity you might expect from a lunatic who believes the world will end in 12 years — you know, unless we slaughter all the cows to stop them from farting.

“If you want to know what subconscious bias looks like,” she screeched, “it’s a headline saying ‘AOC is underwater with every group EXCEPT women, nonwhites, and 18-34 year olds.’

“So older, conservative white men are considered “everyone” and everyone else is discounted as an exception.”

If you want to know what subconscious bias looks like, it’s a headline saying “AOC is underwater with every group EXCEPT women, nonwhites, and 18-34 year olds.”

So older, conservative white men are considered “everyone” and everyone else is discounted as an exception.

Basically, she’s freaking over a factual headline offering context that is favorable to her — those groups that still see her more favorably than not — and that freak out — an unhinged cry of racial paranoia — not only makes no sense, it’s like accusing someone of burning a cross every time they boil water.

That was just the first half of her freak out. Here’s part deux:

“The reason people know more [about me] is bc Fox News has turned into “AOC TMZ” (no offense to TMZ), so awareness is growing w/ GOPers.”

The reason people know more is bc Fox News has turned into “AOC TMZ” (no offense to TMZ), so awareness is growing w/ GOPers.@JaneMayerNYer has reported deeply on this propaganda machine + it will be aimed at any Dem they want. Nothing changes that.

We can’t be scared by that.

That is nothing more than a hysterical lie.

But I guess it’s easier to blame Fox News rather than the fact you have been exposed as a real-life Bond villain: a monster claiming to want to save humanity when your real goal is to rule over humanity.