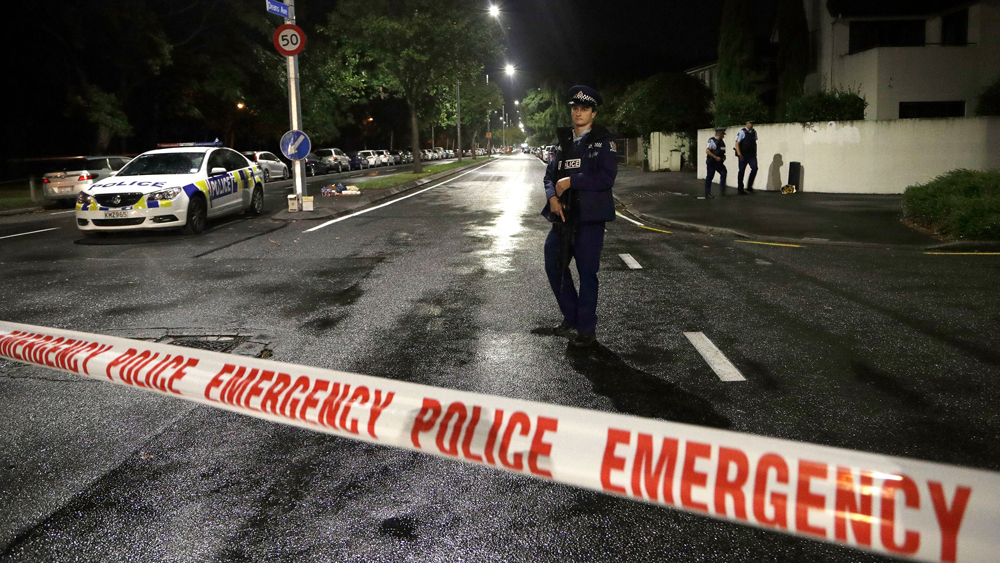 (Natural News) Right on cue, the same lying, corporate media that always claims we “shouldn’t leap to conclusions” when radicalized Muslims carry out acts of terrorism (such as the Orlando night club shooting, or the Paris attacks, etc.) is hyperventilating over the New Zealand mass shooting, claiming that anyone who ever criticized any Muslim is now directly responsible for the killings.

The media has now gone into full-blown “protect the Muslims / demonize the Christians” mode, which is exactly what we’d expect a dishonest, globalist-run news cartel to do. For the record, myself and Natural News insist that it’s wrong to commit against of violence against anyone based on their religion or country of origin. But that is not the position of the left-wing media. To them, violence against Christians, Trump supporters, gun owners or white people is always justified.

Demonstrating the extreme media bias that’s now at play on a daily basis, the way the media responds to mass shootings depends entirely on whether Muslims are the victims or the shooter. If the shooter is Muslim, the media downplays the events and claims the shooter must have been justified, and tells us we shouldn’t paint all Muslims as being responsible for the actions of “one lone gunman.” But if the victims are Muslims, then the narrative goes into cartwheels to blame all white people, all Christians, all Trump supporters, all gun owners and anyone who ever criticized any Muslim, ever (including Ilhan Omar, a Jew-hating member of Congress who is also a Muslim).

The double standard is sickening and impossible to miss. BrightStartNews.com published a fascinating analysis that takes a closer look at how the Huffington Post runs stories that work overtime to protect Muslims and demonize everyone else, even in cases where Muslims carry out mass murder. (The Left in America today has become anti-Israel, anti-Jew, anti-white, anti-America and anti-Christian. They now worship radical Islam, even as they simultaneously promote the same LGBT agenda that gets gays beheaded with machetes in Muslim countries… go figure.)

Watching the media and establishment reaction to the Christchurch New Zealand has been a sight to behold.

In the case of Omar Mateen, his motive wasn’t radical Islam even though he pledged allegiance to ISIS. No, his motive was big bad evil America killing too many civilians. Just ask Huffington Post:

The gunman who slaughtered 49 people in an Orlando, Florida, nightclub told a police negotiator the attack was a protest against U.S. bombings of Islamic State targets in Iraq and Syria.

In his conversations with the police negotiator, Mateen repeatedly complained about civilians killed by U.S. airstrikes in Syria and Iraq. “What am I to do when my people are getting killed over there,” he said.

When the negotiator asked him to identify himself, Mateen answered, “My name is Islamic soldier,” and, “Call me Mujahideen. Call me the solider of God.” He said he’d pledged allegiance to the Islamic State and expressed admiration for one of the brothers who carried out the deadly Boston Marathon bombing in 2013.

Investigators concluded later that there was no direct link between ISIS and the assault on Pulse, a gay nightclub.

The jihadi literally spells it out for them:

The attack occurred during the holy month of Ramadan. Mateen told the negotiator that he was adhering to religious tradition.

So…despite the fact that he openly declared his motives and allegiance, that’s not what it was at all. There was no connection to ISIS. Nothing to see here. Move along.

But when a white man walks into a mosque and slaughters 50 muslims, his motives are immediately known, interpreted, and extrapolated onto a larger community.

Huffpo has thrown all caution out the window for the Christchurch, NZ terror attack.

That’s pretty rich considering the intolerance coming from Congress has all been radical Muslims attacking Jews. But apparently it’s Republican rhetoric that’s in need of examination according to HuffPo.

Huffpo headline: “Mass Shooters Have Exploited The Internet For Years. New Zealand Took It To A New Level.”

This is just Huffington Post. You can do this comparison and receive similar results at almost any news organization in the country.

And when a Muslim slaughters innocent people, the community is immediately warned not to incite a backlash.

In the case of the Christchurch terror attack, there are no warnings of caution against a backlash. On the contrary, the media and institutional left seem hell bent on fostering one.

Also, after a muslim commits an act of terror on American soil, like the one on 9/11, Americans are immediately warned that to sacrifice any freedom for security is a betrayal of the American dream.

Here’s the ACLU on not sacrificing freedom when a Muslim slaughters innocent people:

America faces a crucial test.  That test is whether we – the political descendents of Jefferson and Madison, and citizens of the world’s oldest democracy – have the confidence, ingenuity and commitment to secure our safety without sacrificing our liberty.

Today, the left is demanding the shuttering of any chat board the Christchurch terrorist might’ve hung out. They don’t even want to debate freedom vs security. They just want to punish everyone who might identify with a community this terrorist identified with.

If anyone demanded the closing of a mosque frequented by the Boston Marathon bombers, or Omar Mateen, there’d be hell to pay from the ACLU.

Why are atrocities committed by a Muslim given the narrowest, velvet glove treatment while terrorism committed by a white guy is instantly interpreted against a wider community?

Comments from TheGatewayPundit tell us more

Reader commends on all this from TGP:

Citizen 1949: Isn’t it odd how the mass murders by mooslems go on around the world and barely a peep is heard in national media, but let one mosque shooting happen by a non-muslim and the media goes nuts.

Notmybrotherskeeper2: If only the Left were so outraged by the 4500 Christians murdered last year, by Muslims.
But then again, Christians being marked for genocide makes “progressives” feel less miserable than usual.

Whitehorse: In February of this year alone, 22 countries suffered through islamic terror attacks. There were a total of 150 attacks with 883 killed and 547 injured. Similar statistics occur every damn month. Most people are unaware of this staggering reality, or else their minds are incapable of rational thought and they can’t process what this entails.

Pepper Michaels: I REFUSE to watch and listen any “news” reports of the shootings anymore – and I have been. Meanwhile, mooslem affairs and atrocities are being committed monthly in places as the African continent, but yet the JOURNALISM sprinkles it lightly on page 15 of world news daily . Mooslem insertions into host nations is very delicate and upon insertion and attachment, host nation Governments become very, very, very afraid – see Nancy Pelosi blinking over Omar.

DZ-015: Huffpo masthead motto: If we didn’t have double standards, we’d have no standards at all.

Stephen Decatur: The Leftist propoganda machine is on full display every day for anyone who cares to see it. However, 2A is going to make the US a different challenge than the Islamists have encountered recently.

Michael in Dublin: “Today, the left is demanding the shuttering of any chat board the Christchurch terrorist might’ve hung out.” Great suggestion: shut down Google, Facebook, Twitter, Youtube and Apple devices so that all brutal people and terrorists can have no free publicity. This will prevent the spreading of hatred. The killer loved China but did not realize that if he had done this in China no one would have heard of this.

Stay up to date on more news about shootings (and how they’re covered in the media) by reading Shootings.news.