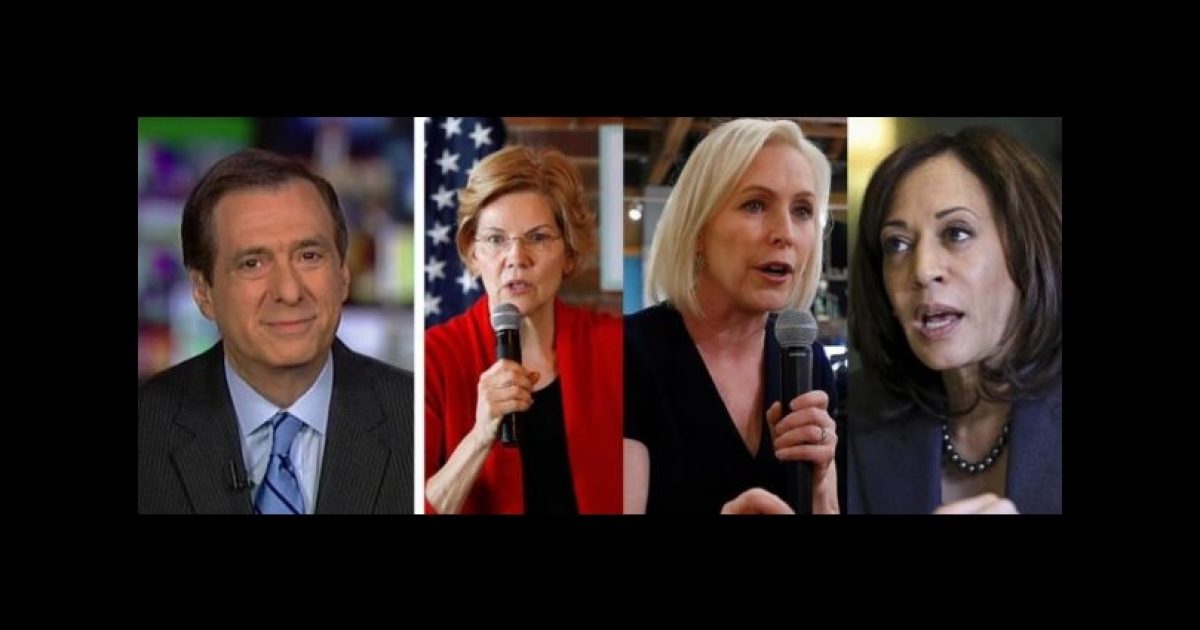 The crop of 2020 Democrats have many plans if they manage to beat Donald Trump, but YOU are not among those plans. They have embraced anti-Constitutional, anti-American ideas that are antithetical to any ideas ever embraced by political candidates.

Where did you live when you were 16? At home, right? Even at 16, most things were provided for you, even though your bedroom in that home probably looked like a cyclone hit it most of the time. Why did Democrats propose that a 16 year old vote? Because that’s when they live in a sort of “socialist” world.

“Sixteen is the time when young people live under the authority of their parents. It’s a socialist world that they live in. They can work, or not. They are fed, housed, and don’t have to pay the bills. They actually live in a socialist utopia. Have you ever seen any cartoon that shows someone paying bills? Of course not. It’s the perfect fairy tale world.” Rick Ferran, Uncle Sam’s Misguided Children

Democrats want kids who have no concept of real life to have the right to vote. Nancy Pelosi has pushed it. Other Democrats have signed on too, like 2020 Democrat Candidate Tulsi Gabbard, and other Dems like Adam Schiff, Ted Lieu, Eric Swalwell, and Maxine Waters, according to the Daily Signal. That age also has been shown in some polls to favor socialism over capitalism. They haven’t been taught any true history.

As we have told you before, the Electoral College is essential to allowing ALL Americans a voice in the vote. Without it, rural areas and smaller states would have no vote at all. It also is determined by the Census…and how many US citizens can vote. Which is why Democrats are hot to change it.

The Electoral College is written into the Constitution. But Democrats like Elizabeth Warren, Steve Cohen, ‘Beto’ O’Rourke, and others want it to be dumped in favor of the “popular vote.” They’re using whatever rhetoric they can to sway the masses, even claiming it was started to “perpetuate” slavery, which is a complete fabrication.

But we’re not voting for cheerleaders in high school, we’re electing Presidents.

The Democrats are getting around the Constitution by promoting state laws that force electoral votes be given only to the person who wins the national popular vote. See how that works? Go around the Constitution. Skip the purpose. And candidates would NEVER visit smaller states because all the votes would be in the metropolitan areas. There are currently 12 states, with 181 electoral votes, that have signed on to that rule.

Kamala Harris, Elizabeth Warren, and Kirsten Gillibrand have all embraced the idea. FDR tried it and failed miserably, by the way. The absolute only motivation for this scheme is hate for Donald Trump. The Supreme Court has worked just fine with 9 members.

“Keep in mind that for a century and a half the court has been limited to nine justices and has worked just fine. Some of the court’s decisions have been wise, others misguided and some appalling, but Americans trust that the court is a real institution and on the level.

That trust in the court and other institutions keeps this country stable.” Tucker Carlson

More Taxes. So someone can get free cash without doing anything for it. Universal income in Canada was dumped 15 months before the end of its 3 year trial period. It’s expensive. And it didn’t accomplish what its backers hoped.

Progressive Democrat 2020 candidate Andrew Yang proposes giving every American a “basic income” of $1000 because of “workforce displacement” due to technology advances. He claims it’s not “socialism.” To pay for it, Yang proposes a 10% Value Added Tax on goods and services according to CNBC.

“The progressive version of the basic income isn’t rooted in technological unemployment. Rather it’s a mechanism for redistributing money. It’s based on the idea that everyone is entitled to an income, whether they’re willing to work for it or not.” Paul Winfree, a director of Heritage Foundation in a Fox Op-ed

We’ve already written about the constant attacks on the 2nd Amendment, and the Democrats who want gun confiscation, and are determined to get it no matter what the cost to the Constitution. Then there’s the Democrat penchant for abortion, the murder of children even after they’ve survived an abortion attempt.

They want control over us by any means necessary. It’s our responsibility not to let them have that control.

“The modern Democrat Party is a direct threat to the US.” Joe Newby, US Marine Veteran