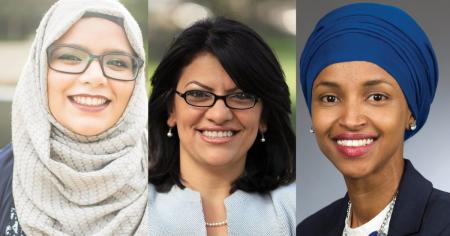 Many of you are familiar with a couple of congressional seats that were picked up by Muslim women and the first Muslim state attorney general put into office in Minnesota.  What you may not realize is just how many political offices were filled by electing Muslims in 2018.  Even more concerning is the high percentage of Muslims voting and their openness to promote the fact that they want to “change” our culture and society.

First, the information comes from JETPAC, which stands for Justice Education Technology Political Advocacy Center.  According to their Mission Statement:

We will take our place at the table across all levels of government.

Our philosophy of change is rooted in a community-based approach, grassroots mobilization, civics training, and technology application. We have developed our own training curriculum, as well as proprietary social media technology and automation tools, to give our Fellows the skills and resources they need to win elections. (emphasis mine)

One wonders if some of those tools involve voter fraud, especially after what we witnessed in Minnesota.

Let’s break down the Muslim wins from federal to the local level, and then we’ll sort them by states.

In breaking these down by state, Deplorable Kel formulated a list.

Those judiciary wins are extremely significant considering how judges don’t seem to be concerned about the Constitution anymore and look to foreign law and “precedent” in many of their rulings.

However, numbers from a report by Hamas-CAIR (Council on American-Islamic Relations) in coordination with JETPAC indicates that a high percentage of Muslims voted in 2018.

If you don’t think they have an agenda to conform America to Islam, you really do need to pull your head out of the sand.