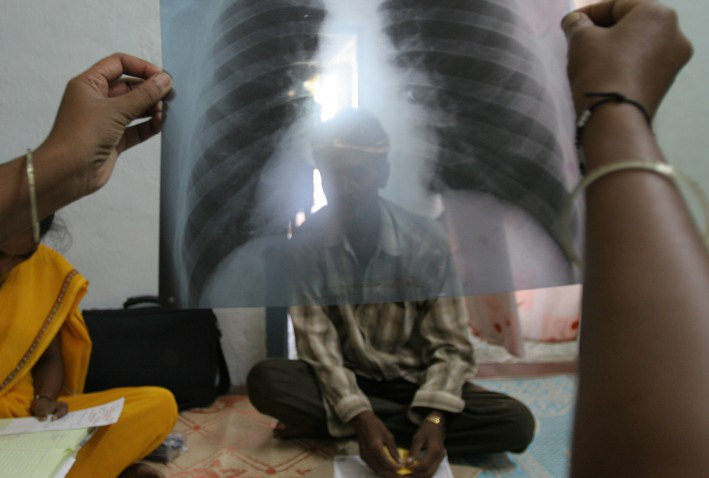 (Natural News) While parents of schoolchildren in California are being bullied into getting their kids vaccinated and shamed by the mainstream media, refugees are entering our country with highly contagious diseases and the media and the Centers for Disease Control and Prevention (CDC) are barely batting an eye.

It’s also worth noting that the number of tuberculosis cases reported in the U.S. climbed for the first time in 23 years in 2015, and much of that rise is being pinned on the jump in foreign-born population compared to the total population during the same period.

Many of these Somali-born migrants came to the country through the federal refugee resettlement program. More Somalis are living Minnesota than in any other state. Around 20 percent of Somalis aged five and older speak little or no English, most are Sunni Muslims, and eight out of ten of them live in poverty.

Tax payers in Minnesota spent an estimated $5 million treating active TB cases among refugees, spending roughly $3 million on the Somalian refugees diagnosed with the disease and $2 million on refugees from other countries with the illness.

If this is the first time you’re hearing about this tuberculosis wave, you’re not alone; although sites like Natural News and Breitbart reported on this back in 2016, it’s hardly getting the coverage it deserves. The mainstream media, despite being all too eager to devote countless hours of coverage to measles outbreaks, has been completely ignoring it, with coverage these days coming mostly from more obscure outlets like The Israel Wire.

Although Minnesota’s TB problem isn’t being widely reported on, at least the statistics are being made available. States like Michigan, on the other hand, are doing their best to ensure that word doesn’t spread about the problem, with the Michigan Department of Health and Human Services being accused of adopting a “culture of concealment” when it comes to hiding latent tuberculosis infection rates in refugees from the public.

Identifying latent tuberculosis infections as refugees enter the country is essential as treatment must commence right away to prevent the disease from being spread. When latent TB activates into infectious TB, it becomes a public health risk. With 22 percent of the refugees who arrived in Minnesota testing positive for latent TB at their initial screening, it’s not a stretch to imagine a similarly high percentage being found in Michigan.

It’s interesting that kids in California are being banned from school until they get measles vaccines despite no cases of the illness actually being reported at their school, yet no one talks about the fact that migrants are bringing highly contagious diseases into the country – in fact, the World Health Organization’s fact sheet says that latent TB is the top infectious disease killer on the planet. These people are also bringing in diseases like diphtheria, whooping cough, and yes, measles.

For all the overblown drama about vaccinated kids going to school with kids who haven’t been vaccinated against measles, where is the concern among the CDC and the media about people who are demonstrably importing contagious diseases into our country? Is their fear of being labeled racist for calling attention to the problem really worth putting the population at risk?