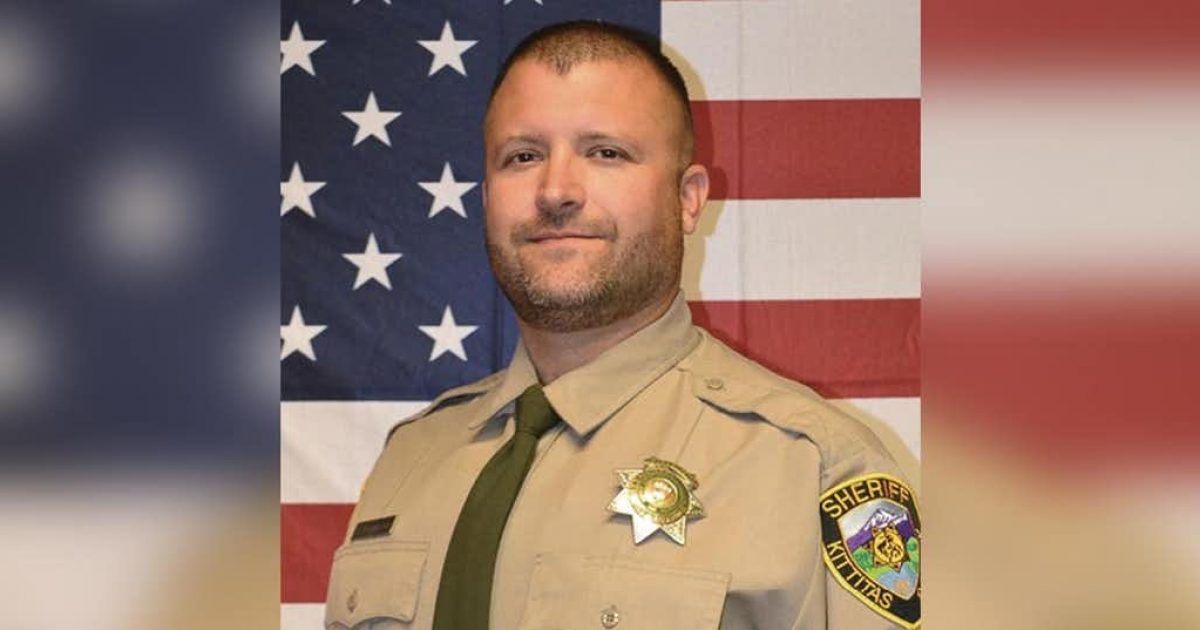 King5 News reported that Deputy Ryan Thompson of Kittitas County, Washington, was fatally shot on Tuesday by Juan Manuel Flores Del Toro, a Mexican national who had overstayed his H2-A visa. A Kittitas City officer was shot in the leg.

“Juan Manuel Flores Del Toro, a citizen of Mexico, was unlawfully present in the United States. He entered the U.S. on April 11, 2014 through a Laredo, Texas Land Port of Entry on a Temporary Agricultural Worker (H-2A) visa. U.S. Immigration and Customs Enforcement (ICE) has no record of Flores Del Toro leaving the U.S., nor extending his visa after it expired.” ICE Statement

“Juan Manuel Flores Del Toro, a citizen of Mexico, was unlawfully present in the United States. He entered the U.S. on April 11, 2014 through a Laredo, Texas Land Port of Entry on a Temporary Agricultural Worker (H-2A) visa. U.S. Immigration and Customs Enforcement (ICE) has no record of Flores Del Toro leaving the U.S., nor extending his visa after it expired.” ICE Statement

On Tuesday, at around 7:37 p.m., Kittitas County responded to a call about a possible road rage incident. Deputy Thompson, 42, attempted to stop the vehicle, but the driver led the officer into a pursuit and exited I90 into the city of Kittitas. At that point a Kittitas City officer, Benito Chavez, 22, joined the pursuit.

Del Toro finally stopped his car in the city and began shooting at the officers. The Chief stated that neither officer was aware that Del Toro was armed until he started shooting. Both officers returned fire, both were hit, Thompson fatally. Del Toro was also hit, and died from his wounds.

Officer Chavez is in satisfactory condition but faces a long recovery from a shattered femur.

Deputy Thompson is survived by his wife and their three children. Ryan was a 15 year veteran of various law enforcement duties – reserve, corrections, and a campus officer, in addition to the Kittitas County Sheriff’s Office, according to Blue Lives Matter. It was their first officer killed in the line of duty since 1927, reports the Yakima Herald.

The Ellensburg Police Department is taking the lead on the investigation.

Tracking people who overstay their visas is a daunting task. The Department of Homeland Security issues a report on the overstays every year. In 2017, there were 700,000 visa overstays, which was a DROP from 2016. DHS says 15% of those 700,000 have left the US, but all the rest remain…somewhere in the United States.

Add those figures to the 100,000 that ICE had to release just a few days ago, and the 76,000 that crossed the border illegally in February, and we have a massive problem. Student and Exchange visas, as well as Temporary Worker visas like Del Toro’s have the highest overstays – they disappear.

The Center for Immigration Studies wrote:

“The DHS report confirms that overstays remain a serious problem for the integrity of our immigration system and potentially for national security. Even though many of those visitors who overstayed initially were found to have eventually departed or adjusted to a legal status over a period of several months, still more than 420,000 of the 2017 overstays had not done so by May 1, 2018, and are believed to have remained in the country. They may be here to work, to join family members, or for criminal or other nefarious reasons.”

Police are continuing to investigate Del Toro to find out why he ran from police.

The body of a Kittitas County Sheriff’s Deputy is wheeled on a gurney from Kittitas Valley Hospital. The deputy was killed in a shooting in Kittitas. A Kittitas Police Officer has also been injured and the suspect was killed. pic.twitter.com/UyY0ep0Jes