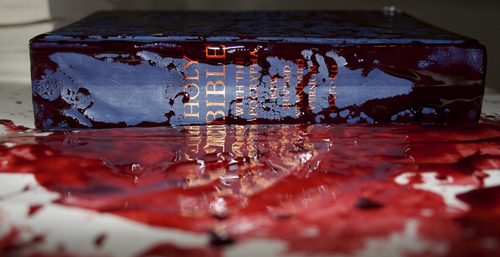 From the archives. Originally published September 1, 2015.

Court documents that were unsealed last Monday, demonstrate exactly what Barack Obama is bringing to the shores of America. The details contained in the document show how three Muslim immigrants beat a Christian man to death in Portland, Maine.

Three Somali-Americans, Mohamud Mohamed, 36, and Osman Sheikh, 31, Abil Teshome, 23, brutally beat and murdered Freddy Akoa, 49. The attack allegedly took place over the span of several hours, in which Akoa suffered cuts and bruises all over his body, a lacerated liver and 22 rib fractures.

However, according to the autopsy, Akoa died as a result of blows to his head.

Akoa was found on his living room floor next to his blood-splattered Bible. A court document with Mohamed’s name on it was found under his body and there was a purse on the kitchen counter with contents inside with the name of Jennifer Wilson on them, according to Portland Police Detective Christopher Giesecke

Local police would not comment on what they believed happened and whether or not the attack was religion-based or not. I’m pretty sure most of us know already that it is.

Could they have been drinking and then gotten into an argument over religion? Police wouldn’t say if the Bible was found open or closed, but its presence so close to the body leaves one to wonder.

A local detective refused to fill in any of the many blank holes in the story of Freddy Akoa’s death.

“I can’t go into any of the details,” Detective Rich Vogel of the Portland Police Department told WND. “I’m just not at liberty to give out any information about a case that’s subject to an ongoing investigation. Eventually the whole story will come out. It always does.”

There were several other people in the apartment when the altercation broke out, Vogel told WND. But how many of them understood what was being said is in question, since the arrest affidavit states that the words being exchanged between Akoa and his assailants were not in English.

All three of the suspects lived in the Portland area.

Each of the men were held at the Cumberland County Jail without bail.

Now, another Christian American man is dead, and why? Because the federal government, which was given authority to protect the American people via immigration has failed in its duty. But they haven’t just failed, in many of these cases, they have been complicit.