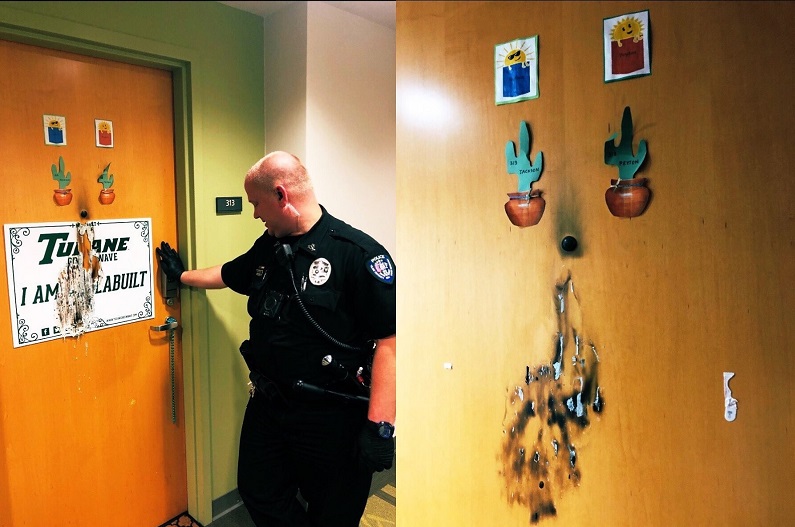 It seems that leftists won’t be happy until the blood of conservatives is literally running in the streets.  On Saturday, the Young Americans for Liberty (YAL) said that police were called to the Tulane University dorm room of Peyton Lofton, a student who is a chapter officer in the local organization.

According to the report, Lofton was recently doxxed by an anti-YAL social media account that exposed him for being a part of YAL.  But it didn’t stop there.  The report said there was an attempt to light Lofton’s dorm room door on fire.

“It’s a sad day in America when radical activists are lighting dorm room doors on fire because they disagree with you politically. I’m proud of the work I’m doing on and off campus with YAL and TPUSA to bring students to the principles of the Constitution and individual liberty. This only encourages me to continue the battle to reach my classmates with the message of freedom,” Peyton said in a statement.

“YAL stands behind Peyton and every other American college student that’s want to have real dialogue and debate on campus. If a socialist student is your neighbor, the answer is to engage and discuss the issues, not shame them online and light their door on fire. This type of violence must end. YAL will continue to reach thousands of college students with the message of the Constitution and individual liberty,” YAL President Cliff Maloney added.

This is Peyton Lofton, our chapter leader for @TPUSA at Tulane

The violent left is targeting students!

Wonder if the media will report this horrible crime against a campus conservative? https://t.co/0ER3O8NSD6

We’re not holding our breath…