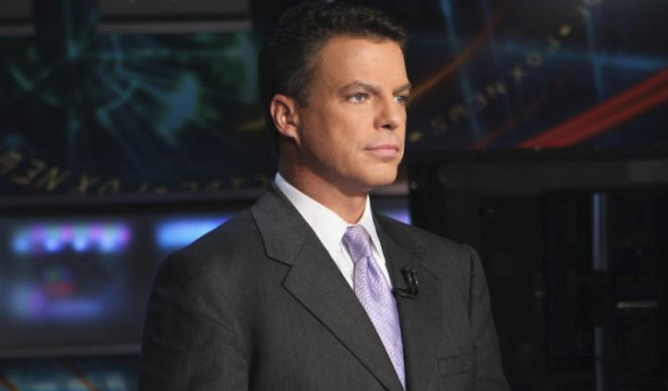 It’s been well known for a while that Fox News has supported the homosexual agenda, and that is thoroughly documented in Peter LaBarbera’s 40,000 paper, “Unfair, Unbalanced and Afraid: Fox News’ Growing Pro-Homosexual Bias and the National Gay & Lesbian Journalists Association (NLGJA).”  It’s also well known that host Shepard Smith is a “flaming” sodomite.  In an audio interview, a man accuses Smith of sexually assaulting him and going to the point where even though the man was pushing him off of him and telling him ‘no,” Smith continued to try and assault him sexually.

The audio is a short clip of an interview with Neil McCabe for Big League Politics and 35-year-old John Doe #1.

John Doe #1 claims to have met Smith at the Nation bar in Manhattan.  The bar is where Smith used to frequent to play Golden Tee and spend plenty of social time when he was not working.

“I wake up, and Shepard is on top of me, like, in a towel or a bathrobe. And he’s got his tongue down my throat and his hands all over me,” said John Doe #1 in the interview.  “Completely uninvited. I mean, I gave him no signal. There was nothing.”

“I had also volunteered to sleep in the spare, so it wasn’t — I never invited myself to his bedroom,” he added.

John Doe #1 referred to the encounter as “definitely shocking,” claiming that Smith lunged at him “three or four more times” after the first assault.

However, finally it stopped, but it took a lot of forcing Smith away, according to John Doe #1.

“He finally stopped, but it took a lot of — it wasn’t just an immediate no, and then everything was like, so sorry,” he said.

John Doe #1 also reference an assault in the kitchen when he was preparing to leave.  In a similar manner to the previous assault, he claims that Smith grabbed him and pushed his tongue into his mouth.

Why this man didn’t bring charges against Smith is beyond me.  Furthermore, why he didn’t immediately get his things and leave at the first assault is also mind-boggling to me.

Sodomites are filled with passion.  Just read the account in Genesis 19.  In that account, they are so lustful to unleash their depravity that even though they are struck blind, the Bible says they wearied themselves to find the door.

And they called unto Lot, and said unto him, Where are the men which came in to thee this night? bring them out unto us, that we may know them. And Lot went out at the door unto them, and shut the door after him,And said, I pray you, brethren, do not so wickedly. Behold now, I have two daughters which have not known man; let me, I pray you, bring them out unto you, and do ye to them as is good in your eyes: only unto these men do nothing; for therefore came they under the shadow of my roof.And they said, Stand back. And they said again, This one fellow came in to sojourn, and he will needs be a judge: now will we deal worse with thee, than with them. And they pressed sore upon the man, even Lot, and came near to break the door. But the men put forth their hand, and pulled Lot into the house to them, and shut to the door.And they smote the men that were at the door of the house with blindness, both small and great: so that they wearied themselves to find the door. – Genesis 19:5-11

The Bible also references another group of sodomites who attempted the same thing with a prophet in the Book of Judges.

Now as they were making their hearts merry, behold, the men of the city, certain sons of Belial, beset the house round about, and beat at the door, and spake to the master of the house, the old man, saying, Bring forth the man that came into thine house, that we may know him. And the man, the master of the house, went out unto them, and said unto them, Nay, my brethren, nay, I pray you, do not so wickedly; seeing that this man is come into mine house, do not this folly. Behold, here is my daughter a maiden, and his concubine; them I will bring out now, and humble ye them, and do with them what seemeth good unto you: but unto this man do not so vile a thing.But the men would not hearken to him: so the man took his concubine, and brought her forth unto them; and they knew her, and abused her all the night until the morning: and when the day began to spring, they let her go. Then came the woman in the dawning of the day, and fell down at the door of the man’s house where her lord was, till it was light. And her lord rose up in the morning, and opened the doors of the house, and went out to go his way: and, behold, the woman his concubine was fallen down at the door of the house, and her hands were upon the threshold. -Judges 19:22-27

In both accounts, even godly men acted inappropriately.  You won’t find an excuse from me for their behavior; and in both accounts, you will see that both sets of men were judged with death, one by the hand of God (Genesis 19:23-29) and one by the hand of men in accordance with the law of God (Judges 20).  However, what is noteworthy is the unnatural passion that these men in both accounts had and it was driven by God giving them over to those passions (Romans 1:24-28).

Allowing sodomy in America, and allowing it to be promoted in the streets, the schools, the Church, the media and the government has already shown to be a great judgment upon our land.  Isn’t it time we rid our land of this scourge just like our forefathers did?