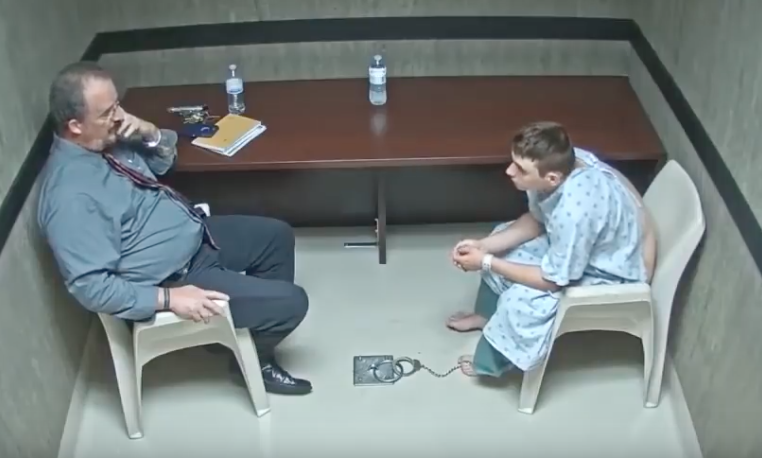 (INTELLIHUB) — Suspected Parkland school shooter Nikolas Cruz told police in a mid-February 2018 interview that a voice in his head told him to “hurt people” and said that he told a fellow classmate and his brother about what he was hearing inside his head.

Cruz told a police detective during the interview that he felt he needed to appease the voice he would often hear inside of his head or it would tell him to do bad things like “cut” himself.

The suspected gunman said that his late mother was with him before her death when he purchased five of his six long guns at various different local gun stores and admitted that he aspired to be an Army Ranger.

Cruz told the detective that he kept all of his firearms under lock and key in a safe located inside his brothers home because he needed to protect his guns/himself from the voice which may tell him to do wrong at any time.

An AR-15, an AK-47, three shotguns including a Mossberg 12 gauge and a Maverick 12 gauge, and a High Point brand rifle were among the firearms Cruz admittedly had legally purchased over a few year span.

Additionally, Cruz told the detective how people close to him were repeatedly hard on him and sometimes made him feel “stupid” despite the fact that he managed to hold down a steady job for two full years prior to the shooting.

Cruz also maintained during the interview that he does not recall ever posting the widely reported comment on any social media platform in which the poster using the screen name “Nickolas Cruz” wrote that they would be “the next school shooter.”

Is the suspected Parkland school shooter Nikolas Cruz legitimately crazy or was “voice of God” weapon technology used on his mind to get him to carry out such a heinous act?