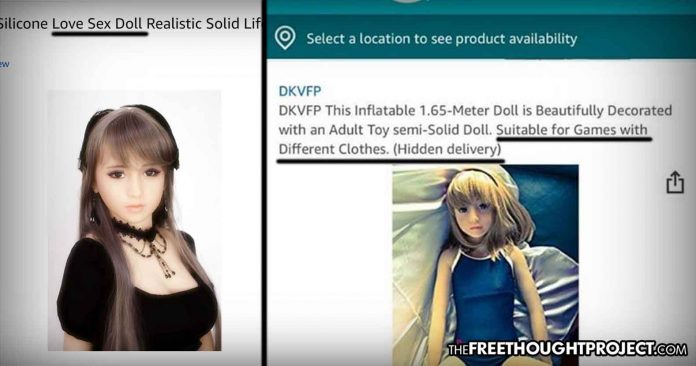 In what can be referred to as a modern day book burning, earlier this month, Amazon caved to pressure from politicians and began to purge information that challenged the established view on vaccinations. Multiple books were removed that promoted “alternative cures” for autism as well hit documentaries like Vaxxed: From Cover-Up to Catastrophe.

Regardless of how you feel personally about vaccinations, purging information in such a manner is alarming and should be cause for grave concern. Last month, during the hysteria over the measles non-epidemic, TFTP pointed out how this hysteria was being used to make massive shifts in online algorithms as well as legislation.

Not only do people react differently to different medicines, but these medicines are manufactured and administered by humans—who make errors—a lot. So, maintaining skepticism in the form of advocating for safe vaccines is a necessary counter balance to blindly accepting the word of companies who have been known to lie and cause harm to countless people — paying out billions to their victims.

Currently, across the country, there are over 100 bills filed in 30 different states proposing to expand, restrict or eliminate vaccine informed consent rights.

Now as this recent move by Amazon and others illustrates, those who promote vaccine safety are being treated as outcasts and lawmakers are literally calling for them to be silenced, and it is working. Sen. Richard Pan, D-Sacramento, who has sponsored mandatory vaccine laws throughout his career came out last month to threaten the speech of those who question forced vaccination.

In a letter to the Attorney General of the United States, Pan wrote that the “deliberate spread of vaccine information discouraging vaccination” requires the surgeon general to “stop this attack on our nation’s health by addressing the spread of vaccine misinformation.”

These people are not only moving to mandate vaccines, but they are going further by silencing those who speak out against such measures—a chilling notion indeed, one by which Amazon had no problem abiding.

Earlier this month, Rep. Adam Schiff (D-Calif.) sent a letter directly to Amazon CEO Jeff Bezos calling for the purging of this information.

“The algorithms which power social media platforms and Amazon’s recommendations are not designed to distinguish quality information from misinformation or misleading information and, as a result, harmful anti-vaccine messages have been able to thrive and spread,” reads his letter.

“The scientific and medical communities are in overwhelming consensus that vaccines are both safe and effective,” Schiff wrote in the letter. “There is no evidence to suggest that vaccines cause life-threatening or disabling diseases, and the dissemination of unfounded and debunked theories about the dangers of vaccinations pose a great risk to public health.”

After the letter was received, Amazon purged the information. In response to the removal of their material, the creators of Vaxxed were given a generic statement as to why their content was removed.

“Availability Issue: We are always listening to customer feedback and iterating on their behalf. During a quality assurance review, we found that the following title contains content that doesn’t meet our customer content quality expectations. As a result, all offers (‘Included with Prime,’ Buy, and Rent) have been removed. We will not be accepting resubmission of the impacted titles.”

Adding to the chilling notion of modern day book burning is that while Amazon claims the movie Vaxxed violated its terms, they apparently have no problem selling sex dolls that resemble children.

TFTP found multiple items listed for sale on Amazon that returned in search results on Google’s front page when we searched for “Amazon child sex doll.” The link brings you to a page on Amazon in which you can purchase a realistic looking, 4 foot 2 inch doll for sex.

While TFTP has previously reported on the benign nature of adult sex dolls, the disturbing nature of dolls modeled after children to be used for sex is worrisome to say the least.

If Amazon truly cared about “content quality” on their site, removing Vaxxed while allowing child sex dolls to be sold on its platform for pedophiles, is not a good way of proving that point. It seems that Amazon is more concerned with caving to political pressure than they are about upholding freedom of speech and fostering an environment that doesn’t promote pedophilia. Thanks for nothing, Jeff Bezos.