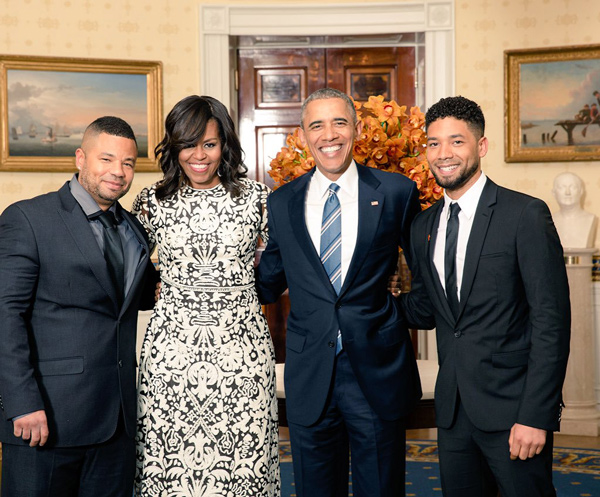 (Natural News) The Jussie Smollett hate crime hoax was planned at the highest levels of the (Obama) deep state and was intended to foment a race war across America, say multiple sources across the independent media. The official explanation that Smollett “masterminded” (if you can call it that) the hate crime hoax because he wanted a pay raise for his work as an actor on Empire just doesn’t hold water. He is reportedly being paid $65K per episode, bringing in more than $1.1 million per year. Yet we are supposed to believe he would risk his entire career (and significant earnings) to try to push for an increase in his pay?

It doesn’t add up, and several independent media investigators are already starting to dig deeper into the Smollett fiasco. Dave Hodges of The Commonsense Show, for example, writes that a Confidential Informant (CI) says a deep state federal agent was actively involved in plotting the hate crime hoax. Via Dave Hodges:

I am in receipt of a federal agency source who claims that they have knowledge that the staged attack upon Smollette had the participation of a federal agent, but not necessarily the federal agency to which he/she belonged… The obvious purpose of this fake attack was to promote heated racial division and to bring into drama the participation of LGBT political interests because Smollette is admittedly gay. This also has the fingerprints of George Soros because this is just the kind of thing he does repeatedly to promote civil discord by manufacturing racial incidents and promoting them to incite racial division that culminates in violent public protests.

Hodges explains that the attorney of the Nigerian brothers deserves a closer look, as her actual name appears to be clouded under a bizarre history of various aliases and different last names.

"This morning, I come to you… as a black man who spent his entire life living in the city of Chicago… Jussie Smollett took advantage of the pain and anger of racism to promote his career." pic.twitter.com/CEMWx5udY1

It goes all the way up to Obama, reports Jones

Similarly, Alex Jones from InfoWars announced live on the air this morning that a high-level government source informed him that this attack was crafted and pushed by the Obama deep state. Indeed, the whole thing smacks of precisely the kind of “community organizing” that Obama is well known to coordinate and promote.

Remember: Everything the Left does is rooted in fakery and fraud. Even the Russia collusion narrative is a complete hoax. “Hands up don’t shoot” was a hoax. The “train rape” claims against Kavanaugh were a hoax. Many observers say the Charlottesville vehicle attack was instigated or staged, too. Barack Obama and Eric Holder tried to pull off a massive gun crime hoax with Operation Fast and Furious, and there are elements of nearly every mass shooting that raise huge questions about the authenticity of the reports surrounding those events (such as the fact that Broward County sheriff’s deputies were ordered to stand down outside the school and did nothing while the shooting took place).

From gun control to toppling Trump, every goal of the radical Left is consistently pushed with the help of faked elements or false flag events. As Alex Jones explained today, “This is an Obama operation,” referring to the Smollett false flag, for which Smollett has now been charged with a felony. Smollett even faked the hate letter he mailed to himself, according to Chicago police.

Never forget that the fake news left-wing media said anyone who didn’t believe Smollett’s original claims was a “conspiracy theorist.” This is how they attempt to shut down any questioning of the false flag hate crime hoax. As a matter of fact, those who questioned Smollett’s hoax were the real journalists, while those promoting the hoax were the fakers.

The real questioning has only begun. Many more questions need to be asked on this, such as:

Where are the investigations into these political activists for promoting a dangerous conspiracy that almost pushed America into a bloody race war? Remember, every one of these media hacks conducted zero fact checking and ran with the Smollett claims, touting them as established facts when they were, in fact, fabricated lies. Yet there isn’t a single one of these propagandists who has been fired, or criminally investigated for their role in this dangerous conspiracy to deceive America and foment a race war.

Why is the left-wing media allowed to continue pushing utterly fabricated hoaxes at the expense of America?

It’s time to expand the criminal investigation beyond Jussie Smollett and look at who really planned it and who catapulted it into public consciousness in a highly irresponsible, dangerous manner.

Could this photo be a clue about who was really involved?