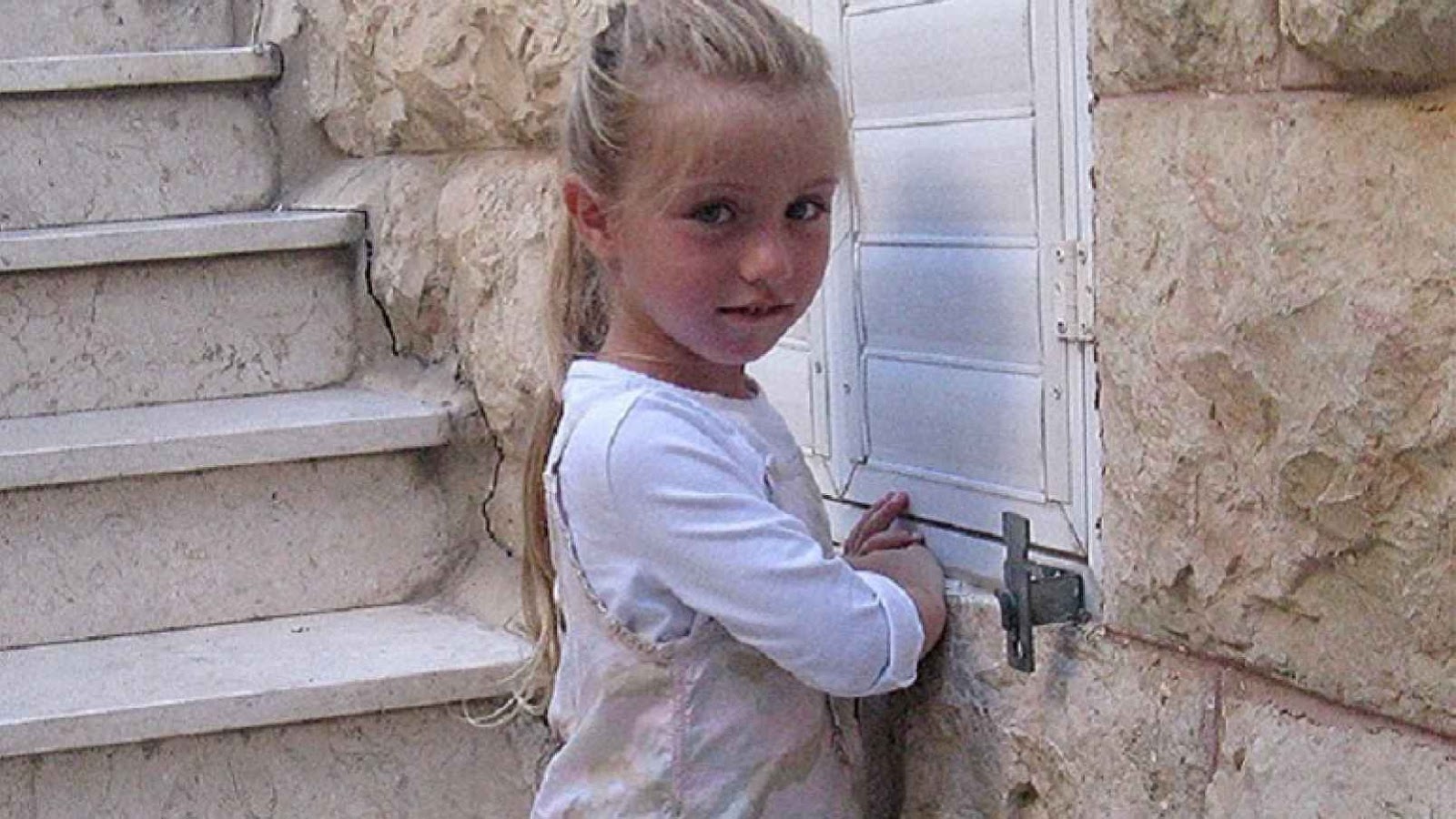 Seven years ago, Mohammed Merah pointed a gun at the head of 7-year-old Miriam Monsonego.

The blonde little girl was the daughter of the school principal and moments ago had been playing in a French schoolyard. The Monsonego family were Jewish immigrants from Morocco. The Ozar HaTorah school invaded by the Muslim terrorist was home to the children of Jewish refugees from North Africa and the Middle East who had fled to France after their countries had fallen to Muslim rule.

North African Jews had first received equal rights under French rule. When the French left, Jews lost their lives and their rights. Many began new lives again in places like Toulouse and its schoolyard.

But the Muslim violence that had deprived them of their rights and their lives followed them there.

Before Miriam, Mohammed had murdered a Rabbi and his two little boys, six and three years old. The other children ran. He cornered Miriam, grabbed the little girl by her hair, and pulled the trigger.

A miracle happened and the gun jammed. But with the determination that made him a hero to many French Muslims, he didn’t give up. He switched guns and shot her.

As she lay bleeding, he lifted up her head and shot the dying little Jewish girl two more times.

Miriam died in her father’s arms.

“I kissed her, I said ‘goodbye’, I did not think it was going to be the last time,” her mother later said.

Seven years later, the brutal Islamic massacre of March 19 was commemorated in France, but forgotten outside it. The same American corporate media focusing in detail on shootings in New Zealand, with a special emphasis on the victims, hadn’t paid much attention to Miriam even right after her death.

An AP story of a little over a hundred words briefly covered the anniversary. Miriam’s name was left out.

But the story isn’t over. It’s just beginning.

In 2018, anti-Semitic acts increased 74% in France. Mohammed Merah, Miriam’s killer, remains a hero to many Muslims. Even though both Merah was a terrorist trained in Pakistan and Afghanistan, a popular French documentary portrayed the killer as suffering from mental illness. “I Love Death as You Love Life”, a play by Mohammed Kacimi about the terrorist was condemned by families of the victims.

The play was based on Merah’s rants to the police in which the “soldier of Allah” declared that Jews had to be “removed from the face of the earth” and that he regretted not being able to “kill more Jews”.

A year after the massacre, a man wearing an Arafat shirt was photographed performing the quenelle, an ironic version of the Heil Hitler salute spread by Muslim and leftists in French pop culture to taunt Jews, outside the school. Muslim hip-hop acts in France have celebrated Merah and his murderous spree.

Merah’s massacre of Jewish children was not accidental. Nor was it one man’s horrifying crime.

The origins of the attack lay in Islamic anti-Semitism. Merah identified as a “soldier of Allah”. His murderous hatred for the Jews came not merely from YouTube videos, but Islamic family values.

Mohammed had been “raised to be an anti-Semite because anti-Semitism was part of the atmosphere at home,” Abdelghani Merah, his brother, had said.

Another brother was an Al Qaeda supporter who was sentenced to twenty years in prison in 2017. Souad, his sister, praised Mohammed, and said that, “Jews deserved to be killed.”

When the New York Times ventured into a Muslim neighborhood in Toulouse later that year, it had no trouble finding locals who praised the Muslim terrorist as a “hero” and a “martyr of Islam”.

A Muslim family tried to name their child after him.

To understand the origins of Rep. Omar or Rep. Tlaib’s anti-Semitism, look to the Merah family.

Shortly after the attack, a rally in support of Merah was held. Slogans in support of the Muslim terrorist were spray painted outside the site of the massacre and near the Great Synagogue of Toulouse.

The 2019 anniversary commemorations were held behind barricades under the protection of a heavy police presence. The Interior Minister described the dead as, “victims of anti-Semitism, this poisonous infection.” But there was no mention of the Islamic motivations for the massacre of Jewish children.

Statements by public officials attributed the attack, along with so many others, to “barbarism”, to “radicalism” and to “racism”.

“Seven years after the massacre,” Miriam’s father, Yaacov Monsonego, who still works at the school where his daughter was murdered, said: “Seven as the number of victims. As the age of Miriam, the little princess who should have been in her class right now.”

A few of Miriam’s classmates, now teenagers, remembered her as being a very special girl.

Outside the school, the haunting sounds of El Moleh Rachamim, Lord of Mercy, the Jewish prayer for the souls of the dead, rang in the air. “Holy and pure, they shine like the radiance of the heavens”, “beloved children who were murdered”, “shelter them eternally under your wings”, and “the Lord is their inheritance, may they rest in peace”.

Miriam, who will always be seven, and never eight, who will never join her classmates at the mall, will never date, will never have children of her own, is at rest on Jerusalem’s Har HaMenuchot, the Mount of Rest, where no one will scrawl Islamist slogans on her grave or perform the quenelle in front of it.

The Jews of Toulouse are also leaving. The Jewish Deputy Mayor of Toulouse urged the Jews to stop wearing identifiable clothing and declared that, “the future of the Jewish people in Europe is hopeless.” 600 Jewish families had left Toulouse and emigrated to Israel since the brutal schoolyard attack.

Merah’s crime had accomplished its purpose. The ethnic cleansing of the Jews of the area.

The Deputy Mayor was soon forced to apologize for blaming Jewish flight on political Islam and the sizable Muslim population. Toulouse’s mayor relived him of his duties and demanded his resignation.

In an echo of the Democrat refusal to support a resolution condemning Rep. Omar’s anti-Semitic comments, a move to have Muslims condemn anti-Semitism last year met with “violent” opposition.

The prophet of Islam, the leader of an interfaith dialogue group “told us about the final and decisive battle: ‘Judgement Day will not come until the Muslims fight the Jews. The Jews will hide behind the stones and the trees, and the stones and the trees will say: Oh Muslim, oh servant of Allah, there is a Jew hiding behind me, come and kill him.'”

The infamous Hadith not only appeared in the Hamas charter but is popular in the Muslim world. And the Islamic hate that killed Miriam still haunts the darkening streets and homes of Toulouse.

Many of Toulouse’s Jews had fled Islamic hate in the Middle East. They are fleeing it again in France.

The Muslim massacre of Jewish children in Toulouse came a few weeks after the Jewish holiday of Purim. Miriam and the other murdered children would have had one last year in which to dress up in costumes, eat candy and enjoy life in celebration of G-d’s defeat of Haman’s plot to massacre the Jews.

2,400 years ago in the Middle East, a man named Haman wrote a fatwa to, “exterminate, murder and destroy all the Jews, from lads to elders, children and women.” The Hamans of Islam have written countless such fatwas. “There are no civilians in Israel. The population—males, females and children—are the army reserve soldiers, and thus can be killed,” Sheikh Rashid Ghannouchi declared.

The New York Times dubbed Ghannouchi a “moderate”. The Washington Post praised him as a “scholar” and a “voice of hope”. Reuters called him a “respected scholar”. Obama’s State Department feted him.

The same media outlets that have cried in outrage over the New Zealand mosque shootings praise the “moderate” Islamist “scholars” who urge the mass murder of Jewish children.

Purim celebrates the defeat of Haman’s genocidal plot. But the Hamans of today are all the rage.

The seventh anniversary of the massacre occurred only a few days before Purim under the shadow of murderous Islamic anti-Semitism around the world, from threats in Toulouse to rockets over Tel Aviv, from Rep. Omar’s anti-Semitism in Washington D.C. to support for Iran’s nuclear program in Brussels.

Its brief prayers are quickly silenced by the media’s propaganda, smears and silence.

The children of Toulouse who stood at a vigil mourning their dead classmates will once again put on costumes, deliver treats and sing. But they will do so quietly because, though it cannot be said, Toulouse has more Mohammeds than Mordechais. And many of them call Mohammed Merah a role model.