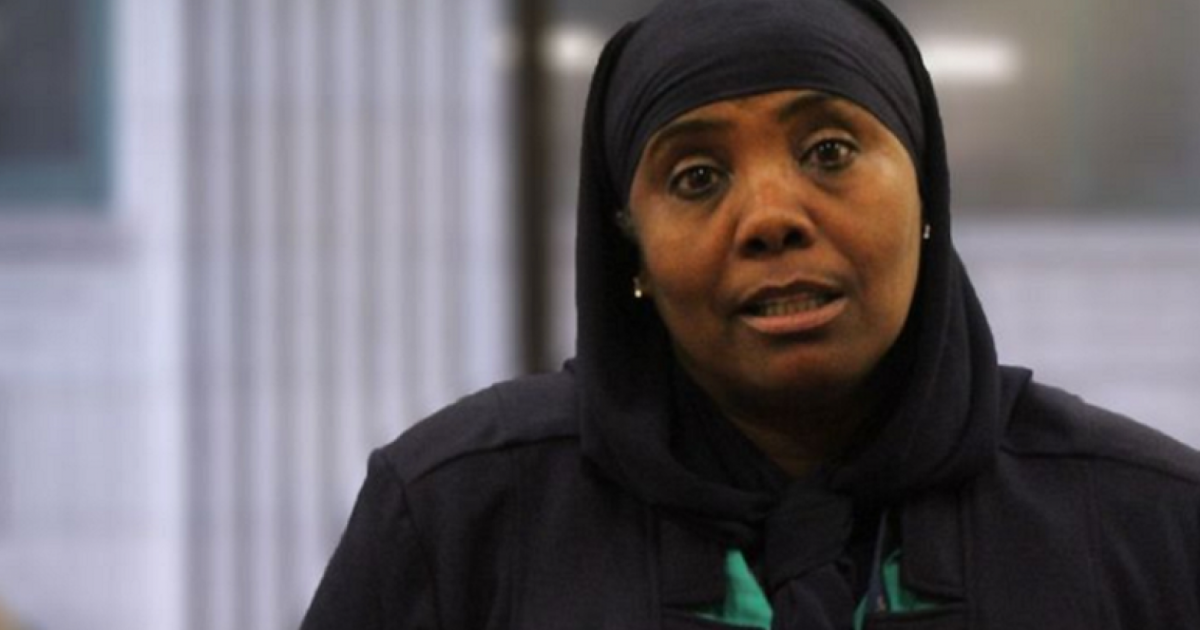 Ibrahim Hooper, call your office: there was an outbreak of “Islamophobia” Monday at the Pennsylvania State Assembly. Luckily, Muslim state Rep. Movita Johnson-Harrell was there to blow the whistle on this bigotry and hatred.

The “Islamophobia,” according to journalist Todd Starnes, was committed by another state Representative, Stephanie Borowicz, who prayed this to open a legislative session: “Jesus, you are our only hope. At the name of Jesus, every knee will bow and every tongue will confess Jesus, that you are Lord.”

Johnson-Harrell was livid. The prayer, she declared was “highly offensive to me, my guests, and other members of the House.” In a statement, she added that the prayer “blatantly represented the Islamophobia that exists among some leaders — leaders that are supposed to represent the people. I came to the Capitol to help build bipartisanship and collaborations regardless of race or religion to enhance the quality of life for everyone in the Commonwealth.”

There may be a real point in there. Rep. Borowicz’s prayer may have been inappropriate in a setting in which not everyone present was Christian. We have, however, seen many imams say prayers at various legislative bodies that are not non-sectarian, but manifestly Islamic and even condemning of Jews and Christians, while the non-Muslim lawmakers stand with oblivious heads bowed.

But “Islamophobic”? This illustrates how absurd charges of “Islamophobia” are, and how any manifestation of faith other than Islam is sometimes seen as offensive to Muslims. We have seen this before. Buried in the concluding paragraphs of a Christmas Eve 2018 Washington Times report about Muslims in Uganda forcing Christians to convert to Islam was the extraordinary revelation that in that country, Muslims now consider any public statement of the Christian Faith to be a calculated insult to Muslims, for which they can justifiably exact revenge.

“In June,” the Times reported, “a group of Muslims attacked Christian preachers in eastern Uganda during a ‘crusade,’ where Christians publicly profess their faith and invite others to join. Muslims in the town accused the Christians of mocking Islam by publicly saying Jesus was the Son of God.”

The Christians appealed to the Muslims to have respect for those of other faith; the Muslims responded with contempt. One Muslim, Abubakar Yusuf, declared: “We have now declared a jihad against them. We are not going to allow anybody to despise Islamic teachings at their church or crusade. We will seek revenge.”

How did the Christians “despise Islamic teachings”? By preaching aspects of Christianity, such as the divinity of Christ, that Islam denies. The Christians, knowing how delicate their situation was, would never have dreamed of actually saying something critical about Islam itself; but to the Muslims who heard them, just enunciating the tenets of their Christian faith was criticism enough. And they refused to stand for it.

That incident, and now Johnson-Harrell’s “Islamophobia” charge, are, or should be, sobering news for the comfortable Christians of the West who have made an idol out of “interfaith dialogue” and fastidiously avoid saying anything remotely critical about Islam, even as the Muslim persecution of Christians continues worldwide.

A few years ago, when jihadis attacked AFDI’s Muhammad Art Exhibit and Cartoon Contest in Garland, Texas, some Christians castigated me for co-sponsoring and speaking at the event. They said that we were being needlessly provocative, poking Muslims in the eye, goading them, etc.

These charitable and enlightened Christians said that Christians should instead be deferential to others’ religious sensibilities. At the time, I responded to these people by explaining that giving in to violent intimidation (our event was a response to the jihad murder of the Charlie Hebdo Muhammad cartoonists in Paris) would only encourage more violent intimidation, and that given the fact that Muslims frequently found even basic expressions of Christian faith to be “provocative,” they were effectively cutting the ground out from under themselves and their children, making it impossible for them to practice Christianity in the future.

Movita Johnson-Harrell has now provided more proof that this was correct. By calling Borowicz’s prayer “Islamophobic,” she is in effect saying that the public expression of the Christian Faith mocks Islam and despises Islamic teachings.

The lesson is clear. If the advice of the cosseted, suburban Western Christians who were excoriating me for the Garland event is to be heeded, Christians should make no public expression of their faith at all, and convert to Islam, so as to avoid mocking, provoking, and offending Muslims, and poking them in the eye.

And when it comes to it, that is most likely the exact thing that those Christians will do. It’s already beginning: Pennsylvania House Minority Whip Jordan Harris, a Democrat (of course), stated: “Let me be clear. I am a Christian. I spend my Sunday mornings in church worshiping and being thankful for all that I have. But in no way does that mean I would flaunt my religion at those who worship differently than I do. There is no room in our Capitol building for actions such as this, and it’s incredibly disappointing that today’s opening prayer was so divisive.”

So Harris says that Christians must not flaunt their religion. Not coincidentally, that is exactly what Islamic law says about Christians: that they should carry on their worship quietly, behind closed doors, and never make public display of it. Oh, and by the way, speaking of flaunting one’s religion, Movita Johnson-Harrell wears a hijab. Harris is not on record objecting to that kind of flaunting one’s religion.

The Christian Harris who deplores Rep. Borowicz’s prayer should calm Movita Johnson-Harrell’s rage by converting to Islam and thus removing the source of her feelings of offense. Watch for it.