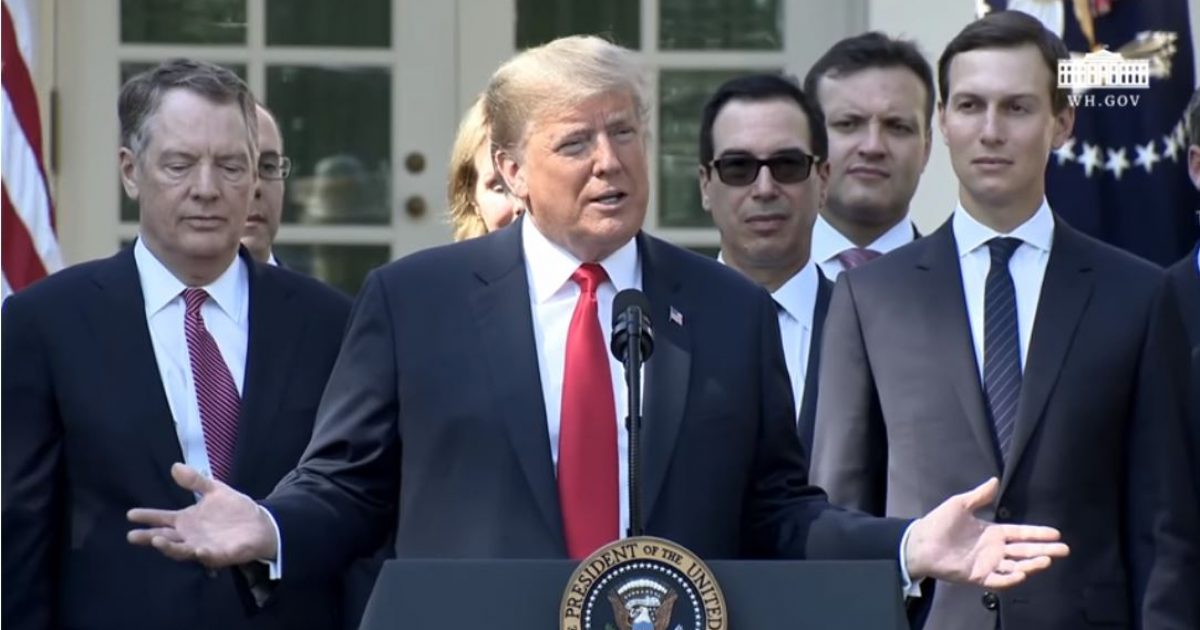 On Wednesday, WAJR reported that an unidentified 42-year-old man was arrested in West Virginia following a lengthy shutdown of Interstate 68.  According to the report, the arrest was made following threats to murder President Trump and blow up the Pentagon.

“As a result of the investigation based on a traffic stop that occurred earlier [Wednesday] morning, it had been discovered that threats were made to kill the President of the United States and to blow up the Pentagon. A search of the vehicle revealed a firearm and an explosive powder. A 42-year-old male has been detained for questioning. WVSP, in conjunction with the FBI and Secret Service, are continuing to investigate. The interstate has been reopened,” said a press release from a WVSP Spokesperson Capt. Shallon Oglesby.

Authorities did not release the name of the suspect, WAJR said.

The suspect’s gray sedan, with Missouri license plates, passed Trooper First Class D.W. Satterfield, of the Bridgeport Detachment, going about 130 mph, according to the WVSP. The two were in the westbound lane and Satterfield stopped the car.

According to a release, the driver seemed stressed and confused; he made concerning statements causing Satterfield to believe there was an explosive device in the car. The man was removed from his car without incident and detained.

Three explosive detection K-9s with WVU Police alerted to the presence of explosive material in the car, the release said. Members of the WVSP Explosives Response Team searched the vehicle and did not find an explosive device. The car was towed away about 2:30 p.m. and the interstate was reopened.

This is the modern unhinged left, thanks in large part to radical Democrats like Maxine Waters and extremely biased reporting from outlets like CNN and MSNBC.